In the wake of generations Y and Z 2012 is the year of Active Ageing and Solidarity Amongst Generations in the European Union, as a result of which clashes and problems between generations and age-groups and their solutions are again in the spotlight. The topic has been handled by many for years by doing research, publishing studies and books, organising lectures and talks. 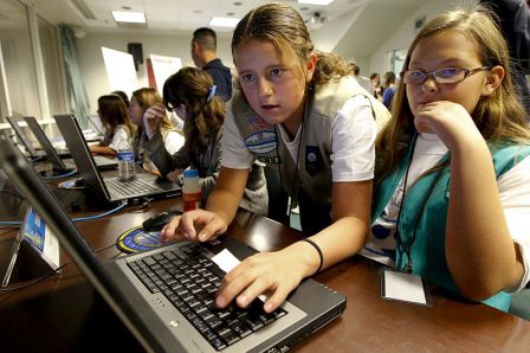 As for the Hungarians, mostly the effects of the new information society, the problems of the Y, also called the ‘80s generation are being observed. The first large-scale Hungarian research dealing with the topic was Youth2000 (Ifjúság2000), which weltered with the contribution of the Socio-political and Labour Institutions. This project was later repeated twice, in 2004 and in 2008. The aim was to provide a representative survey, its results show the main trends in demographic and familial relations, work and market situation, financial and residential situation as well as the lifestyle of the 15-29 age-group. Thanks to the three different sources, the changes over the years in the situation of youngsters can be tracked down. This year’s figures will supposedly be published in 2013.

Youth2008 gives a rather depressing picture of the state of the youth. The research had 8076 participants from the age-group 15-29. Three quarters of them were over 18, so counted officially as adults. Only one third of the contributors had left the family home. Some of them were living with their own families, many with their spouse or companion, but quite a few of them spent their days completely alone. A very unexpected result is that almost half of the participants were still students of an educational institution, and only one third was financially independent from their parents. It is also important to emphasise that a relatively large part of those still living with their parents have permanent jobs.

Recent results of an Eurostat survey concerning the rate of unemployment in the European Union show the situation even worse. Unemployment within the Eurozone has reached 10.4%, and in this percentage people younger than 25 years are highly represented: more than a fifth have no jobs. The worst indices go with Spain, almost half of the youngsters living there are unemployed. Youngsters in Greece and Slovakia also have to face serious problems, according to the indices 47.2% in the first one, and 35.6% in the latter are at the loose end. In Hungary, this figure is ‘only’ about 25%.

The first initiative that analyses the ‘80s generation, those born between 1980 and 1989, growing up and looking for jobs after the political changes, with certain experiences, culture and perspectives, those who were not influenced by the socialist ideology - these people were first examined closely in a project by Hungarian Kontra Workshop. Young social scientists were asked to investigate on the issue following individual aspects, and then present the outcome at a conference. Later on the results were published in a study. This volume examines the phenomenon from aspects like expressing feelings, relationship parameters, the conversion of family models, or the changes in the concept of community.

Psychologist Annamária Tari, who published books under the titles ‘Generation Y’ and ‘Generation Z’, tries to avoid using plain figures. In these books she describes the difficulties of youngsters from psychological and emotional aspects, as well as giving answers to questions in connection with generation gaps. According to her, today youngsters need to face the effects of the information society, the communication craze and the consumption-centred approach of the world, which are hard to understand for the elder generations. For them, workplaces meant a safe and steady point for a lifetime, while nowadays those spending more than one year at the same workplace can consider themselves lucky. With all of this it really is a challenge for us to stop and relax, not only because of the lack of time, but because it feels like wasting time and lagging behind with work. It is quite typical that people go on vacation with laptops and their mobiles turned on, and they jump for the first call. People need to be prepared non-stop, since their jobs are at stake. The most immense difference has developed between generation Z (today’s teenagers) and the elder generations, the ones over 60. They barely understand each other, they grew up in a different milieu and world approach. Technological advances are already available for teenagers, using mobiles, PCs and the Internet is evident, and they spend most of their free time actually using them. On the contrary, only a tiny fraction of the elderly can use the computer and the Internet, for them these incredible technological innovations are not easy to follow, almost impossible to make up for the arrears. This was also emphasised by Annamária Tari in a discussion recently organised in Európa Pont in Budapest: ‘Generation problems have always existed, since every generation differs a bit, but this is uncommon. Until now, the direction of socialisation pointed from the elderly towards the youth, but today the youngsters own knowledge, and they forward it to the elders.’

Everybody wants to be a meme

During this discussion, numerous times was mentioned the evolution of today’s teenagers’ self-image in connection with communal media. According to Tari, our online personality does not reflect our real personality, it is rather a revised version of it, the constant polishing of which makes youngsters more narcissistic. So we need to pay attention to the online self-showdown of teens and keep their appearance in check, because ‘everybody wants to be seen, everybody wants to be a meme’, everybody wants to become popular, and the Internet gives an awesome chance for that.

Closing the generation gap and bringing about solidarity is a fundamental goal, but it is quite tough a task. It could be carried out in many different ways: on one hand, elder generations should be integrated into the information society. To do so, a great number of different programs are being organised, courses of PC use, Internet-surfing opportunities for the elders. On the other hand, personality development and self-knowledge lessons are necessary from a very young age, since the values of this changing society are hard for parents to pass along. Moreover, the relief of youngsters would be crucial: steady workplaces and relaxed surroundings are needed.

Hungarian article by Tamás Kovács, Translated to English by Fanni Gaál, Photos by Just Another Shot on FlickR