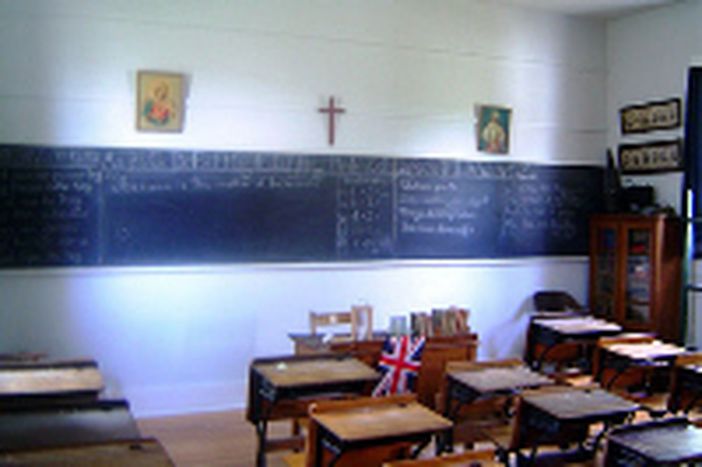 Education and Islam: keeping the faith

Are state faith schools a viable solution to integration problems in Europe?

The French call it la rentrée, the Germans der Schulbeginn. But as children across Europe return to school after the summer break, one issue in particular is proving to be as divisive as ever. With France having taken action as recently as 2004 in order to outlaw “conspicuous religious symbols” from its schools and to defend what the government argued was an increasing threat to the country’s cherished tradition of laïcité (or separation of church and state), and several German Länder still engaged in their own debates about whether to allow the wearing of headscarves in state schools by Muslim children and teachers, the question of what role – if any – religion should play in Europe’s schools never seems to be far from the headlines.

In Britain the debate has been no less heated. But with the Monarch also holding the title of “defender of the faith” and the Prime Minister de facto appointing the head of the Anglican church, discussions do not focus on separating the church and state, since the two have long been intrinsically linked. Instead the matter currently occupying many a newspaper column inch is that of faith-based education. Although religious schools are nothing new in Britain – the Church of England, for example, is responsible for the education of some one million British children in over 4,700 schools – today the issue has taken on new meaning. The Blair government now wants to fund schools representing other religious groups, such as the country’s 1.5 million Muslims. As prominent liberal commentator, Polly Toynbee, puts it, “the constitutional absurdity of an established church once seemed an irrelevance [but now] it obliges similar privileges to all other faiths.” The result has been an expansion in the number of Muslim state schools: the government now plans to bring up to 100 existing Islamic schools into the state system in the coming years, as well as the establishment of a state school for Sikhs in Hillingdon, West London. The green light has also been given to a Hindu state school in Harrow.

With recent terror plots again raising the question of just how integrated Britain’s ethnic minorities really are and why albeit very small numbers of British Muslims have been drawn to strands of Islamic fundamentalism, critics of government policy, such as the National Secular Society (NSS), say that segregating children at school on religious grounds is clearly a step in the wrong direction. As its executive director, Keith Porteous Wood, argues, “this increasing tendency to define children by their parents’ religion will increase ignorance and suspicion between communities that will have even less opportunity to get to know each other.”

Not so, retort government ministers. They argue that the best way to keep track of what children in religious schools are being taught is to bring them into the state system where they can be more closely monitored. Besides, they say, twinning arrangements between different religious schools will help to foster intercultural understanding. And as Dr Muhammad Mukadam, director of the Association of Muslim Schools UK (AMSUK), points out, children attending religious schools tend to achieve better exam results than those at secular state schools. The religious ethos such schools promote is said to result in better disciplined and more focused students. Critics counter that this has less to do with religious education per se and more to do with the fact that faith-based schools can select their students, whereas other state schools cannot. But as Trevor Phillips, head of the Commission for Racial Equality (CRE), argues, detractors of the government’s policy are in danger of suggesting “that Muslims can’t be trusted to run schools, like Christians have done for centuries.” By implication if the current system of church-sponsored state schools is not dismantled then the question of offering other religions their own schools is simply one of equality.

Whether the Blair government’s approach will bear fruit in the wider battle against social exclusion and religious fundamentalism remains unclear. But the recent uncovering of an alleged plot by young British Muslims to bomb transatlantic airliners again illustrates the scale of the challenge faced. But the policy’s supporters point to the failure of France’s alternative “integrationist” model, as witnessed by the violence and rioting that engulfed the country’s banlieue estates at the end of 2005, as proof that the strict defence of the separation of church and state, as well as the insistence on immigrant communities adopting state-defined norms and values, has achieved no more success than its British “multiculturalist” counterpart. Indeed, with 20% of French children this month returning to independent (though largely state-subsidised) Catholic schools, even in France the issue is not as clear cut as many would like to think. And with secular Turkey now an official candidate for EU membership, the question of whether religious beliefs, like children’s coats, should be left at the classroom door is one that is likely to go on being debated far beyond the next school term.