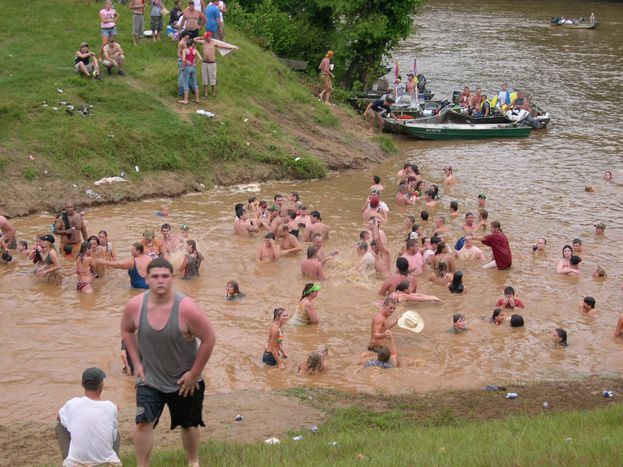 Editors' advice: Where not to take your summer holiday in 2014

Guided tours, jellyfish or posh London restaurant Bob Ricard…You could easily find yourself in the worst parts of Europe this summer. And since this type of thing only happens to other people, cafébabel will guide you away from the bad holiday spots this year

'Forget the film. Under the Tuscan sun is not the best place to spend your holidays. At Forte dei Marmi you can smell just as much bullshit as you would watching the Italian film Sapore di Mare ('Time for Loving', 1983).

Senile actors, burnt from a brief career at the top, still meander around Sunset Boulevard. Like magnets, they attract cheap and tasteless crowds: men full of testosterone with tufts of badly-died ink black hair and shiny golden chains, and women with sunburnt breasts, frayed skirts and stonewashed jeans. Particularly recommended if you would like to hunt down to the next Italian version of French singer Jean-Roch' 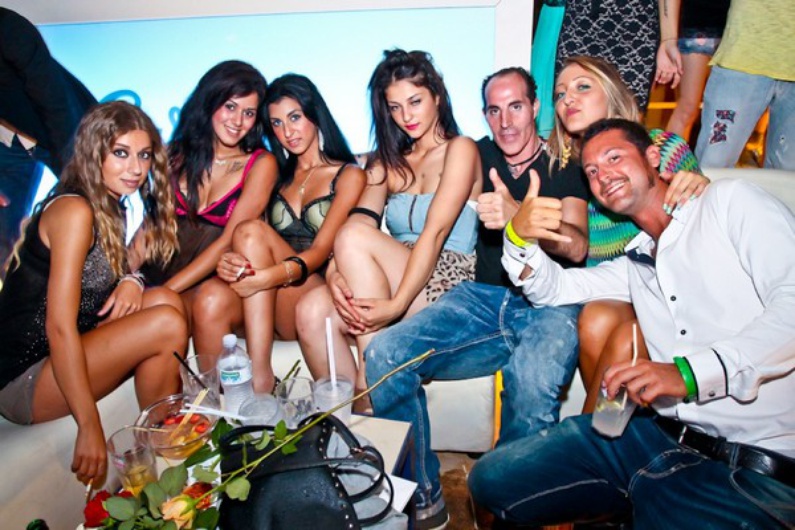 'A trip around Bosnia and Herzegovina is eye-opening in every sense of the word: you can still see gunshot holes in the walls, or signs of landmines, from the late nineties conflict and siege of Sarajevo. In particular, everyone wants to visit the famous, beautiful bridge which collapsed in the picturesque city of Mostar in the south of the region, not far from the Croatian sea. But there's always about four tourists for every of the bridge's squared smooth and slippery pavestones, with its flamboyant diver on the middle, to the rest of the little street of a town. Avoid at all costs, and head there in cooler temperatures, where you can at least join other local tourists'

'Some may call it hell, with its armies of 100, 000 Brits against 100, 000 Germans who come to colonise the beaches with bucket-loads of bottles of Smirnoff and SPF 50 suncream. For the Benidorm locals, one week in summer usually lasts eight days. The décor suddenly takes on fuchsia tones, forcing the natives to crawl through a sea of blinding fluorescent sarongs. Badly braided hats, white suits, cheap tattoos…everything looks like something awful left over by Scarface. In Spain, they say that Benidorm is the 'Little Las Vegas'. I’m sure that even in Vegas, expensive sangría has less of a stench of raisins' 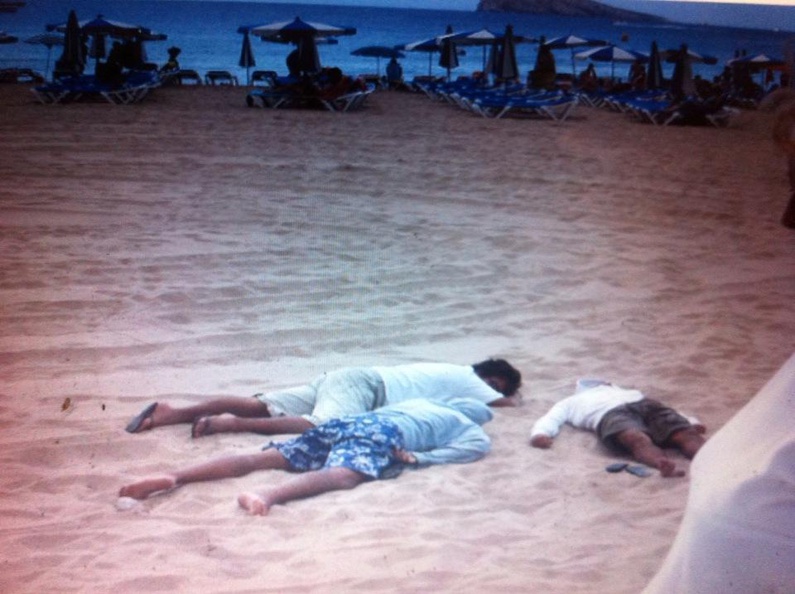 'If you want to be hipster compatible, even for holidays in Germany, then Berlin is the answer. However, if you believe in the traveller’s bible Lonely Planet, you might find yourself in Füssen, which is literally the middle of nowhere. Welcome to Neuschwanstein castle in the heart of Bavaria. As you may have guessed, Louis II of Bavaria’s fortress is certainly the biggest German tourist point, and each summer attracts everyone in the world to get stuck on the way to the Austrian border - precisely, to queue. Even those who have the sufficient mindset for waiting for three hours could be disappointed by the guided tour, which is one of the most garish examples of manipulation of the masses. Just like the in hipster cafés in Berlin, you won’t bump into a single German around Neuschwanstein, which for two months becomes almost a region of Japan, full of tourists shouting 'Photo! Photo!'' 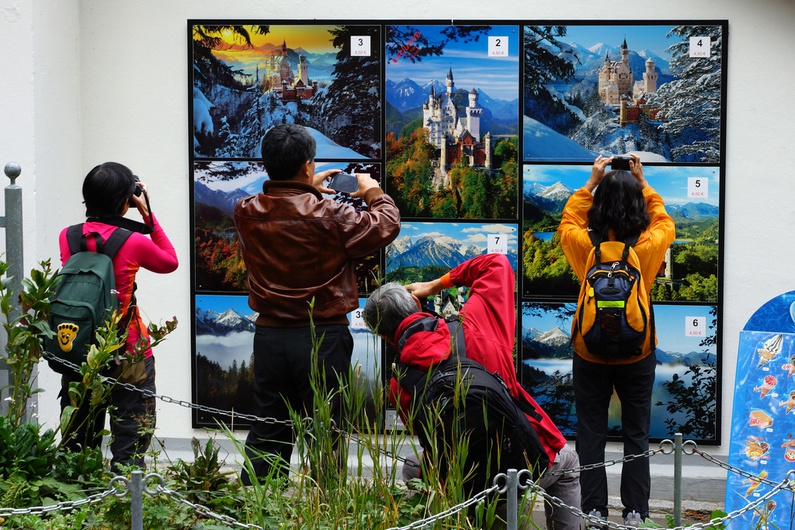 'It doesn't matter if you're at Władysławowo, Jurata, Jastarnia or even Krynica Morska, the Polish resorts on the Baltic sea saw all their hype after the war. That's all over nowadays, for the same as everywhere else. We'll spell it out for you: drunk foreigners, paved hotels, too many families. Three arguments that will help you lose the will to learn more about Poland. In summer, at least' 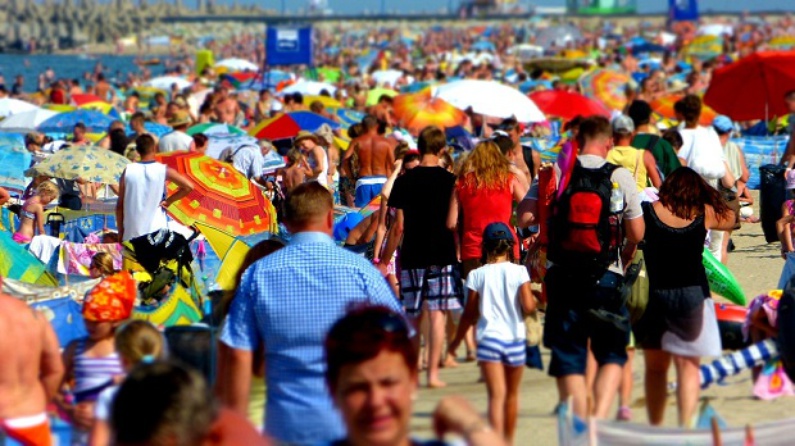 For all those who are too good for the popular and populous Côte d’Azur, the almost-isle of Guérande has become the symbol of a chic and calm Brittany. Except that in full season, when you don’t have the budget of wealthy Parisians who live in Croizic or La Baule (islands facing la Guérande), you will end up with the calmest of calm. Between the leisure centre which is crawling with spotty teenagers and the town centre with its hoards of posh people in Lacoste polos, it’s not exactly going to be swinging. Far away from all that by the coast, where your hotel is, you will discover that it is magnificent and slimy - like the plump, 40cm diameter jellyfish that you are going to walk on. They get washed up in entire colonies, accompanied by little clumps of fuel oil in the first storm of the season. It's enough to make you want to go and swim on the day when the water is finally warmer than 20°c' 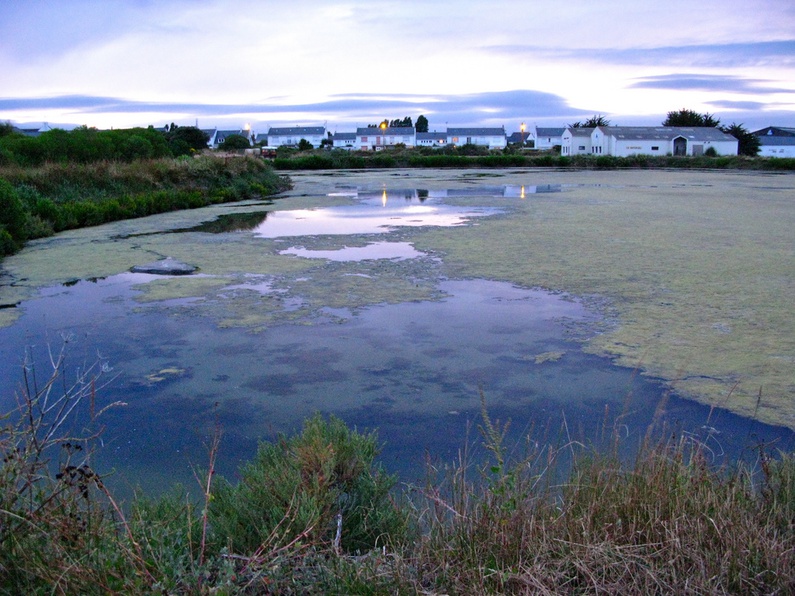 Since we are sheltered from nothing (even when working in a pan-european media centre) we are open to all other suggestions for where NOT to be this summer. Contact: redaction@cafebabel.com