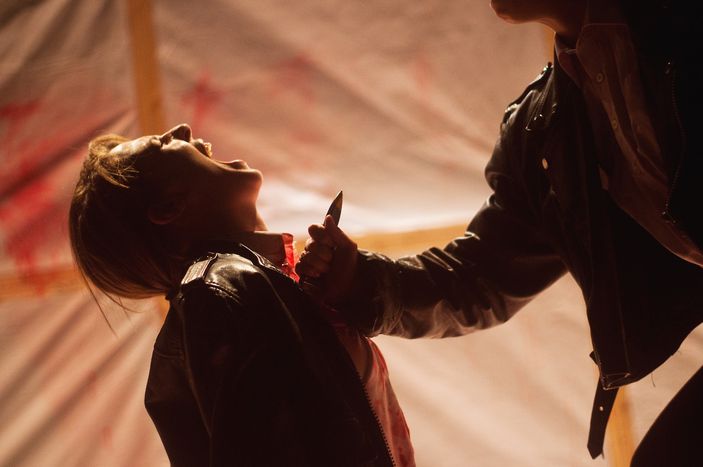 When I skimmed through the synopsis of Shakespeare’s tragedy before dashing out to see it at Edinburgh’s Bedlam Theatre, my heart sank. Note to self: find out about plays before organising tickets. Think twice about going to see shows where the majority of characters end up raped, mutilated or dead – and sometimes all three. Luckily for me, I had already booked my ticket

The all-female company Smooth Faced Gentlemen’s production of Titus at the Edinburgh festival fringe is one of the most stunning Shakespeare tragedies I’ve ever seen – and certainly the funniest. The company revels in the joyous absurdity of much of the plot. The many innuendos Shakespeare plants along the way are brought out to full effect - Vivienne Acheampong’s masterful rendition of the first ever ‘your mum’ joke wins well-deserved applause.  It doesn’t come as a surprise to learn that director Yaz Al-Shaater has a background in comedy theatre. ‘If you make the audience laugh, you’re engaging them,’ he tells me with winning enthusiasm.

Yet, in a balancing act so successful you barely notice it, the show avoids the trap of slipping into pure farce or playing down the truly tragic elements of Titus. The hilariously staged scene in which Tamora, queen of the Goths (and one of only three female characters in the show), disguises herself as ‘Revenge’ finds its counterpoint in her bitter grief at the death of her eldest son. Similarly, the initial ecstasy of the fight scenes shifts into a growing horror at the realisation of death, which is movingly brought out by an atonal acappella accompaniment sung by the company.

Given that only three characters survive the play, the fight scenes are pivotal to the show. ‘I’d considered a lot of solutions to the blood problem,’ remarks Yaz. ‘It basically always came back to the question of the naturalistic or the symbolic. I didn’t want to have to make that decision.’ The solution? Paint brushes, and lots of watered down red paint. (A first consideration had been to use ketchup, but that idea got ditched because of the smell…) This works remarkably well – it avoids a naturalistic attempt at blood and sword fighting which doesn’t quite ring true. At the same time, the plentiful splatterings of red do bring out the brutality of the play; particularly in the case of Lavinia, whose hands and tongue are cut off to prevent her from naming her rapists, her bloodied arms and mouth seem horrifyingly real. 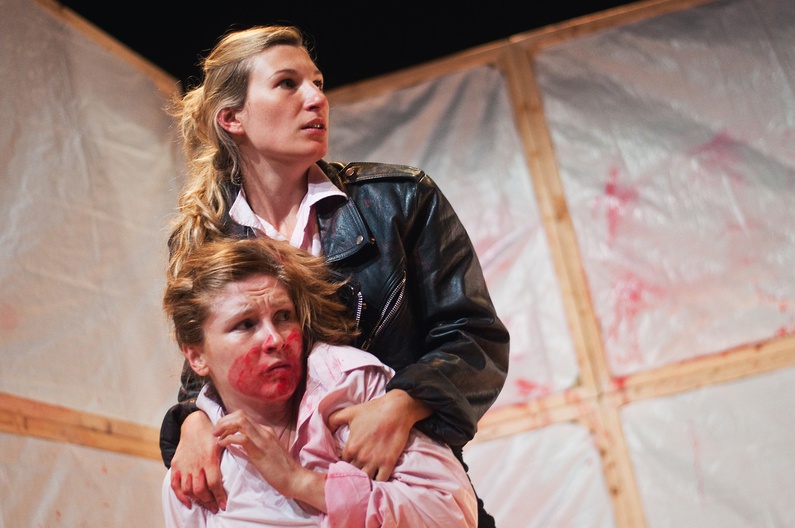 Surprisingly, the fact that the overwhelmingly male characters are entirely played by women scarcely intrudes upon the performance. From the swagger of the teenage brothers Chiron and Demetrius to the initial reserve of Titus himself, the actresses’ body language is utterly believable throughout. ‘It’s amazing what socks down your trousers can do,’ laughs artistic director and actress Ashlea Kaye.

Indeed, while some subtle points about gender are made along the way, this never becomes the focus of the play. ‘It’s just about giving women really good fucking roles,’ explains Vivienne. ‘As a woman, and as a black woman, I wouldn’t have the chance to play such strong classical roles in a normal company. This isn’t about saying ‘I am a woman’. It’s ‘I am an actress.’' After watching Smoothed Face Gentlemen perform, no one could doubt that about any of these young women.

Smooth Faced Gentlemen will be performing Titus Andronicus at Bedlam Theatre (Venue 49) in Edinburgh every day at 7.30 until 24 August. The Edinburgh Festival Fringe runs until 26 August. What are you waiting for?