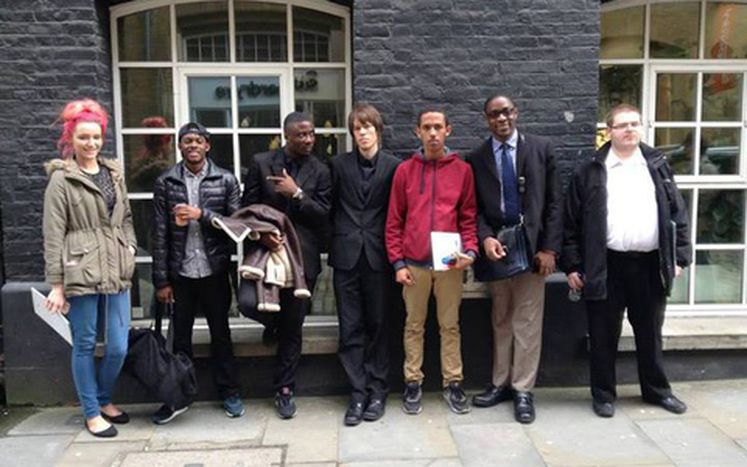 Europe labels them 'Neets' (acro­nym for Not in Edu­ca­tion, Em­ploy­ment or Trai­ning): youth who decided to abandon education for a certain amount of time, with the burning desire for something more in the future. Depicted as hopeless or drug-ad­dic­ted, the Neets of Edinburgh do not really seem like a lost generation.

It wasn't easy to hunt down Neets in a city like Edinburgh. After contacting the President of To­mor­row’s Peo­ple, an association that helps Neets give a certain sense to their days without school, I can interview three people. Their headquarters is located on the edge of the city, far from the cold institutional neighbourhoods of The City of Edinburgh Council. At first glance, the cement building is grey, but inside, it explodes with colourful walls full of graffiti. Heather, the manager, greets me with a cup of coffee and accompanies me into the living room where people are working and serving tables. 18-year-old Danielle is waiting for me, with a hat that covers her long hair, her arms crossed. I have the feeling that she doesn't really want to talk to me. Instead, we break the ice and she tells me about her personal experience. Before finishing school, she had a child; the pregnancy forced her to quit school. Today, she participates in a volunteer programme with Tomorrow's People. Even though she no longer attends school, she points out her current activities are helping her grow and figure out what she really enjoys. I ask her what she thinks of young school-leavers and she strikes me with her determined reply: "At 16, it's alright that they quit school (the minimum age of mandatory schooling in Scotland — Ed.) and make their own choices." Furthermore, she underlines, "I think that it should be the same type of choice even when someone decides to leave school."

Once you're out, it's over

Two other people join the interview: Shawn, 16, and Dean, 23. The two youth went to quality schools but both failed. "Maybe if I had studied more, I could go there but after losing a year, I was not given other solutions. Once you're out, it's over," said Dean. After failing, the school directed him towards a military course. "I did not want to join the armed forces," he confesses, "but I wanted to stay inside the educational system." Scottish schools are directly implicated in the issue. "There were not only problems at school that determined my choice," says the boy. "We come from communities in which we do not have a good example and teachers are just not committed enough to convince us to go to school. When you reach a certain age, people no longer have the strength to start to learn all over again." We are sitting in a circle and I'm curious to know what they think of the label Neet (Not in Education, Employment or Training) that  they have been saddled with across Europe. According to Danielle, "It does not help the full development of the person" and in fact, exclusion and stigmatisation does not seem the right way. "The government and Europe should engage in promoting more activities for those who leave school in order for them to have a better chance in case they fail. Just to have something to write on their resume." All of the youth agree with this point and about their positive experience at Tomorrow's People, an experience that has allowed them to find new friends and not feel alone. 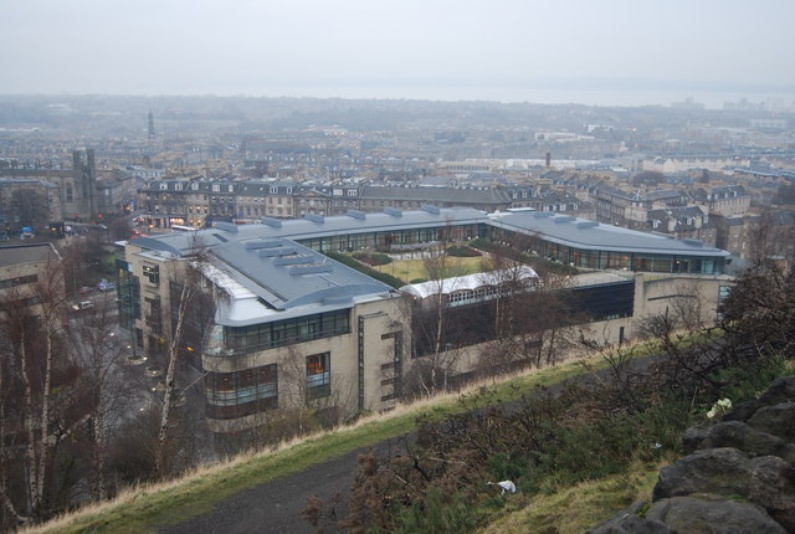 The City of Edinburgh Council has actually undertaken several initiatives in this regard. I decide to get an idea by ​​going to the Council office on East Market Street in the centre of the city. The municipal building is very modern and the bustle of people crowding with badges slung around their necks overwhelms me. Luckily, there is a point of reference: Mr. Shaw, the manager of The Edin­bur­gh Gua­ran­tee programme, designed for Neets. He almost reproaches me for the first question in a way that almost makes me happy. "I would not call them Neets," he says, "we prefer to speak of young people in their complexity, in Scotland we define them as those who are in need of more choices and more chances." Indeed. This is the forward-looking vision of the Scots: "no label, just look forward and create new opportunities." The impression of Neets is that the majority are nearly controlled. This is what Patricia Thomson, head of Skills De­ve­lo­p­ment Sco­tland, confirms. The association is an essential government partner in finding employment for young Neets. According to Patricia, the agency knows exactly which young people are at risk to becomes Neets because of feedback provided by schools where if they notice a student slowing down, they intervene immediately with strategic actions. In fact, European figures are not always clear: "It is true that every year 3,500 children leave school, but only a small percentage goes down a negative path such as vandalism and alcoholism." Once again, the initial point of view is turned upside down. Only that on that day, the office is full of people looking for jobs best suited for their skills.

"Scotland should listen to their opinions" 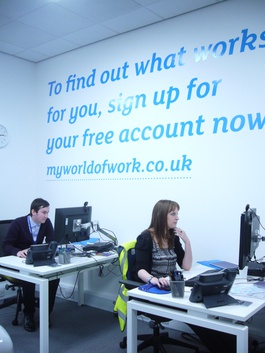 I wanted to know more. I meet Professor David Raffe at the Institute of Education and Sociology. I ask him to comment on a quote by François Mitterrand that struck me: "The youth are not always right, but the society which ignores them and excludes them, is always wrong". Smiling, he tells me that he agrees. It is no coincidence that sixteen year olds can vote for the first time at the Scottish independence referendum in September. "They are empowered, the crisis has tested them more than the rest." They are citizens, are part of society and "it is right that Scotland listens to their opinions and their voice. Right now, they are asking for one thing: emancipation". And Edinburgh seems to have its ears wide open.

THIS AR­TICLE IS PART OF A SPECIAL ISSUE DEDICATED TO EDINBURGH AND IS PART OF THE EU-IN-MO­TION PROJECT INITIATED BY CA­FÉ­BA­BEL WITH THE SUPPORT OF THE EUROPEAN PARLIAMENT AND THE HIP­PO­CRÈNE FOUNDATION.