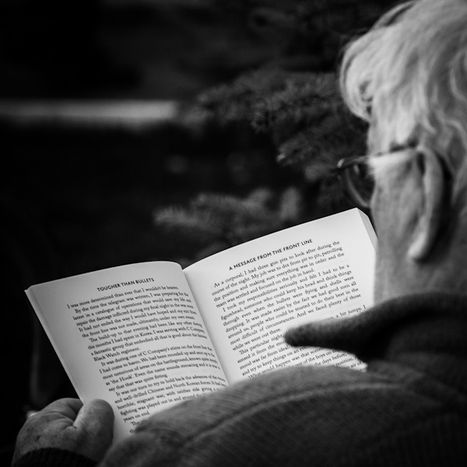 One of the highlights of the literary year in Edinburgh is undoubtedly the annual book festival in August. In 2013, the Edinburgh international book festival turns thirty. To celebrate, we meet up with the festival’s founding director, Jenny Brown. Lounging in a literary deckchair under the swiftly changing Scottish skies, she talks of sleepless nights and the first ever festival 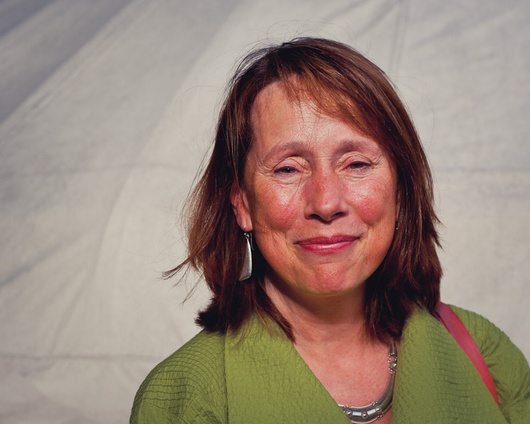 ‘The first festival was really designed as a big one-off celebration of books and the written word,’ Jenny Brown reminisces. The idea was hatched by two arts funding bodies because the already established Edinburgh international festival seemed to represent every art form – except the book. ‘We just thought, let’s have a big celebration!’ The team wanted to hold the festival somewhere unexpected, somewhere unconnected with books. ‘A lot of research had just come out to show that, oh, something like 69% of the population had never crossed the threshold of a bookshop because they thought it wasn’t for them,’ explains Jenny quickly. ‘That’s where the idea of celebrating in a garden under marquees came from, a space that people could readily come to without any inhibitions.’

Jenny continues with intrigue in her voice. ‘The original site was going to be Princes Street gardens, which would have been fantastic – but there was an ancient bye-law which prohibited selling books and newspapers in the gardens. 'I think in the nineteenth century there had been lots of hawkers going round and the bookshops in Princes Street protested to the city fathers.’ Instead of this central park, which runs parallel to the city’s main shopping street, the organisers picked the smaller Charlotte Square gardens as a venue, where the festival takes place to this day. Jenny looks around. The sun is shining (briefly) above the gardens, and toddlers run across the lawn in one of the festival-fuelled city’s few peaceful havens. ‘Actually I now think this is a much better site because,’ she pauses to search for words, ‘it’s much more contained and much more identified with the book festival.’ Leaning in, as though to tell me a secret she adds, ‘The ancient bye-law’s now been repealed, but I don’t think we’ll ever move!’

The team organising the 1983 festival was remarkably (almost intimidatingly) young. ‘Yeah, I was 25!’ exclaims Jenny with something akin to horror. ‘It was a sharp learning curve – the whole team learned a lot as a result.’ Her eyes brighten and she adds warmly, ‘It was great fun at the same time – once we got over our sleepless nights!’ She lets out a peal of laughter. ‘Oh god, I really didn’t sleep for months leading up to it!’ Despite the sleepless nights, the festival was a remarkable success. As Jenny tells me with wonder in her voice, thirty thousand visitors attended readings by more than 120 writers. ‘It was a strange time because there wasn’t a tradition of people going out and paying money to see an author speak.’ She pauses and asks, now amused at her former concern, ‘Would they come? Would they turn up? But they did!’ 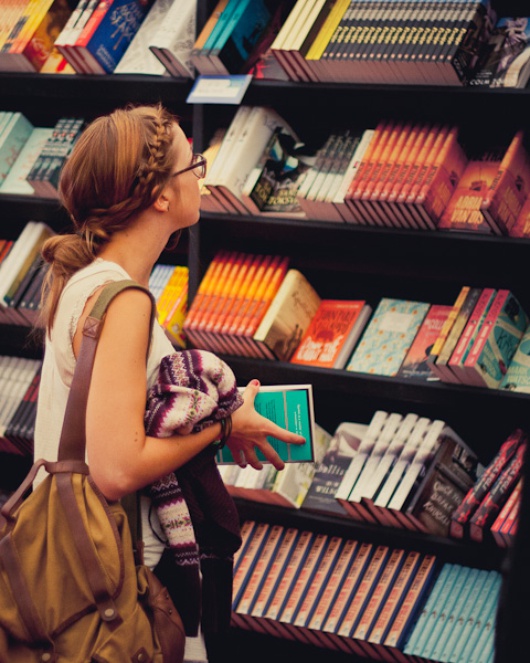 They did indeed, and the festival’s organising committee quickly decided to make the festival (only the third of its kind in Britain) a biannual event. It’s been organised annually since 1997 and the 2013 book festival sees a programme with readings from more than 700 authors. So did Jenny have any favourite moments along the way? ‘Oh I’ve got loads!’ she exclaims, her voice choked with yearning. ‘There were some lovely moments. I didn’t see this, but apparently in that first year, at the Roxborough Hotel where all our authors used to stay, Anthony Burgess, the author of Clockwork Orange, strode across the breakfast room and held out his hand’ – she demonstrates, imitating a strong masculine handshake – ‘and said ‘Updike, Burgess. We have corresponded.’

She bursts into laughter. ‘I love that! And it must have been, oh, twenty years ago, the Nigerian writer Ben Okri came to an international writers’ conference we held. I don’t think his book had been published at that point. There’s this lovely photograph of him shaking hands with Amos Oz.’ She shakes her head, smiling, and continues with increasing passion. ‘And that’s the thing – Charlotte Square gardens can be a crossroad for international literature, for established writers and up-and-coming ones. The great thing about the book festival is we treat them all with the same respect. Everybody’s paid the same, whether you’re a newcomer or a nobel prize winner.’ She breaks off and gazes across the gardens. ‘I wouldn’t be anywhere else in the world in August apart from in Charlotte Square gardens.’