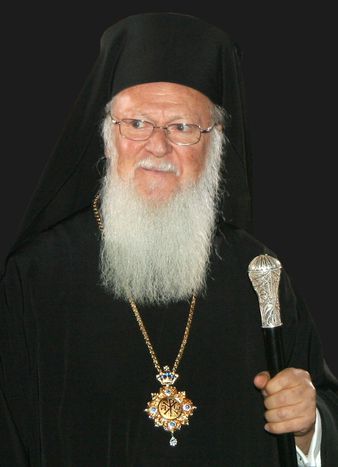 BrunchSocietyBalkan eye in the sky

He speaks seven languages, he’s down with the green cause and he’s the leader of the global orthodox movement which in Europe exists in the east, north and the Mediterranean, but he resides in Istanbul. Interview with the spiritual leader of 300 million worldwide. cafebabel.com in Athens and Istanbul meet the man

cafebabel.com: The Roman catholic church and the patriarchate have enjoyed a ‘dialogue of truth’ since 1980 despite a 1, 000 year rift. Is a union of the churches eventually feasible?

Bartholomew I: The ecumenical patriarchate has been leading the dialogue between christian denominations since the sixties. During Pope Benedict XVI’s visit in 2006 we signed a joint declaration and he recited the Pater noster during the Orthodox service. The ecumenical patriarchate participates in the conference of the European churches (CEC) and supports dialogue, although the division is large since we have been separated for ten centuries.

cafebabel.com: The Turkish state doesn’t legally recognise the ecumenical patriarchate, but it seems to have acknowledged that it is a universal institution...

Bartholomew I: The Turkish government’s position to date has been counter-productive, first and foremost for the national interests of Turkey itself. But current developments are positive. It is understood that we do not have and never had any political aspirations or interests. At times, some not very serious arguments have been expressed that we are trying to create a 'second Vatican' in the district of Phanar. Prime Minister Erdogan visited the Greek orphanage in Büyükada island (in the Marmara Sea) before the European court of human rights in Strasbourg ruled our rights to the property (in June - ed). This was a brave political move, full of potent symbolism. Plus every politician who comes to Turkey always visits us. 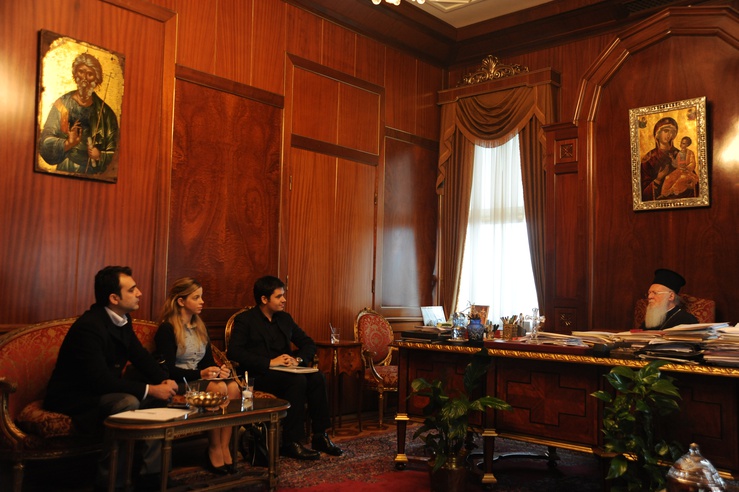 cafebabel.com: You have been hailed the ‘green patriarch'. If religious leaders aren’t able to impact governments, at least they impact the environmental conscience of the faithful – do you agree?

Bartholomew I: It is hardly possible to influence governments. Financial interests make it impossible for politicians themselves to agree, as was faced in Copenhagen. This global crisis is primarily conceptual and concerns values. The word ‘ecology’ comes from the Greek ‘eco’ and ‘logos’, where ‘eco’ (oikos) means our home. We are responsible for delivering our planet to the next generations. We first need to appreciate that we are not owners but managers of the world which god has entrusted to us.

cafebabel.com: Is it easy to embrace orthodox concepts and values in a western Europe with a catholic or protestant background?

Bartholomew I: Young people feel unsafe. The orthodox church has to offer the original faith as it existed during the first ten centuries of our common road with the west - the faith and the church as the true body of christ. Before the great schism of 1054 (which divided the catholic and orthodox churches - ed), all of Europe was orthodox. We teach authenticity, ascetic morality and spirituality, which are missing from the roman catholic and protestant churches. The west was cut off from these values, and this is precisely what justifies the nostalgia that is manifested today.

cafebabel.com: Recently, the American writer Stephen Hawking caused a stir with his statements that the universe could exist without a creator - are science and faith incompatible?

Bartholomew I: Faith and science are complementary because they lead to the same goal of truth. Einstein once said: ‘Science has no God, but scientists do have a God.’ The orthodox church is not against science. We did not have any Galileo. Statements like those of Stephen Hawking are provocative and ultimately only divide people. Our approach is that all of the created universe that we see around us could not possibly have been generated by chance but in fact have a creator. A few days ago, I took a stroll in the garden with friends. As I held a flower, I noticed how perfect and beautiful it was and how wisely it was crafted by thousands of smaller flowers that were a feast for the eyes to behold. This cannot have occurred at random.

Read the full interview 'Ecumenical Patriarch Bartholomew: ''Before the Great Schism of 1054, all of Europe was Orthodox' on cafebabel.com Athens' official blog