There’s no doubt about it. Turkish membership would reopen the debate on European identity. But the geopolitical capital offered by Ankara is immense. Is it worth it? 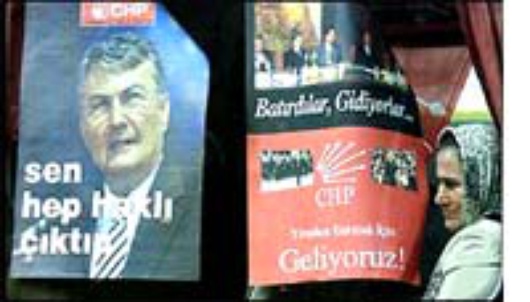 Those who support Turkish membership believe in a Europe playing a leading role on the Middle Eastern stage. A 'European' Turkey would bring the Union face to face with Iraq, Iran and Syria. And it would find itself directly involved in all the conflicts and tragedies which afflict the Middle East. Such a role would require greater responsibility.

In terms of European security and defence, the geo-strategic position and military potential of Turkey, whose army is second only to the United States in the Atlantic Alliance, is fundamental for supporters of membership. Turkey, a member of NATO since 1952, has already participated in peacekeeping operations. And that’s not all. In today’s context, Ankara could play a decisive role in the war on international terrorism, organised crime and illegal immigration. Turkish membership would also act as an example for all moderate Arab countries and it would show that it is possible to combine democratic reform and respect for religious traditions. On an economic level, the substantial oil and natural gas reserves in the Caspian region make Turkey a strategic country for the transit of energy supplies. Its position would allow safe access to energy supplies from Central Asia and Russia, of which the opening of the Bakou-Ceyhan oil pipeline is only the latest example.

But the considerations of those who oppose membership go beyond geopolitics. The risk would be the threat to European identity. From a certain point of view, it would be those very same strategic interests which could be eroded with an increase in the number of Turkish immigrants, whose integration has not been easy in countries like Germany. Turkish membership also asks awkward questions about the future borders of the Union. If Turkey joins, membership for Ukraine, Moldova and, eventually, Russia is a possibility. In substance, at the bottom of all these worries lies the idea of a politically united Europe founded on a religious, political and social identity which needs to be protected; a homogenous Union which holds a leading position on the international stage; a Europe independent of the United States (itself a strong backer of Turkish membership), which gives precedence to the conclusion of the political unification process with respect to future geopolitical strategies; a Europe based on Christianity, democracy and the historic development of the countries which form it.

But in times of war and renewed fears, the Turkish issue seems to question the very meaning of Europe. A united Europe as a union of interests would call for immediate Turkish membership, both to gain access to energy resources and for military control of the area. In contrast, a united Europe as a political and social project founded on a common identity would not wish to commit itself immediately.

In reality, the membership process could last for another 10 years or longer. This is why the Commission foresees controlled 'watered down' periods when Turkish membership would be put to the test. Therefore, negotiations must begin in December as foreseen, if only to put across a message of openness to the moderate Islamic world, crucial in the current crisis. To shut the door in Turkey’s face today would be a pointless and damaging move. It doesn't make sense to compromise the strategic and economic opportunities which Turkish membership guarantees for fear of damaging a European identity which is still a work in progress. In its constitutive phase the European project can only be open and inclusive. Those who fear Ankara’s entry today undervalue the strength of a finally united Europe.