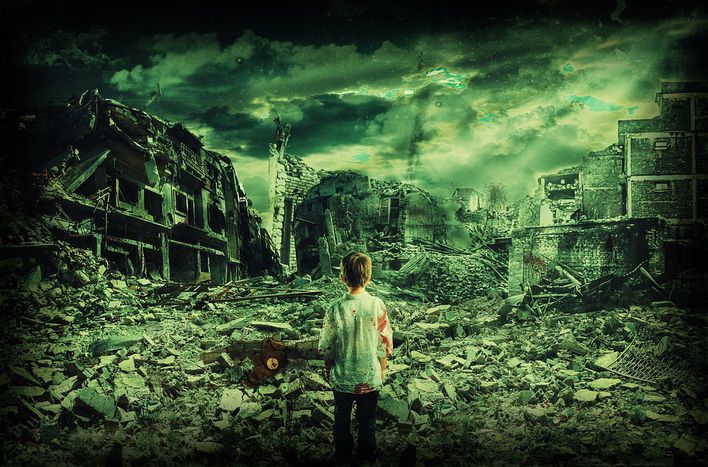 Economic Reflections on the Syrian War

It has been said in some quarters that the Syrian war is not so much of a political conflict as it is a financial war. This news report focuses on the economic perspectives of the war in Syria.  It explores the economic causes and consequences of the war as well as efforts for reconstruction of post-conflict Syria.

Since 2011, Syria has been engulfed in a civil war that has seen the loss of over 400 000 lives. This situation has turned Syria into the “world’s worst case of humanitarian catastrophe”.

At the start of the conflict in 2011, the government’s reserve was $18 billion, but by the end of 2015, it dwindled to $ .07 billion, according to World Bank 2015. A prediction by BMI Research on the Syrian economy forecasts that from 2016 to 2019, the economy will decline annually by 3.9%, returning it back to its economy in the 90’s and highly dependent on investments from Russia, Lebanon and Iran.

On Monday, 5 December 2016, an international debate titled "The Economics of the Syrian War" was held in the Copenhagen Business School, Copenhagen, Denmark. This debate provides perspectives on the economic dimensions of the war and the prospects of future economic restoration in Syria.

Discussing the economic causes of the war, Joshka Wessels, a Post Doctor in Peace and Conflict Studies for the Center for Resolution of International Conflicts (CRIC) and a former Syrian resident, traces the genesis of the conflict to the promise of the creation of a social market economy by Bashar al-Assad, president of Syria in 2000.   This promise, geared towards economic openness and rural development, was never fulfilled. Instead, Assad’s family and in-laws owned about 60% of the economy. This led to discontent and moral outrage, spiraling into the Syrian uprisings in Damascus. She held that the crisis started out as a class struggle between the rural populace and the wealthy ruling family.

For Bjørn Møller, a professor of International Politics, Department of Political Science, Aarlborg University in Copenhagen, the high level of unemployment among Syrian youths before the war made them vulnerable to insurgent activities and provided an incentive to join rebel forces. He also mentioned that the conflict might have been economically predetermined as Russia arms profits have been boosted by the war, although this is not a strong decisive factor as some have argued.

Baker Hashem, an Iraqi national and a participant at the debate strongly believes that "the primary conflict was over Assad’s deviation of the Israeli gas project which was supposed to run through the Syrian areas”. He further explained that Iran, Syria and Iraq wanted to create a pipeline in Iran to export gas to Europe. This attempt, he said, would bypass Turkey's territory and destroy Saudi Arabia and Qatar's plans to use Syrian soil as a connection to South Europe. This plan would block Russian oil/gas deliveries to EU and outmaneuver the Iranian-Iraqi pipeline. According to him, the conflict in Syria is not at all a people against the government conflict rather it is a business war.

Discussing the economic beneficiaries of the war, Wessels said the ISIS rebels are the most beneficiary since they control the oil rich areas and the Euphrates river, Syria's source of water. The regime has also benefitted controlling the economically rich regions of Syria, namely Aleppo and Damascus. Møller believes that the black-market oil dealers also profit from the war by selling oil to the regime and the rebels.

Reflecting on the economic consequences, Wessels explained that Aleppo was most affected because Western Aleppo was the economic heart of Syria, while Eastern Aleppo, the biggest UNESCO heritage city in the world, was a major tourist attraction before the war. She analysed that about half of the population are displaced within and outside Syria, resulting in a massive demographic change and would have economic impacts in future.

According to IDMC reports, 6.6 million are internally displaced within Syria, 4 million are dispersed across neigbouring countries and less than 6% of the displaced people fled to Europe. In addition, “red currencies have gone sky high in the regime areas and rebel controlled areas. The internal displacements of Syrians placed pressure on the agricultural and textile sectors, depleting food supply”, Wessels said.

Møller maintained that the large outflow of refugees has increased the prices of human smuggling in the Mediterranean area, given the economic principle of supply and demand. This, he said, has resulted in an increase in the dishonesty of the smugglers and the risk of loss of lives.

Another economic implication is the choice of European countries the refugees flee to.  “Refugees flee as far as their money could take them so what we are getting in Europe is that The Netherlands, poorer than Denmark, is receiving the most resourceful part of the Syrian population and has more refugees than the rest of EU. Denmark is not putting money where their mouth because they are cutting down, rather than spending on the integration of the refugees in Denmark”, Møller said.

With the war in its twilight, the question of the cost of rebuilding Syria begs answers. Lars Anderson, a senior researcher at the Danish Institute for International Studies and Coordinator of the IO Middle East Project explains that the World Bank and the United Nations have been financing a study on how to rebuild Syria in the post-conflict situation. Figures from World Bank mid-2016 reveal that it would cost $180 billion to rebuild Syria.

There have also been moves by educated diasporic Syrians established in their host countries (Sweden especially) to prepare for post-conflict Syria, according to Wessels. She analyses that if al-Assad wins the war, there would be difficulty in accessing Syrian funds to rebuild the country. But in the event of transitional justice, there is a possibility of unlocking the billions stocked by al-Assad for reconstruction.

However, Nagieb Khaja, a war correspondent and documentary director, featured on Al-jazeera says it is too early to talk of reconstruction as there is no guarantee Syria will be united again. Post-conflict Syria might be like “Afghanistan where insurgency and stability continued after the war, making it unattractive for investors and Syrians in diaspora to invest and rebuild”, Nagieb says.

While the above economic narratives add to the complexity of understanding the Syrian crisis, the following questions lingers. Who will pay for the rehabilitation and reconstruction of Syria? Will the economy of post-conflict Syria return to stability like the period before the Syrian Uprising and civil war?

The economic fate of Syria indeed hangs in the balance.