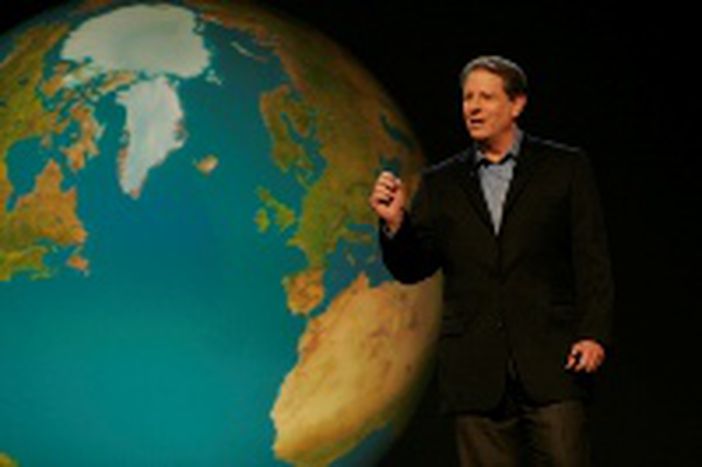 Eco-marketing in a shrinking global economy

Europeans politicians are catching onto the voters’ awakening interest in the environment. Is ecology compatible with politics?

Over thirty years ago, a small group of mainly green politicians were the only ones listening to scientists alarms about the dangers of global warming.

Today these are dangers hailed as the ‘most serious threat to the future wellbeing of the world’, according to a British opinion poll by research company Ipsos Mori in September 2006. Former US vice-president Al Gore (‘An Inconvenient Truth’), and French ecology icon Nicolas Hulot are key figures who are treading the boards of the ecological stage, by animating and popularising debate.

The publication of the October Stern report – where experts discussed the economics of climate change - sparked a further shift of awareness. Global warming has since been catapulted to the centre of the political arena. We need more leaders, and the media have responded accordingly.

Environmental policies are not easy to market. But as public opinion changes, ecological issues are being included in prime time political debates across Europe.

For example, in the 2007 French presidential campaign, Nicolas Hulot’s ‘ecological pact’ will force environmental issues higher up the agenda. By urging potential candidates to back a tax on carbon emissions, and demanding the creation of a ‘deputy prime minister for sustainable development’, Hulot wants to forge a closer link between ecologists and politics. An Ifop poll for French newspaper Journal du Dimanche found that 66% of the French believe Nicolas Hulot is the best voice for the environment. 43% hope he will present himself as 2007 election candidate.

Ségolène Royal, socialist candidate, and conservative candidate Nicolas Sarkozy are also jumping on the bandwagon. ‘Our environmental program was proposed before Mr Hulot’s ecological pact,’ insists Jean-Louis Bianco, Royal’s spokesperson. As the two main opponents in the campaign, they too are diverting their focus.

In Britain, environmental issues were cast out into the darkness in the 2005 general elections. They now form a central role in Conservative David Cameron's race for Downing Street. In Germany however, the early advocate of green politics, chancellor Angela Merkel, has weakened her stance, in her fight to revive her country’s stagnant economy. In eastern European democracies, environmental issues are not yet considered a political priority. ‘People are still struggling with high unemployment rates. Meanwhile governments are preoccupied with catching up with western economics,’ says Petya Hristova, a Bulgarian student at the IEP (Sciences Po) in Paris.

18 years ago Jonathon Porritt, chairman of the British government's Sustainable Development Commission, wrote that, ‘only when a major catastrophe looms, will the necessary international cooperation, awareness, and solidarity be forthcoming.’

‘The scientists are virtually screaming from the rooftops now,’ reads a line in Al Gore’s film An Inconvenient Truth. ‘But political systems around the world have held this at arm's length, because it's an inconvenient truth. They don't want to accept that it's a moral imperative,’ says Poritt. Politicians are under pressure to make a change. Nicolas Hulot for one, is convinced there has been an improvement in European national politics.

US critics, such as political columnist Robert Samuelson, accuse European politicians of pretending to save the planet. They allegedly do little more than criticise the US government’s refusal to sign the Kyoto protocol. Many European countries are on course to miss their Kyoto targets for 2008-2012. This is why the European Commission has slashed the caps of nine of ten countries, whose proposed trading plans for reducing CO2 emissions were assessed this month.

‘It is only through science and technology that it will be possible to find a response to climate change,’ argues British sociologist Anthony Giddens, in line with French economist Jacques Attali. ‘But it is also important to create motivation,’ insists the Norwegian Foreign Minister Jonas Gahr Store. Only the public’s behaviour will finally change the situation. ‘As long as the risks of global warming are not made clear from the left as well as the right of the political spectrum, the public will have doubts,’ argues Hulot.

It is thus in the hands of politicians from all colours to mobilise public willpower. Many of them are now agreeing with Jonathon Porritt that, ‘the environment can't spend another 30 years going in and out of fashion.’ ‘Putting the marketing strategic aside, if people like Nicolas Hulot can help to mobilize politicians and public opinion, it is a good thing,’ says French economist and advocate of Degrowth Economics by Serge Latouche. Al Gore gets the final word: ‘in a democracy, political will is a renewable resource.’