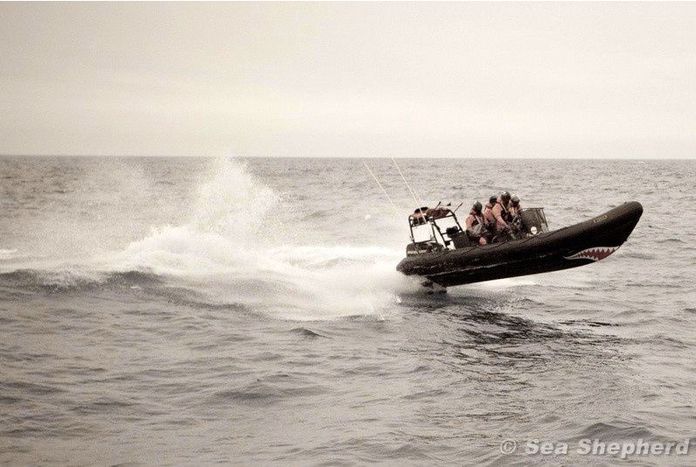 Three months of fierce combat in the Antarctic has successfully ended the annual whale hunt in Japan. We first met the US-based conversation society activists during preparations for their grand departure on Operation No Compromise in early December 2010

It’s 3.20pm on 18 February and I’m on watch on the bridge. For two days now the satellite phone has been ringing off the hook: journalists from around the world have been calling the Steve Irwin, one of the three vessels that participated in the campaign against whaling in Antarctica. On board the Scottish boat, the atmosphere is festive: the organisation has succeeded in halting the illegal activities of the Japanese whaling fleet, a full month before the scheduled end of the season. The papers are even reporting the retreat of the Japanese fisheries minister, who is considering permanently halting Japan’s presence in Antarctica. 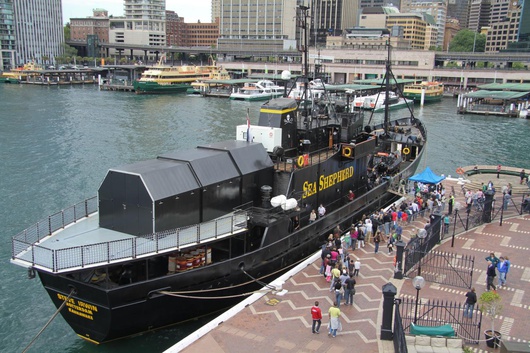 When Captain Paul Watson picks up the phone, I listen distractedly, thinking that he will be doing yet another interview. But the tone of his voice is different. He is listening rather than speaking, except to say a few words to us instead of to the person on the other end of the line. 'It’s official.' I know, without needing him to say any more, that the impossible has come to pass. It’s over: no more whaling in Antarctica! Suddenly, everything speeds up. The news spreads from floor to floor, like a gust of wind rushing through the halls and into all the cabins. The mood is euphoric: there will no longer be any massacres in the Southern Ocean Whale Sanctuary, the area which surrounds Antarctica.

These two words sum up the years of steadfastness, determination and battling. Laura, the ship’s chef since 2005, remembers: 'In the first few years we had nothing but a boat. Finding the Japanese fleet in the Antarctic was very difficult. They started to take us seriously when they saw that we were determined and ready to risk our lives to defend the whales.' Things have changed since then. Sea Shepherd has three boats. It's a huge advantage that enables them to stick close to the Japanese harpooners once they’ve been located. And then there was Paul Watson’s stroke of genius: showcasing the issue on television screens around the world. The documentary series Whale Wars, which recorded every campaign in the last four years, has been a huge hit in the United States. Information is the best weapon. 'People realise that direct action which is aggressive but non-violent action is effective. That one person can change things by sheer force of will.' The role of the media is fundamental in this clash between two drastically opposed visions of the world and of our relationship to it: to exploit the world or to save it? The Japanese fleet has never been worried by international pressure because its whaling activities in Antarctica were pretty well known even in Japan. Today, this is no longer the case, and the world is asking if such a cruel, archaic and obsolete practice is really necessary.

The No Compromise campaign began on 2 December 2010. However the Japanese fleet, on the brink of a financial abyss, have started off on the wrong foot and are a month behind schedule. For once we were the first in the Antarctic, waiting for the fleet in the middle of this surreal, mind-blowingly beautiful landscape. The Sea Shepherd’s tactics are simple: prevent the harpooners from fishing and from transferring whale meat to the mother ship, the Nisshin Maru. It’s a large scale game of cat and mouse on a frozen ocean. But on 25 January, a helicopter spotted the Nisshin Maru in the middle of the ice. 'The helicopter allowed us not only to locate the whalers more easily due to its speed and range, but it also acted as a deterrent. The more we hunted for them, the more they ran away. And when they were running, they weren’t whaling,' explains Chris, the pilot. Thanks to the three boats giving chase, the Nissin Maru has been tailed very closely for several weeks now. It will be followed until those on board give up and return empty handed to port. Out of a quota of 1, 000 whales, the whalers claim to have caught 170. This is a first. 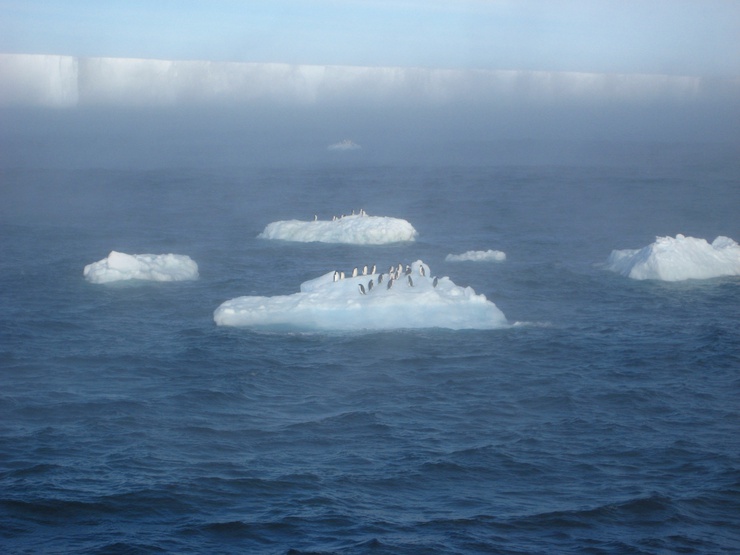 However, there is no question of resting on our laurels. The target of Sea Shepherd is not only the Japanese fleet, but all those who participate in the destruction of the marine ecosystem. One thing’s for sure, the destruction of our planet has no colour or nationality. What with intensive red tuna fishing in the Mediterranean, shark finning (a practice which consists of removing shark fins for soup) in the Galapagos and even the massacre of dolphins in the Faroe Islands, there really isn’t any time for Sea Shepherd to take a break.

Nevertheless the victory in Antarctica provides some hope. For Laura, 'even if it’s an eternal fight, we can’t let go. Every saved life is a victory. After all, we are only one piece of a larger puzzle. If everyone does their bit, we can hope for real change.'

Read part one of the gang's journey by the same author on cafebabel.com: 'Sea Shepherd: tuna fish pirates hiding in a stretch of sea near you'