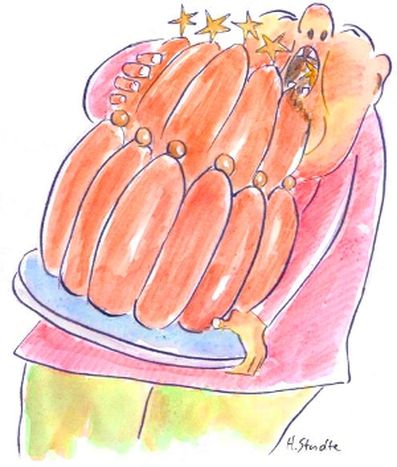 Eat cake and have it

In England, people may tell you that you can’t have your cake and eat it too, which sounds a bit strange since you would normally only buy a cake to eat it. Things become clearer when you find out that the original version of this common saying is actually you can’t eat your cake and have it too, meaning you must choose one or the other.

Interestingly, the French also use a food reference in their equivalent proverb Vouloir le beurre et l’argent du beurre (you can’t have the butter and the money you bought it with). The Italians prefer a drink reference, using Non si può avere la botte piena e la moglie ubriaca (you can’t have a full bottle of wine and a drunken wife)! The Spanish go for a religious stance instead with No se puede estar en misa y repicando (you can’t be at mass and ring the bells), as do the Germans, to a certain extent, with Man kann nicht auf zwei Hochzeiten gleichzeitig tanzen (you can’t dance at two weddings at the same time). Whatever way you look at it, it seems in Europe you can never have it both ways!