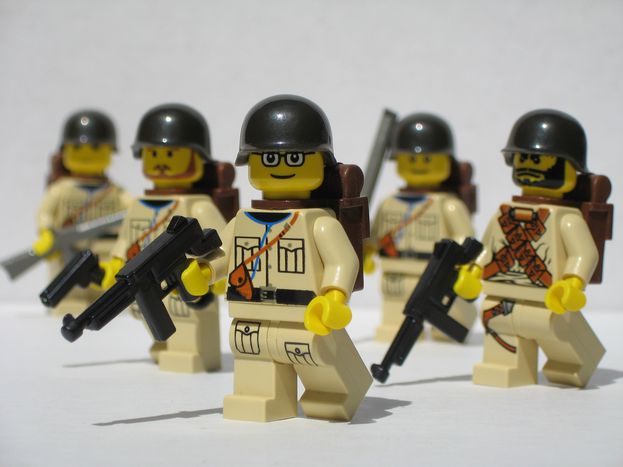 Both central and eastern European governments vocally supported US plans to install military defence systems in the region, even if it meant they were to all intents and purposes digging their own graves. Out of authentic and hypothesised shadows of the past and uncertainties on the future, militarisation secrets and desires are emerging

Walking through the streets of Prague, I was astounded by the amount of shops dedicated to selling military weapons and clothes, police posters that depict officers with a James Bond stance, and the slogan 'Action Prague' plastered onto them. You can even find brochures for firing ranges that offer souvenir photos of you using 'real life guns'. These activities that appear to be nothing more than mere anecdotes unmask very real sentiments that are on the rise: nationalism and militarism.

The lack of interest in politics amongst young Czechs has resulted in passivity towards centre-right created foreign policy. It is all too true that to young Czechs, objections to the G8 and NATO policy are somewhat foreign concepts. This can be seen in the main participants in the small Prague demonstrations against the proposed missile bases: primarily Germans, Italians and Americans.

God gives bread to those who have no teeth, says an old refrain. This fits perfectly with the sentiment of the east, as, on one hand, there are those that criticise the US military presence, which is perceived as imperialist, and on the other hand there are those that are scared for having been involved in the sphere of American interest in the first place. Falling into this category are the Czech Republic and Poland, in addition to Romania, who had all been seduced by Bush and the missile plan against 'rogue states' and then 'bitterly disappointed' by Barack Obama’s decision to cancel the project.

A Nobel peace prize? Why? He’s a coward!

OK, fine. However, as the president of the most powerful country on the planet is finally using the language of diplomacy and is pushing for disarmament, there are places that are standing up against him, and that are hoping for a return to the 'old methods' of Dubya. The first is, in fact, Prague. It was here, in April 2009, that Obama gave his nuclear disarmament speech that rewarded him with the Nobel peace prize nomination. Jan Vidím, president of the parliamentary defence committee, however, has called him a 'coward'. Polish prime minister Donald Tusk confessed that he is 'worried in regards to the lowered American interest in their allies.' 'Countries that neighbour Russia are beginning to ask themselves whether the US is abandoning central and eastern Europe as relations with Moscow improve,' stated former Czech prime minister Mirek Topolánek resentfully.

Understandable, seeing as one of the main causes for concern amongst central and eastern European leaders is the thawing of relations between Washington and Moscow. One of the main reasons that the missiles were so attractive to leaders was that it would irritate the Kremlin. 'Giving the Nobel to someone that refuses to stand up to Russia devalues the prize’s worth,' states one of the journalists working for Polish daily newspaper Gazeta on his blog. No prizes for noticing that Obama’s popularity in central Europe is relatively low.

And don’t forget about your friends! 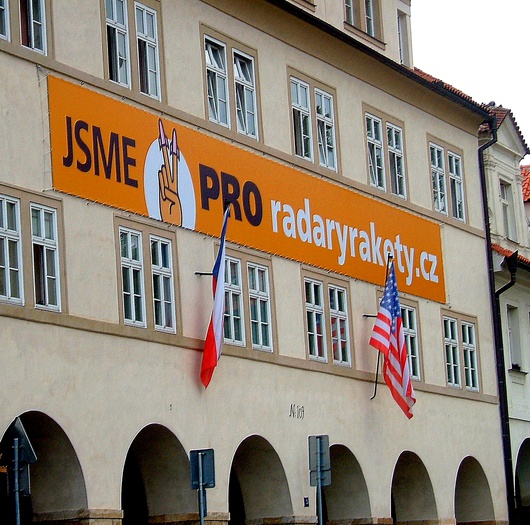 In automatically falling into the sphere of one superpower having just freed themselves from another, and by the reactions of the Polish and Czech leaders, you would be forgiven for believing that the cold war was still going strong. 'The Americans are no longer interested in the region. This is bad news for the Czech Republic,' announced Topolánek on the radio. In an open letter to Obama, described as 'naive' by The Economist, Václav Hável ('national hero' in the fight against communism, who so approved of Bush) asked the American president to 'insist on the missile system', to ignore 'clear Russian intimidations' and support their 'deeply pro-American' allies. 'They are asking us to risk the break out of world war 3,' was the frank US response.

Poland, on the other hand, requested the transfer of American nuclear warheads from Germany to Poland. Given that the desire to rearm fails to subside, Obama recently sent vice-president Joe Biden to do whatever he could to put forth alternatives to the anti-missile shield defence system.

'The Bush project wasn’t solely against an inexistent Iranian threat, but was also against Russia,' comments Alexander Pikayev of the Carnegie Moscow Centre. 'But it would have created a divide in the EU. The Czechs and Poles would have ended up playing the role of Trojan horses.'  In effect, Poland and the Czech Republic have damaged European unity in equal amounts. They have done this by, on the one hand, haphazardly, and much to their regret, ratifying the Lisbon treaty, insisting on their exemption from the charter on the Union’s fundamental rights, and on the other, demonstrating a frenetic desire to promote risky bilateral agreements with the US on rearmament. The joke is at the expense of the European Union, which has so much to lose.