The breakthrough of democracy in East Germany was choked by economic problems. However, in the 15th year since reunification, it is not only East Germany that is gaining in confidence, but democracy itself. 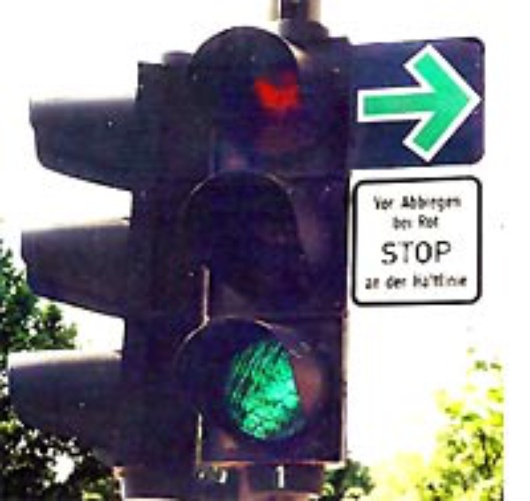 Emigration, mass unemployment, right-wing extremism: over the 14 years that have passed since the reunification of Germany, the original euphoria of the East German people has long since given way to disillusionment. After reunification, the former GDR (German Democratic Republic) was divided into five federal states, or Länder. Since 1991, 712,000 people from these new German Länder have emigrated to the west of the country, as jobs are few and far between in the east. In December 2004, the unemployment rate in the five new Länder was 20.9%; in the west it was 10.2%. Discontent with this situation is increasingly reflected in the results of local elections. In the most recent elections to the regional parliament in the eastern state of Saxony in September 2004, the post-communist party PDS received 23.6% of the votes, with the right-wing extremist party NPD winning 9.2% of the votes. The mainstream party of German chancellor Gerhard Schröder, SPD, only received 9.8% of the votes.

The implementation of democracy and a market economy in East Germany appears to have lost momentum. Yet everything started so promisingly with the fall of the Berlin Wall. Furthermore, it wasn’t West German politicians that caused the wall to fall on November 9th 1989, but the people of the GDR: democracy wasn’t imported from the West, East Germany itself fought for it. But once the GDR regime collapsed, the popular movement found itself trampled on by the fast-moving chain of events and by the then chancellor of the FRG (Federal Republic of Germany), Helmut Kohl. The chancellor sensed the mood of the time and brought Germany to reunification within a year. But Germany was not given a new constitution to reflect its newly reunified status; rather, East Germany was simply joined to the West on October 3rd 1990. From then on, the constitution of West Germany was adopted as law in the East.

People in the GDR were in agreement with the exportation of the western system. The reason behind this was simple. They wanted the Deutschmark, prosperity and economic stability. However, these dreams soon crumbled when capitalism revealed its ugly side. Struggling GDR businesses were closed and people lost their jobs. Since then, the east of the country has been living on hand-outs. The ‘solidarity charge’ that was deducted from the salary of each West German citizen guaranteed East Germans funds to rebuild the infrastructure there. But although many historic towns have been fully restored, the problems behind the gleaming facades have remained the same. The private investment that is needed to boost the economy is in short supply.

It was also decided that very little should remain of the GDR’s political system. Long-serving West German politicians soon took up ministerial positions in the new German Länder and other leading positions, such as in business, were filled by the West German elite. It became taboo to publicly state that anything about the GDR was good. After all, the GDR was a dictatorship and nothing positive could have come of it. Indeed, the sole concept to be exported from the East into the West was the ‘green arrow’ added to traffic lights, allowing drivers to turn right on a red light. It’s no wonder, therefore, that the East German citizens took refuge in a rose-tinted view of the past. Triggered by the success of the film ‘Goodbye Lenin!’, a wave of Ostalgie, nostalgia for the ‘good old GDR days’, swept across Germany. The GDR was suddenly in demand and countless TV shows broadcast memories of life in the GDR to the masses.

15 years after reunification, the East is finally gaining in self-confidence. In the shape of opposition leader Angela Merkel, we see a woman from the East finally getting involved in the upper echelons of German politics. This is a sign that the new Länder are playing a greater role in German policy-making than before. Furthermore, East German football stars such as Michael Ballack have become key figures in the national football team, which is always a good indicator of the German Zeitgeist (spirit of the times). And perhaps there is even a good side to the controversial comments made by new German president Köhler, when he called the grants for the new Länder into question. After all, they at least show that the problems between East and West Germany can now be discussed in public.

In the future, it seems likely that the new Länder will be asked to do more and be entrusted with more. As difficult as the problems are, they are not impossible to solve. Countries such as Ukraine can learn from the experiences of East Germany, because the current euphoria there will surely turn into disillusionment. Like the people in the GDR, the citizens of Ukraine will need one thing above all else as they turn increasingly towards the West – staying power.