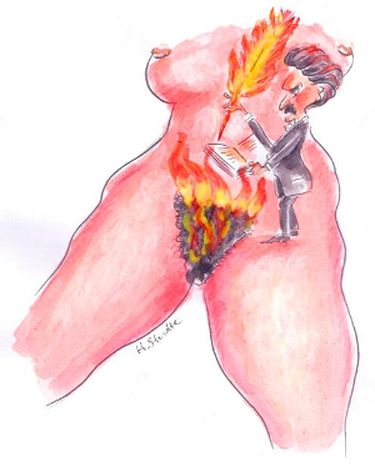 A few years back, I met a Finnish girl with a funny story. She told me she had visited Amsterdam in my home country, the Netherlands. Even though she knew of the city’s reputation, she was still a bit shocked when she saw a statue which was dedicated to ´Multatuli´. Apparently multa tuli in Finnish means ´I just came´. For the real etymologists among you, the Finnish multa tuli literally translates as ´earth fire´, which must be one of the most poetic descriptions yet of the human orgasm. Well, stranger things than a statue dedicated to orgasms can be found in Amsterdam, but Multatuli was actually a Dutch writer also known by the name of Eduard Douwes Dekker. Interestingly, his Latin pen name, Multatuli, actually means ´I have suffered much´. So who knows, it may be a statue about climaxing after all!