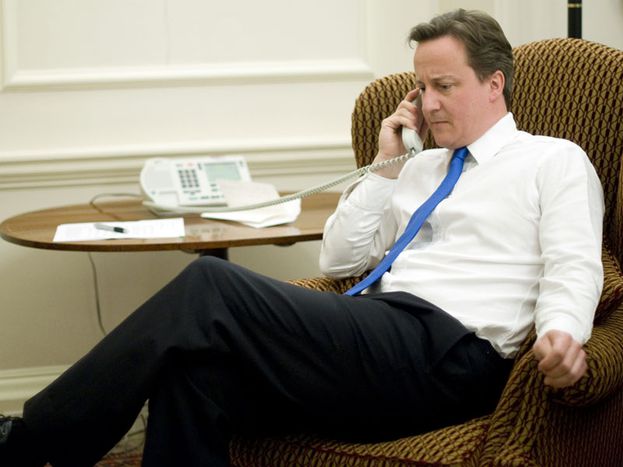 Dutch, Swiss and local press on Britain and EU

On 18 January British prime minister David Cameron will deliver an eagerly awaited speech in The Hague on Britain's position regarding the EU. According to media reports he plans to announce a referendum on the return of competences from Brussels. The project could prolong the euro crisis and jeopardise Cameron's political career, commentators write

If Britain left the EU it would be the end of David Cameron's political career, the Scottish politically neutral daily writes commenting on the British prime minister's Europe speech: 'Mr Cameron and Mr (chancellor George) Osborne are seeking to weave a course that covers as many political bases as possible. Their destination, it seems, is a speech in which the prime minister will grant eurosceptics their referendum in the next parliament, but in which he himself will campaign to stay in - so long as Brussels has agreed to a new settlement for the UK. If it sounds complex, that's because it is. And it means an awful lot is at stake for Mr Cameron on finding that deal with Europe. Without it, the conservatives would surely split ahead of a referendum. As Mr Osborne has noted, Britain could opt to quit the EU. As the authors of this fiasco, both would be completely finished' (Eddie Barnes)

Read 'Analysis: Losing this high-stakes game could be end for Tory top two' on The Scotsman

Cameron's call for powers to be transferred back to Britain is counter-productive in the euro crisis, former diplomat Michiel Servaes writes in an opinion piece for the Dutch liberal daily: 'If there is one country that is in a position to stand up to the French-German axis it is Britain. The Netherlands and the EU should therefore be very keen to keep the British on board. But why are they coming now with their demands for the return of powers?

The British government in particular has always pushed for resolute action [in the euro crisis] and described closer cooperation among the eurozone countries as a logical step. So it would be strange at the very least if the same government were to hinder this process, thereby prolonging the crisis. This would be a catastrophe not just for us but also for Britain. Because the island depends on other EU countries for half of its export trade' (16/01/2013)

British prime minister David Cameron said in a television interview on 14 January that he wants to change Britain's role in the EU considerably without leaving the EU. US president Barack Obama is to thank for Cameron's softer tone, the Italian liberal daily writes: 'After all the howling about EU institutions that menace British sovereignty, something seems to have induced Cameron to adopt a more moderate tone. Clearly, for the US government an undivided EU is essential on three counts: political, economic and regarding security policy. The US needs a chief contact partner in negotiations with Europe. This partner is the UK, not only because the two nations share the same language, but also because the US relies on the influence London exerts on the EU to play a stronger role vis-à-vis Germany' (Gerardo Morina)