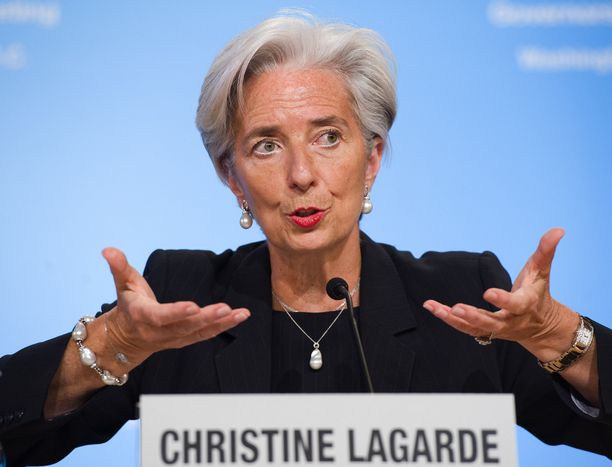 DSK back but Lagarde still in charge: France, Germany and Switzerland on IMF chief

Dominique Strauss-Kahn may be back in Paris, but this 55-year-old Frenchwoman has had firm hold of the reins at the international monetary fund for three months. The appointment of Christine Lagarde as managing director was seen by some as confirming Europe’s continued might on the world stage, while others foresee problems with emerging industries

The naming of France's Christine Lagarde clearly demonstrates the strength of Europe, writes the French left-liberal daily: ‘Who would have bet as much as a euro that France would be able to place one of its citizens at the head of the most powerful international organisation again after the scandal involving Dominique Strauss-Kahn? The French must be congratulated on their clever diplomatic coup and we must draw the following conclusion: when Europe speaks with one voice it has every chance of seeing its interests prevail. Christine Lagarde's nomination is also a useful reminder of the power of the eurozone. The finance minister did not win out because she's French but because she personifies the European monetary union. It may be shaken by the debt crisis but the euro continues to play a key role in ensuring the security of the global world of finance, difficult as this is to maintain. It's good that this has been reaffirmed’

Despite the nomination of Frenchwoman Christine Lagarde as managing director of the IMF, Europeans must bid farewell to their position of supremacy in the fund, comments the German liberal business paper: ‘More than any of her predecessors, she will have to represent the changed equilibrium in the global economy. In end effect it's the emerging countries that have been accounting for growth in recent years, while most industrialised countries can't shake off the economic slump. Consequently Lagarde cannot act as the voice of Europe in the fund but only as that of economic reason - independent of where crises are taking place at any given moment. That means her handling of the shaken eurozone will come under close scrutiny. And because she's not blind to that fact, the last thing we can expect from her is preferential treatment for Europe’

The nomination of Christine Lagarde as head of the international monetary fund could cost Europe a pretty penny, fears the Swiss liberal conservative daily: ‘A financial politician with a legal background and against the backdrop of the European debt crisis, she will push on with the course of expansion adopted under Strauss-Kahn. This means the IMF will increase its financial resources - supposedly to help alleviate crises - rather than contribute to real solutions. Economic positioning on the international financial architecture and a fitting role for the IMF can hardly be expected. Lagarde and the IMF members who support expansion will be presented with the bill when emerging and developing countries demand equal treatment for IMF loans. The time will come when new crises erupt in the emerging countries and the IMF is called to task. When that happens, the fund's paymasters could well regret Lagarde's appointment'