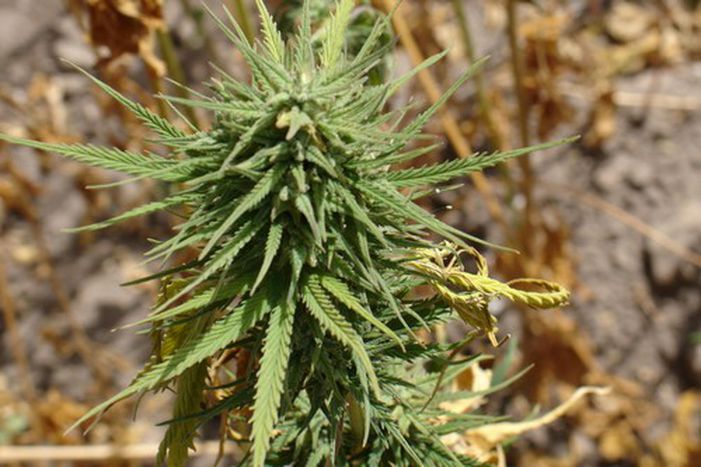 'Le Rif – paradis du Kif” (The Rif – paradise for Kif). The rhyme has become the tourist slogan for Chefchaouen, a mountainous village in North Morocco well renowned for its blue medina quarter and it’s cannabis plantations. These plantations are the point of origin for tonnes of the drug that are headed for Europe

'First time in Chefchaouen? Welcome my friend. Do you want a smoke?' Barely having arrived and the offer is already there. Rif, a mountainous region of North Morocco, alive with the sound of drums, is better known for its links to cannabis and resin production than for its musicality. In 2006, the united nations office on drugs and crime declared Morocco the biggest producer and exporter of cannabis. Chefchaouen has become the Spanish Amsterdam. There, a European, by definition, is considered a good customer and hashish culture is considered part of tradition. The Phoenicians used cannabis for clothing, before discovering its stimulating effects. Nowadays, the locals smoke it in the form of Kif, packed in a pipe with two layers of marijuana and one layer of black tobacco. However, European demand in the seventies radically changed what is at stake, with up to thirty of forty times the amount harvested in the two following decades, according to the geopolitical observatory of drugs.

Isolated from the rest of Morocco due to its mountainous landscape and its high population level, Rif remains a poor region, lacking in vital equipment and developmental aid. During the era of the French and Spanish protectorate of Morocco, only the section that fell under French control banned the drug culture. At the end of the 1950s, the government was unable to thwart the main combatants whom facilitated Moroccan independence. The villages started to grow the plants on their terraces, given that the uneven terrain did not favour agriculture. In the arid landscape cannabis plantations are now easily visible, as they are amongst the forests that are losing ground at an alarming rate. In twenty years, the area surrounding Ketama has substituted 20, 000 hectares of forest in favour of cannabis plantations; a tendency towards single crop farming that has eaten away at Rif society. 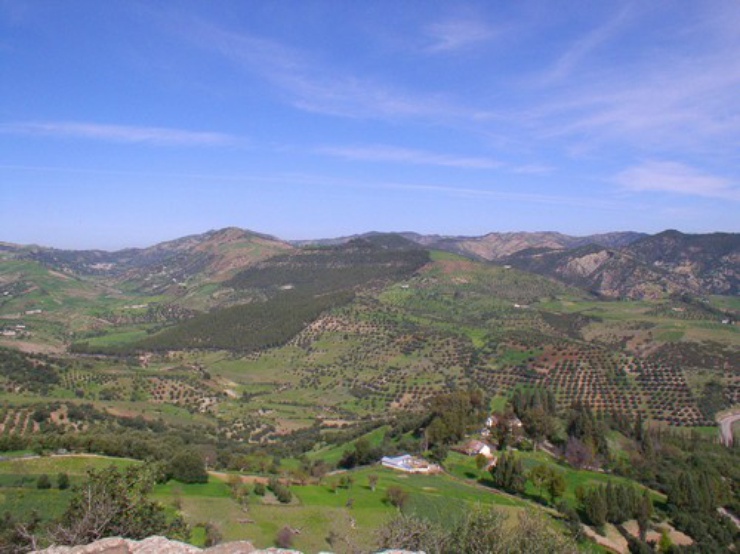 Beni Maala, trapped between the mountains and the sea, is a small village just outside Chefchaouen. Its proximity to the Europe-Africa border has played into the hands of drug traffickers. Cannabis is transported down from the mountains and is shipped to Europe on the other side. There are two different types of farming. Plants of one metre in length offer higher quality, with those of around three meters being sent to destinations like Amsterdam. Only men participate in its production, as women are occupied with domestic chores. With bundles of firewood strapped to their backs, they cook and tend to the farms, their livelihoods remaining endangered. The families receive next to nothing, between one and five percent of the market value, in the region of ten to seventy thousand dirhams (between 900 and 6300 euros, £770 and £5, 392) per year. Many dream of following the drug, passing the straights and selling their labour in Europe. 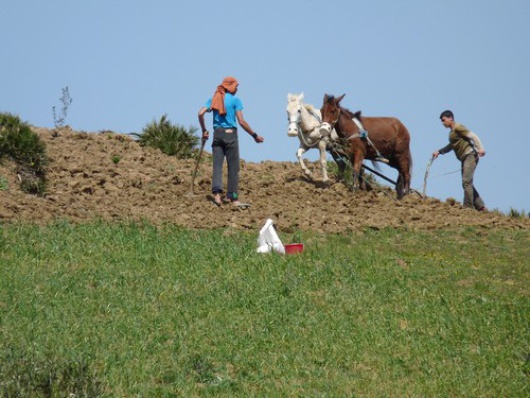 The mafia that controls drug trafficking earn millions, even billions. The treasure from Rif is transported either by boat, or in someone’s stomach. The couriers wrap the drug in cellophane, some is even sold to tourists to pass across the border. In 2004, 80% of European cannabis seizures were from Moroccan sources, with the majority being intercepted in Spain. Said seizures have come to fill the columns of various Spanish newspapers. Drugs are not the mafia’s only interest. Rif is ideal for clandestine movement. Cables are installed underground and the grottos and caves overflow with activities paralleling the real world.

Since 2005, various operations have attempted to eradicate cannabis plantations. The Larrache region, to the south of Tangiers, is a perfect example. According to the international narcotics control board (INCB), Morocco erased 40% of plantations between 2004 and 2005. Rabat hopes to end with cannabis before 2018. National parks and tourist facilities are seen as the way of the future. These attempts are being financed in part by European aid with the aim of substituting cannabis with alternative cultures or by green tourism for trekking fans. But how do you convince the farmers to convert to barley production, which is between twelve and sixteen times less profitable? Outside Chefchaouen farmers remain optimistic. The term 'kif' comes from the Arabic 'kef” meaning pleasure. 'We are the main sources of pleasure in Europe,' our guide Amine informs us. 'As long as there is demand, we will continue to supply.'