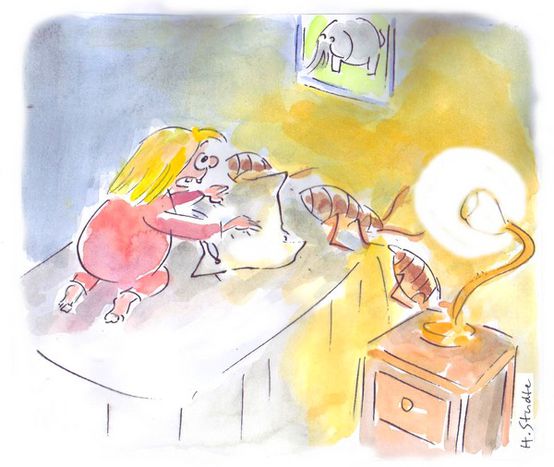 'Goodnight, sleep tight ...' be it cockroaches or communists under the bed - you never know what might be lurking around at bedtime in Poland or the UK. Weekly European idioms

Children have rich imaginations: you have only to let slip an inadvertent sentence for them to start fearing almost anything or anyone, like Falcor, the character from The Neverending Story, or to think that in times of crisis the bogeyman bailiffs will come and take away their toys, or even that in a few days the sun will explode and kill everyone. Night-time is the worst: parents are sleeping so they can’t protect you, plus it is totally dark and therefore impossible to really know what is hiding under the bed. Enormous cockroaches, perhaps? It’s not for nothing that the British say, when heading for bed, Don’t let the bed bugs bite

. Bugs are one thing, but let’s not forget Polish cockroaches which, for some reason or other, crawl closer and closer to your ears: karaluchy pod poduchy (cockroaches under the cushions). There might even be communists ('reds') hiding under the bed, as the English say Reds under the bed

It's  difficult then, in such company, to concentrate on one’s dreams when there are so many other things in the room, and harder still to ponder serious existential questions, as the French saying suggests: la nuit porte conseil

(night brings wisdom). Perhaps it’s better to be lulled to sleep by the rhyming Spanish song which suggests that you just have to go to bed to rest to get up early the next morning: vamos a la cama que hay que descansar para que mañana podamos madrugar