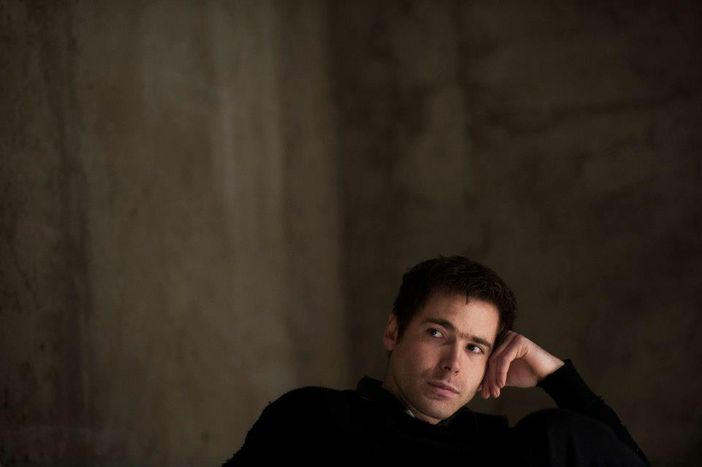 ‘Hra o kámen’, Jan Gebert's debut film, looks at the attitudes towards the 'collective guilt' of Germans following the second world war. Based in the small Czech town of Nový Bor, a memorial to eight murdered Germans has inflamed local anger over the issue which goes all the way to the town hall

In 2003, Johannes Rau, the eighth president of the Federal Republic of Germany, accused world war II allies of avoiding their responsibility for the deaths of around 2.5 million Germans following their forced expulsions from eastern Europe between 1945 and 1950. He claimed that the fate of expellees should be regarded as part of a ‘historic constellation’ of the twentieth century, along with the holocaust. According to Rau, ‘the pan-European catastrophe can only really be understood in its entire context’. The former president’s statement coincided with a row over the proposal to build a ‘centre against expulsions’ dedicated to the expellees, the ‘Vertriebene’.

The debate has been inflamed by the continued suggestion, in some quarters, that there is an attempt to create a victim culture within Germany – due to a ‘German historical revisionism’, which gained pace following unification in the 1990s – aiming to dissolve German responsibility for the atrocities committed under nazi leadership. However since the first suggestions of the transference emerged during the war, there has been sustained criticism against this practice on the grounds of human rights, but also due to the fear of post-war stability in Europe.

The issue has gained particular prominence in the Czech Republic, where a manner of revenge was manifested in the official Czech policy of expulsion with the beneš decrees of 1945 and 1946, allowing the forced expulsion of ethnic Germans. The policy has often since been described as ethnic cleansing, and would in itself become central to the debate over the notion of collective guilt. The occupied countries urged the need to cleanse their soil of what they perceived as the aggressive German race, and to prevent the minorities from doing any more damage to the dignity of their national heritage.

Stone Games is the 2012 documentary by Jan Gebert which highlights continuing disagreement over the way history is remembered in the Czech Republic. In the small town of Nový Bor, formerly part of the Czechoslovak Sudetenland in the northern Czech Republic, the construction of a memorial reignites the disagreement. The offending stone has been installed to offer remembrance to eight Germans murdered in the town; it is the mayor’s attempt at reconciliation between the two nations. However, many in the town hold this construction in contempt, including those opponents of the mayor who describe themselves as Zemanites. The film goes on to detail a period of the struggle between two sides, until the town’s electoral clash. The relationship between Germany and the Czech Republic develops throughout as a microcosm of the continued complications. The mayor himself, we discover, was originally of German dissent, but many years ago had his name changed to a Czech one. This only further highlights how German and Czech history is inextricably bound.

The documentary manages to remain largely objective in a heated and passionate dispute that illustrates both the seriousness, and the ridiculousness, of both sides of the argument. Between long moments of what is a passionately serious issue for those involved, there are moments of light relief – the presentation of a hideous glass vase to Zeman with a picture of his own face on it by the opponents of the mayor does not fail to get the cinema laughing here at the Brno one world film festival.

The documentary best illustrates the uncomfortable reassertion of nationalism

However, what the documentary illustrates best is the uncomfortable reassertion of nationalism, and the use of anything that appears to support that. Discussions on what is a Czech, and pride in being a Czech, take the opponents of the memorial long in to the night. To them the stone is nothing more than a commemoration of fascism. In a time where many groups are reaching for nationalism as a form of protection, this documentary highlights the wider issue of ultra nationalism that is threatening to tear many areas of Europe apart.