Do You Want to Do Something Special? Visit Macedonia!

Imagine a summer language school in a small, but sunny country with a rich, cultural and food variety offer. The young adventurist Gabor Parti didn’t have to imagine it, because this was exactly his experience during his stay in Republic of Macedonia

Imagine a summer language school in a small, but sunny country with a rich, cultural and food variety offer. The young adventurist Gabor Parti didn’t have to imagine it, because this was exactly his experience during his stay in Republic of Macedonia.This summer, Andras, Gabor, Marcell and 5 other young Hungarians decided to spend a short adventure in Macedonia. Andras and Gabor have already been in Macedonia before, so they convinced their friends that they must visit ‘this country with nice people, beautiful landscape and delicious food’, as Andras says.

Gabor visited Macedonia many times, but before his first visit he had no clue about the country at all, he only knew the flag, all because of his childhood enthusiasm for flags.

‘We did a Balkan trip with my friends, and we liked Macedonia so much, that we decided to stay one more day than initially planned. Then some years later, I saw a piece of paper on the wall at my university in Budapest: ‘Do you want to do something special? Learn Macedonian!’ – with the flag attached to the note. Accepting the challenge, I did apply to take part in a language school and learn Macedonian. I had nice memories about the country, and I always wanted to learn a Slavic language’, says Gabor.

He actually got accepted and had an amazing teacher, who taught them about the country, the people, the food, the traditional dances and also about the famous Macedonian director Micho Manchevski. He liked everything he heard and as he says: ‘the country grew really close to my heart’. 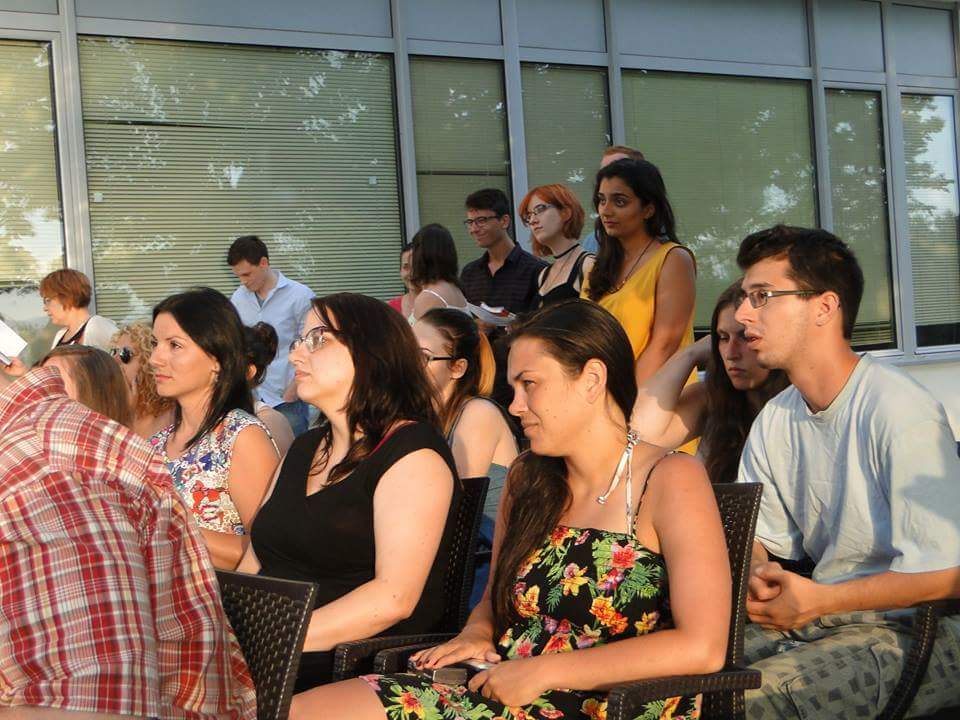 Together with their professor, they visited the capital city Skopje for 3 days and wandered around the city. They had the chance to see Tumba Madzari, the Old Town, and all the sights, except the Millennium Cross. The kebap at Destan and Skopsko (beer) near the river, according to Gabor were the best way to finish the short visit. Panda, their professor mentioned that there is an opportunity to go to Ohrid for a summer school, so he didn’t want to miss the chance to participate in the Летна школа за Македонски јазик, литература и култура or Summer school for Macedonian language, literature and culture.

‘I spent two amazing weeks near the Ohrid lake with people from Poland, Finland, Korea, China, Russia, Romania, Croatia, Slovenia and Serbia, learning a lot more than I expected. Again, we had an amazing teacher. We studied the Macedonian language every day from 9 to 12, we had lectures in the afternoons, and we danced oro – tradional dance- in the evenings. I have the nicest memories, made new friends, got to know Toshe Proeski – the famous Macedonian singer – and drank T’ga za Jug a lot – the popular Macedonian wine’, says Gabor.

So when in July he came together with Andras, Marcell and the other part of the crew again in Macedonia, he did all the speaking – in the hostels, in the restaurants, and showed his friends around, just like a local would do. But, Gabor was not the only one impressed by the beauties of Macedonia. His friends were excited as well. They were planning a Balkan summer trip, from Hungary all the way to Greece, and although they liked each place where they went to, they were glad they stopped in Macedonia as well. In here, they visited Ohrid, Prilep and Skopje. 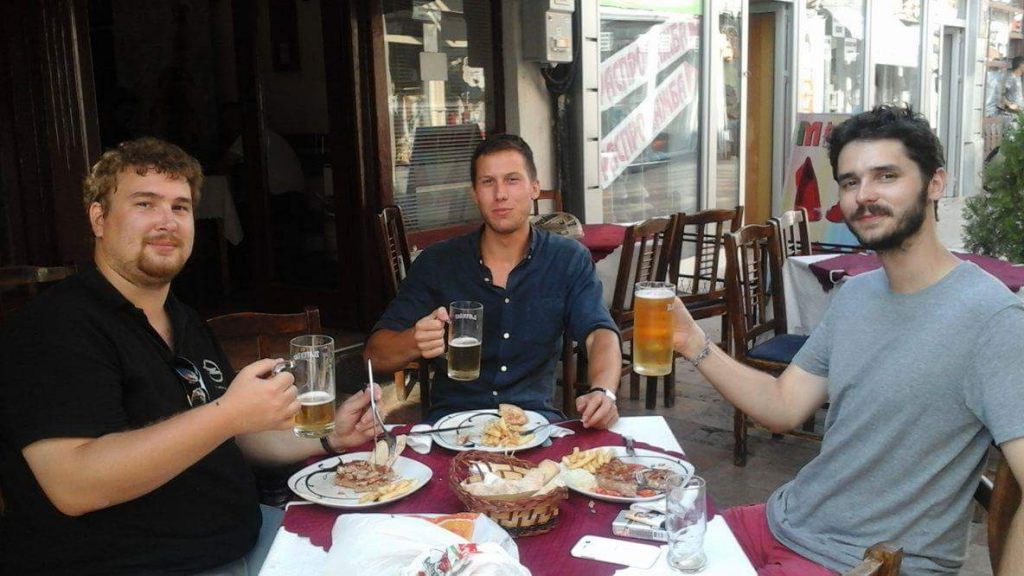 ‘Ohrid is beautiful. It feels like the seashore. I really liked the cobble, stone roads. The lake with its absolute clear water is just wonderful, says Marcell Polik, who visited Macedonia for the first time.

‘The Ohrid Lake is gorgeous; the old town is like a jewel box. Touristic place which fortunately the “western” tourists haven’t discovered yet so much (maybe it is only good from my perspective, I don’t like the mainstream touristic places), so it could stay still unique’, says Andras Arvai, according to whom Macedonia is the best Balkan country.

On the way down to Greece, they visited Prilep as well. ‘Although we spent little time in Prilep, it was enough to get know the real face of Macedonia, and I don’t mean the touristic part of it. I am glad that we visited this city. The main square looks lovely with the Clock Tower, explains Andras.

They fulfilled their summer mission – to visit this small and beautiful country as they say.

‘I felt like home. I still have 500 Macedonian denars in my wallet just in case I drop in again soon’, says Gabor smiling. He adds that he will definitely continue learning the language; with hope to visit more parts of this beautiful country.

Gabor encourages all (young) people, who want to learn some new or somewhat difficult language to never quit and just keep studying and improving themselves, as you never know how useful one language can turn out to be. ‘It is just a matter of motivation when you learn a language. You have to like it in order to be good at it’, emphasizes Gabor.

Just remember: Education is never out of style!