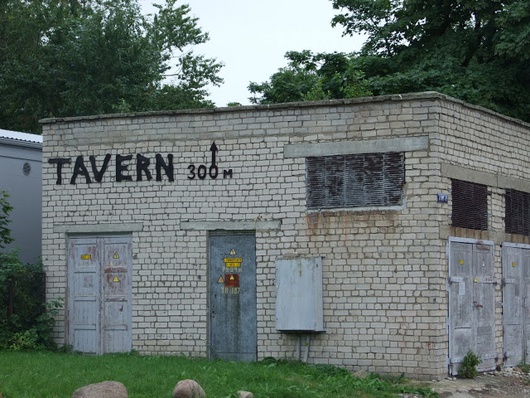 Whatever people will say, that pork steak we had will stay as adorable as I immediately said: I never found anything tasting “so Sardinian” in the whole Europe. Our lunch goes quite smoothly and reaches the top when I manage to leave the restaurant for a while and I start, together with one of our guides, to look for an ATM. We do not waste time, we are alone and we can go straight to the point, even though my Estonian skills are still less than basic and her English is not so fluent. The majority of Paldiski population is native Russian, keeps using Russian as the real everyday language and did not excessively complain when Russians decided to stay a bit longer once Estonia was already into the road to independence. While she is Estonian, and she does not belong to this place as she was born in another Estonian-Estonian county in the middle of the nation. 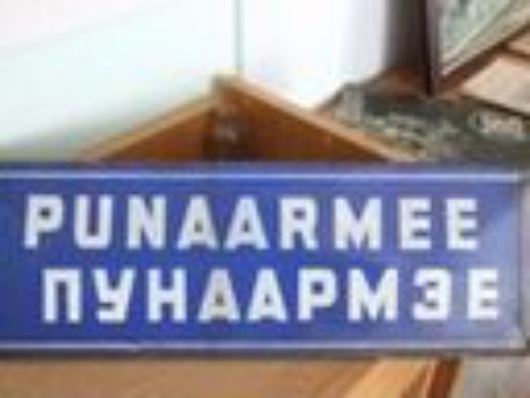 “Do you feel accepted in here? Isn’t it hard to live in a place where you are considered foreigner in your own country?” I ask realizing that, most of the time, this is The question I pose to Russian people. And it feels strange to ask it to an Estonian now. “Yes, sometimes it is hard. Some people do not like me because I am not Russian, is true. Once one old lady who lives close to my apartment started to yell at me arguing that I should not expose my clothes to the public view when I put them to dry. Because no one want to see any dirty Estonian one.”, she tells me without the sufferance I would expect from such words. “And what about last April, then?” I try to ask. “How was to live it here…what did you feel those days?” “Well,” she says while she points her eyes on something a way too far to be seen. “I discovered that on the news and I was shocked as almost everyone else, but it did not pass too much time until everything started to happen also outside our windows.” “Nothing serious happened here in Paldiski: just few people damaging some cars and nothing else. But when I have seen those military cars stationing here –and she points her fingers to a place next to the main road, close to a pizzeria. Ndr­­- I felt it. I felt I was almost 20 years back. I felt we got trapped again. I felt we finally woke up from our dream of independence.” Few minutes later we are back in the Tavern smiling as nothing had ever been said and we are ready to start the second part of our Paldiski visit: the coastline. Being obliged to split our group in two parts because of the number of places available in the car, I go with Jaana and the director of the museum to one of the most amazing places I happened to visit in Estonia. After a 5 minutes minutes drive and a nice wall paint saying “Welcome to Hell”, we get close to Paldiski military base, a place where we will probably not be able to see in few year anymore. 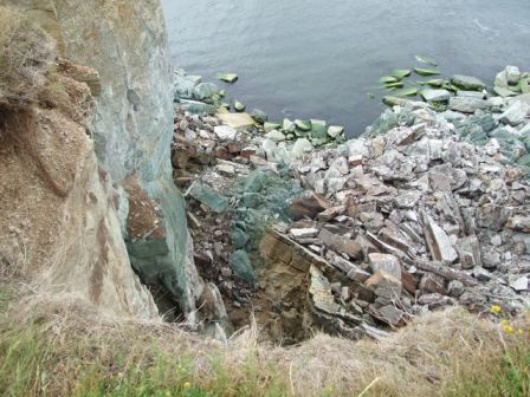 The wind keeps blowing on an incredible game the nature is playing on there. The three of us are standing in front of the sea, in front of some 50meters fall, without any protection between us, the waves and the rocks. “Why?” I ask. “Why don’t they put something here to protect people from jumping?” “Because it would be useless” she answers. Every couple of months a new part of the land falls down on the sea without any chance of avoiding it. “The lower part of this land is much softer than the upper one so, when the water starts to attack, there is no chance. It starts falling down. As here, look!”. She points her finger few steps behind us where the sole is full of small creeps, sign of an imminent fall. “Tap your feet, listen to the sound. In few months even this part will disappear” and she is right. The noise is strange, almost empty. Somehow scary too. Behind us, some hundreds meters from the coastline, some brand new windmills stands happy about a wind comparable to that damned one I found once while going to “el Guincho” a beach on the open Ocean next to Cascais. 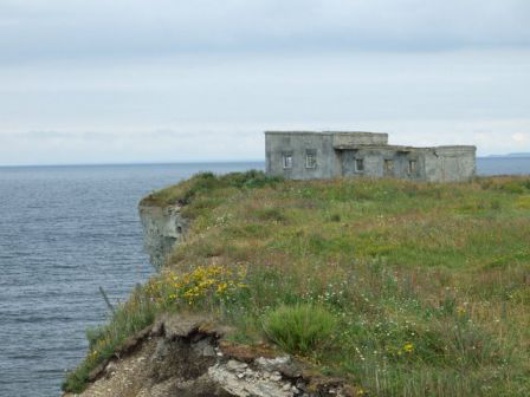 “But, I remember that one of the main complaints about windmills beside the strange sound they make, is that they produce a lot of vibrations which, people thinks, might be not too good for the ground.  So…how come you have windmills here?! Doesn’t it accelerate the process making more land fall into the sea?” “Maybe. It might be true.” She tells me while walking around and showing me a building which, in some months, will be simply a souvenir as everything which has been build in front of it. “It will not last more than a year.” The wind keeps blowing too much and the others are waiting in town so we realize that we have to come back and leave this incredible scenario for getting back to today’s and stop looking at that strange rocket standing outside the army base.Estonia