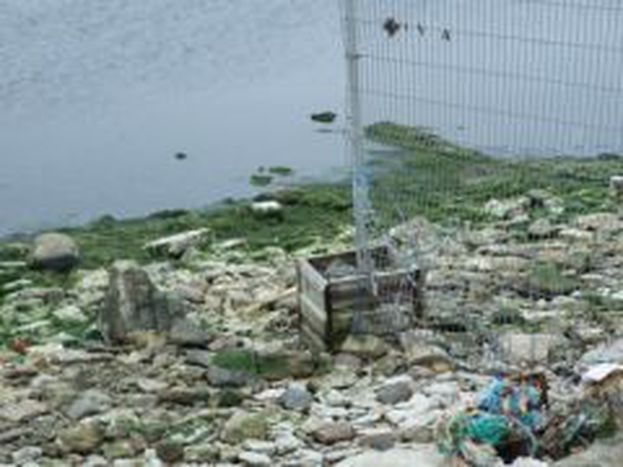 If last week a nice sunny day showed me a Sillamae I did not expect, this weekend our beloved Estonian weather followed us till Paldiski and reminded us that summer will be over soon.

Since when we announced that Discovering Estonia second step would have been Paldiski, we started to receive negative feedbacks from readers and friends: described – again – as one of the ugliest places on earth, this city does not seem to be much appreciated by people. Especially by those who have never walked in its streets.

At our arrival, during a grey and rainy mid-October morning – in August – we immediately met our exceptional and kind personal guides, Ms Aive Saluste and Ms. Vladlena, director of the local museum and we let our second nuclear adventure begin with a walk over the city coastline.

Once upon a time place for having a pleasant walk on next to the beach, this part of the city is one of the less attractive I happened to see in my life: stones, bricks, trash and green mud everywhere make hard to believe that it looked any different during the past.

“It used to look much better” Ms. Saluste said. “ Before they decided to build the port this was the place where citizens came for walking and relaxing. Nowadays this is simply impossible.” And we agree.

Because if one side is occupied by a port which would make even the one in Le Havre look pretty, the other sides aren't any better. Nor any cleaner. 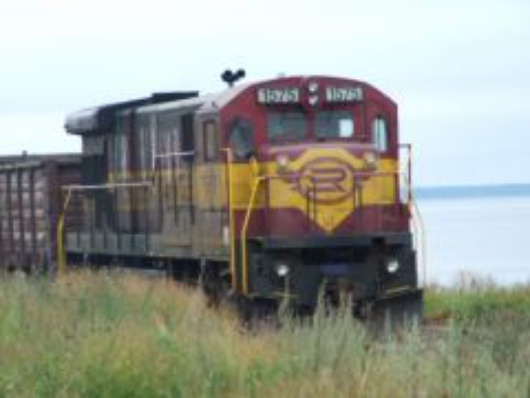 Behind us, an old and consumed locomotive slowly moved on its track. Bought few years ago from USA, the train seemed to feel perfectly at home in such a desolate corner and we all agreed when someone said that it is funny to see how “civilized countries” manage to get rid of their old products when they want to.

On the opposite side of the port, three girls standing on a huge stone, keept throwing small stones on a sea which looked prettym much a mud and in which fishes are nothing more than a bitter souvenir. “We used to have fishes in here, but everything disappeared after they built the port” our guides said pointing out the impact pollution and all the activities connected with the works for building the harbor had on the ecosystem of this peninsula.

Then our walk went on and we have suddenly been invited to climb over a round stone which we were told covers an important role on Paldiski cultural history: this is the place where fishermen used to draw their complaints when storms kept them far from the sea for too much time and it is also the place where Amandus Adamson, one of the most known and appreciated Estonian sculptors, used to come for getting inspiration till the very end of his life.

Unfortunately nowadays things are getting less and less romantic and mariners, sailors or sculptors, have been apparently replaced by fans of Metallica and other famous international bands.

Nothing against it, really. Simply not the same thing.

Few steps further, and after a silent walk around some abandoned building which, during their glorious exhistence used to be one of the fist custom of the whole country, we ended at the renovated train station: a nice and colored wooden house with café and kauplus surrounded by some grey blocks which reminded us we were in a former closed city. 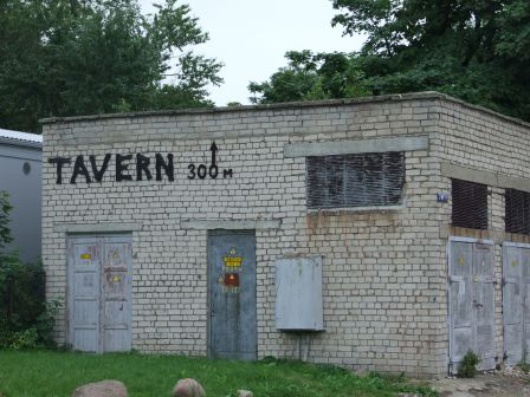 Time for lunch, someone said.

And, so, time for following that inviting "Tavern" sign we had seen some hours earlier.