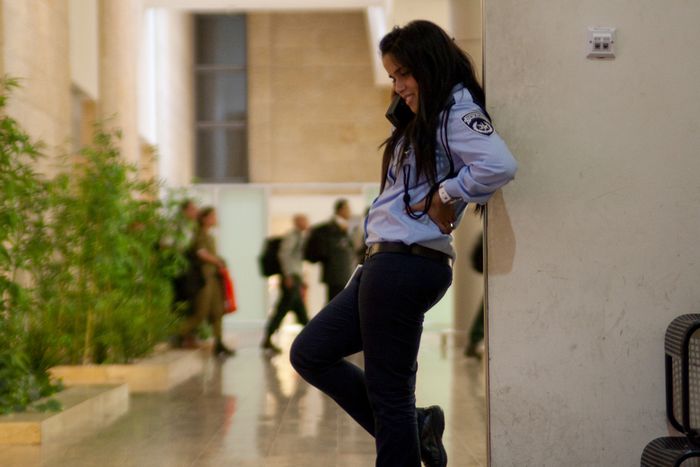 Diary: a Lithuanian checks in at Tel Aviv airport

Many people have complained it took lots of time for them to leave Israel. I was a rather unclear case, and being a woman from eastern Europe often spells trouble. Anecdote from cafebabel.com blog 'Wonderland'

I read a story of a Ukrainian student visiting her family, who was interrogated for hours as the border controls suspected her of going to Israel to become a prostitute. Nothing can save you if border controls are in a bad mood. A friend of mine was visiting her sisters, who settled in Israel according to the Law of Return. She was asked such questions as 'when was the last time you've been to a synagogue?' Another friend from a 'western' country visited me in Tel Aviv. After hearing my name among the people he visited, the border controls immediately became suspicious and started asking him if I had been trafficked. An American traveller was interrogated for having books about islam in his bag. And then I read the story of how a Finnish travel agent was stripped down by male staff, humiliated and interrogated for a long time, because it just slipped out from her that she was dating an Egyptian guy in Finland (oh, you just don't tell such things to Israeli border controls, it was naive of her of course).

So I spent some time scaring myself with worst-case scenarios as I prepared to fly from Tel Aviv to Budapest. What could possibly happen?