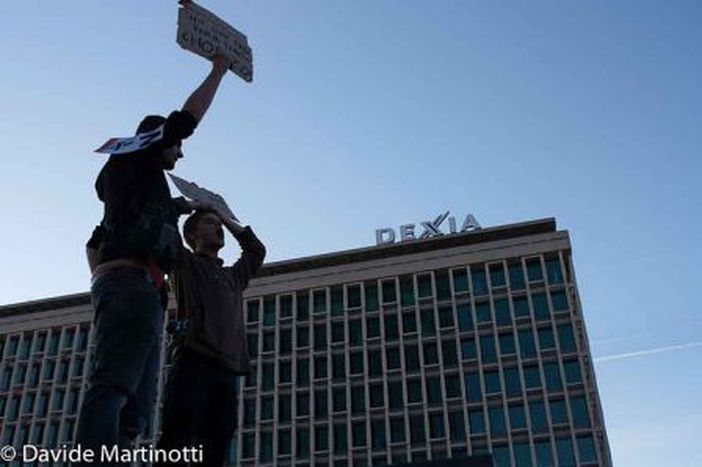 By Anke Harthoorn, photos by Davide Martinotti What’s in a name? It seems to be a question we don’t asks ourselves quite enough. At this moment we can only hope that the bank Dexia, in all of its current departments and future divisions, doesn’t have too much in common with its winged parasitic namesake. Or how marketing managers – and bankers for that matter – should do some better research.

With the euro pending on the goodwill of Germany and the other 16 common currency countries (CCC’s) who gathered in the Justus Lipsius building this Sunday, the nationalisation of the “bank for the depositors” has come under new scrutiny. Will this purchase safeguard Belgian savings and the country's economy, or put a new financial burden on Europe?

Congratulations, you bought a bank!

“To sell or not to sell to France”, seemed to be the Question of October in Brussels. Already lacking a government, Belgium decided it needed at least a bank to be a sovereign country worthy of that name. The government of ongoing affairs bought Dexia Belgium for only half the asking price, a sloppy € 4 billion Euros, from France during the midseason sales. Belgium also vouches for 60,5% of the state guarantees in the so-called bad bank. Roughly calculated this means guarantees for € 54 billion Euros, about 15% of the annual GDP. But is such a warrant, issued from a country without government or a budget, trustworthy enough? Judging by the bank's stock rate last Friday night, it seems the trust of the markets is as high as the price of their shares (€ 0.595). "Not to worry", said Belgian Prime Minister Yves Leterme after the agreement and the following downward trend of the newborn Dexia Belgium. "The government prevented a systematic crisis, we paid a fair price, the risks are well managed and the deal doesn’t impose any extra burden on the government or taxpayers." 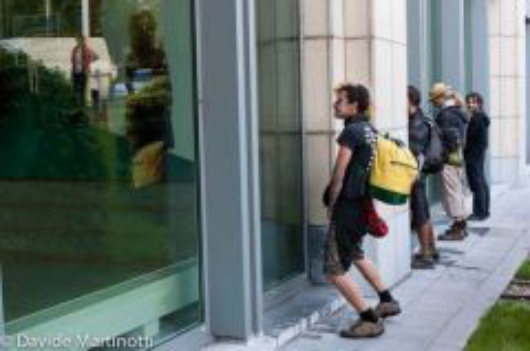 The following week, it became clear that the deal brought about a little more risk than first anticipated. The municipal holding, the joint company of the cities and municipalities in Belgium who invested a great deal into the bank during their first crisis in 2008, was put on the brink of bankruptcy while the details of mismanagement of the bank put “Letermes save” under political and public pressure. The financial details of Dexia-CEO Mariani’s Brussels nights after a long day of rent-swapping became a lot more salient now they will be paid with taxpayer’s money.

The European Commission on the other hand approved of the nationalisation, at least for now, as published in a statement last week. The procedure will be investigated to see if the sale was in accordance with the Commission’s rules on state aid. A legal inquiry, at the moment of publication it was not yet known if there would be an impact assessment – or a pause to consider whether it was a necessary/clever move to be taken.

The new kid on the chopping block?

"When we took over, Dexia was more of a hedge fund than a bank", said Dexia-president and former Belgian PM Jean-Luc Dehaene, defending his policy. "Without the new euro crisis this past summer, their plan to guide Dexia into less troubled waters would have succeeded", he concluded.

Pointing the finger is too easy, according to Professor of Economics at the Catholic University of Leuven Paul De Grauwe. "Dexia has suffered in suffered from investments in sovereign debt from countries like Greece. But the biggest drain on its cash stemmed from a series of complex, wrong-way bets it made on interest rates related to its municipal lending business. Dexia lend money to the municipalities at a fixed interest rate for a long period. But, with a fluctuating interest rate –paid by the bank itself to finance its own operations- the borrowing cost was exceeded by the interest charged on loans and the bank lost money.", resulting in the nationalisation of the bank and a bankruptcy (without this name) for the Municipal Holding.

According to the professor, Dexia is not an outstanding case and rent-swapping is common practice in the financial world. "It is not unlikely that a new bank will come into trouble shortly and will need state aid." But are France, Luxembourg and Belgium, or the other Member States for that matter, ready for a new Dexia?

At the European Council summit, with all the hustle and bustle about Greece’s new haircut, there’s little attention or time to be spent on Belgium’s latest whim. Maybe they’re too busy, maybe it’s quite nice with your head stuck in the sand, or maybe there’s nothing to worry about at all? But with the markets opening again tomorrow morning, there’s no time to wait.

De Grauwe warns that the euro rescue strategies need to be changed. "In the short run, it would help if the authorities would say they refuse to provide publicly funded money for the payoffs of derivatives", he said. "This is like using public funds to support your local casino. It is difficult to see how this is good for society in the long run."