European development assistance should be given to Belarus, Ukraine and other countries in transition on the frontiers of the EU - not just countries in Africa and Asia. 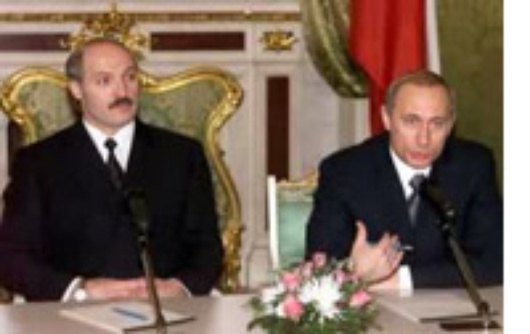 Over a period of 15 years, Central European Countries (namely the Czech Republic, Hungary, Poland and Slovakia) obtained enormous amounts of aid from richer countries in order to rebuild their market economies - which had suffered after fifty years of centralisation - and to establish the foundations of a democratic civil society. These countries started paying back this debt in the second half of the nineties with their first development cooperation programmes, while still undergoing the transformation process themselves. These countries, previously part of the so-called ‘Second World’, are currently entering the ‘First World’. Many of them acceded to the EU on May 1st 2004, having previously joined NATO and the Organisation for Economic Co-operation and Development (OECD). Although entry into the EU has many economic benefits, certain financial burdens must also be borne as EU funding accounts for 50 % of global foreign aid, 95 % of which comes from members of the OECD.

Blast from the past or advantage for the future?

Development cooperation is not a new tactic for the ex-Communist Central European Countries who, in the period before 1989, provided assistance to “friendly” Socialist states developing in Africa and Asia. However, their first experience as donors in the new geopolitical reality was in the context of the Balkan wars, when many of them initiated typical development programmes providing humanitarian aid. The avant-garde of these programmes was run by the non-governmental, rather than official, sector, with the Polish Humanitarian Organisation and the Czech TV Foundation ‘People in Need’ being among the most active. After this period, assistance from Central European Countries was provided mainly to Eastern European countries from post-Soviet block and Ex-Yugoslavian states.

However, can Central Europe continue with its own transformation process and contribute to the global struggle against poverty? Governments of the countries which recently entered the EU have to take into account the requirements of international development politics when allocating their own, rather modest, aid. For instance, Poland adopted a new strategy in 2003, reorienting the geographical focus of its aid to make it more compatible with international expectations. In the past, Poland spent a major part of its aid supporting transformation processes within the Commonwealth of Independent States, especially in Belarus and Ukraine. But now, only assistance provided to ‘developing countries’, as listed in Part l of the Development Assistance Committee’s (DAC) list, can be counted as development aid. Countries already in transformation are placed on Part II of the DAC list and, as a result, financial transfers to those countries are not calculated as development aid. This means that Polish assistance is now mainly distributed between five African and Asian countries and similar changes can be observed in the policies of other Central European Countries.

Part II of the DAC list was established in the beginning of 1990’s in order not to distort development statistics when huge transfers of aid flowed from the West of Europe and the USA to Central European Countries. Currently this condition is constraining their development involvement and does not reflect the real situation of poverty in the world. For instance, financial development transfers to Botswana, with its Gross National Income (GNI) of $7, 770 per capita, or to Croatia, with that of $9,760, are compatible with the Official Development Assistance (ODA) definition (both countries are on Part I of the DAC list), whereas any kind of assistance to Belarus ($5,330 GNI per capita ) or to Ukraine ($4,650 GNI per capita) is not calculated as a part of the global struggle to achieve the Millennium Developments Goals.*

All efforts to end global poverty should be made. Nevertheless, emerging donors from Central Europe ought to specialise in the sectors and countries where their comparative advantages could bring the best results, which means mostly in countries in transition. How to rectify the problem? The International Community should be lobbied to include Ukraine, Belarus and other countries in transition in the ODA definition. The European Union, in particular, should push for change because it will facilitate their new neighbourhood policy.