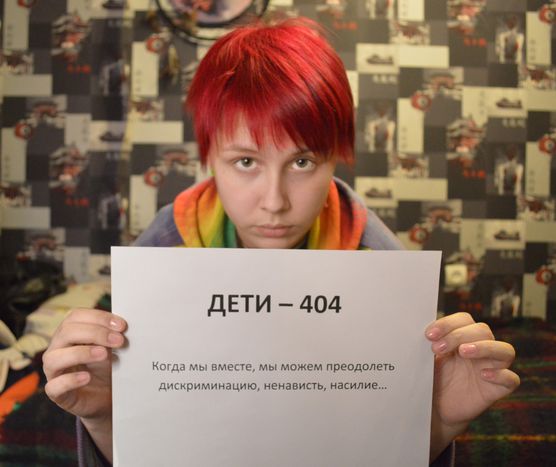 On June 30th 2013, the Russian government banned the ‘propaganda of nontraditional sexual relations’ to minors in a censorship act which enshrined homophobia in Russia's legislation. It is now illegal to give any information to under-18s about non heterosexual relationships. Lena Klimova, the founder of LGBT youth support group Deti-404, talks about the new law and its effects upon Russian youth

cafebabel: What is life like for LGBT teenagers in Russia?

Lena Klimova: While life for LGBT teens in Russia is of course not as difficult as in countries where same-sex relations are subject to the death penalty, nevertheless their lives are far from easy. Coming-outs are associated with many and serious risks.

In the worst cases, parents can go so far as forcing their children to leave, beating them, blocking phone and internet use, sending them to be ‘treated’ by a psychologist, placing them in a psychiatric hospital, or subjecting them to constant threats and harassment.

cafebabel: How does Deti-404 support young people who identify as LGBT? 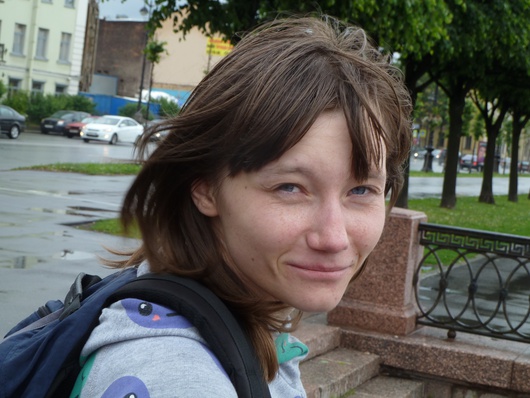 Lena Klimova: Mainly by means of our photo campaign, Children-404. We exist!, through which we show these young people that they are not alone and that there are a lot of others like them, as well as straight people who support them. We try to help in whatever way we can: if necessary, by giving them the contact information of LGBT friendly psychologists, and also by talking with them ourselves and befriending them.

cafebabel: How many teenagers are members of your support group?

Lena Klimova: The closed group established for the teenagers has at the moment 1095 members, whereas the open group, where we publish the letters and photos, has 9398 followers.

cafebabel: What effects have the recent changes in legislation had in Russia?

Lena Klimova: The recent propaganda law has unambiguously worsened the situation for LGBT people in Russia. People have got the point that LGBT people are a marginalized group which may be remorselessly oppressed. They use their homophobic beliefs to justify firing LGBT people from their jobs, violence and even murder. One clearly senses how the situation has worsened…

cafebabel: What have reactions been to the recent ‘propaganda’ law from members of Deti-404?

Lena Klimova: There have been several typical reactions from the members of the project. Many youngsters got very upset, even if they knew that the law was likely to be passed. Many were scared. Many are seriously discussing the possibility of emigrating abroad to study.

cafebabel: In your experience, are the majority of Russian people homophobic? If so, has this feeling increased in intensity in recent years?

Lena Klimova: My feeling is that the majority are not homophobic, they simply don’t care about the topic at all. But these days, when the topic is constantly discussed in a negative framing, many people feel compelled to choose a side. They take the homophobic side, because they have no access to elementary information such as the fact that homosexuality is not an illness. They have no place to find such information.

cafebabel: Are the younger generation more or less open-minded than their parents and grandparents' generations? (If it is possible to make such a generalisation).

Lena Klimova: In my experience, the young generation is more open-minded, not only as regards sexual orientation, but in general.

cafebabel: Is it better for people identifying as LGBT to leave Russia for more liberal shores or to try to make change at home? 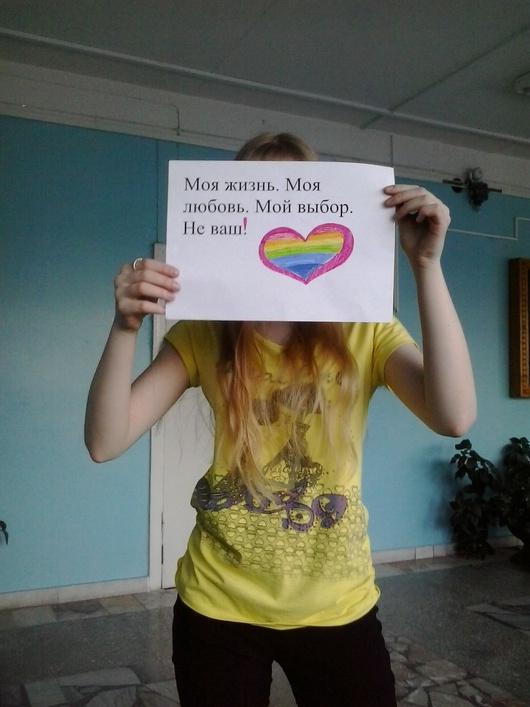 cafebabel: There's a lot of debate right now concerning whether or not to boycott the 2014 Winter Olympics. What's your opinion?

Lena Klimova: I think that there in any case will be no boycott, and it makes no sense to discuss the topic. The Olympics are not solely a huge image-building occasion for Putin. In my opinion, one should not argue in favour of a boycott of the Olympics, as it will harm athletes who have been preparing for them for their whole lives. Possibly, it would be better if the guests visiting the Olympics occasionally said something about the situation for LGBT people in Russia.

cafebabel: What can people across the world do to support LGBT people in Russia?

Lena Klimova: They are already doing it. As regards our project, we are always very pleased when we receive letters and photos from abroad, from Great Britain, US, Israel and other places. Then we understand that we are not alone, and that gives us strength and hope for a better future. 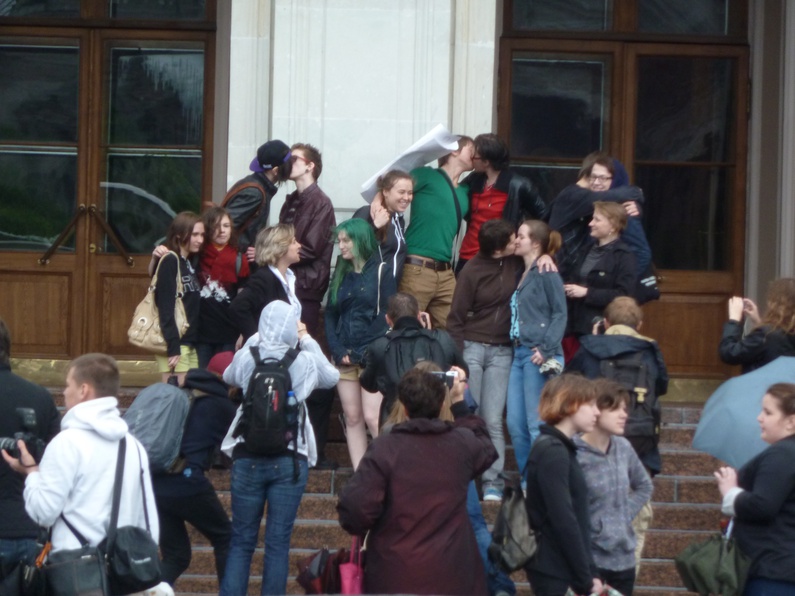