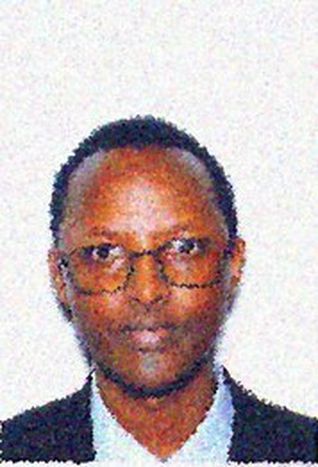 Since fleeing Rwanda in 2000 for criticising the government of President Paul Kagame, Mushayidi has remained determined to create a unified opposition.

The Rwandan genocide remains a mark of shame in the European conscience. In April 1994, between 500,000 and one million Tutsi and Hutu opponents of the Habyarimana regime were massacred in a few short months while the international community stood back and watched. According to Mushayidi, “the EU, like the UN, clearly abandoned a people in danger. In opting for non-intervention, the international community failed in its duty.”

Despite the semblance of justice provided by the international tribunal in Arusha, even now, eleven years after the genocide, Rwanda is not yet at peace with itself. A recent Human Rights Watch (HRW) report comments that in the elusive quest for national unity: “[the government] equates “genocidal ideology” with dissent from government policies or with opposition to the Rwandan Patriotic Front (RPF), the dominant party in the government.”

During the genocide Mushayidi lost all of his family. However, rather than dwelling in anger what is striking about Mushayidi is that says he is committed to work towards a better life for both Hutu and Tutsi. For this to happen, he says, the government needs to face up to the consequences of the genocide.

Mushayidi was originally trained as a priest in Switzerland. When the RPF, a rebel movement created by exiled Tutsi's based in Uganda, took control of the country in 1994, the economy and infrastructure of Rwanda were in ruins, and the RPF asked him to return to the country to help the reconstruction process. During this process, Mushayidi was executive secretary of the center for the promotion of free expression and tolerance in the Great Lakes region (CPLTGL), chairman of the Rwandan journalists' association – under the control of the ruling Rwandan Patriotic Front – and editor-in-chief of the paper Imboni.

It was for this magazine that he wrote a series of articles on the flight of Sebarenzi Kabuye. Sebarenzi, the speaker of the national assembly, was forced to resign because he challenged the RPF’s line on the genocide. In the previous two years, Tutsi’s had begun fleeing Rwanda, making it difficult for the government to continue to accuse the opposition of being genocidal.

Shortly after the article appeared Mushayidi was dismissed from his post as chairman of the Rwandan journalists' association and accused of "misappropriation of funds" by the Rwandan authorities. These articles led to the banning of Imboni in February 2000. Shortly after, Mushayidi sought political asylum in Belgium.

He explained “I did not have long to prepare my departure into exile. I immediately thought of Belgium, because it has a strong historical connection with Rwanda and the Great Lakes region. In Brussels, that European capital, one can easily follow the developments of the world in general and of Africa in particular. Furthermore, there were many people there that I already knew.”

For Mushayidi, the RPF is not the "red cross" –for him the RPF did not stop the genocide. Furthermore, it continues to manipulate the political situation and claim it had the sole role in stopping the genocide. Moreover, in Rwanda today the RPF wields almost exclusive military, political and economic control and tolerates no criticism. The opposition has been forced into exile. In the name of unity and national reconciliation, the various segments of Rwandan society are subjected to an authoritarian doctrine. What Mushayidi wants is a dialogue in a society where people are guaranteed their human rights.

In his book The Secrets of the Rwandan Genocide, he accuses Paul Kagame of having played a role in the plane crash of Juvénal Habyarimana, the then President of Rwanda and Cyprien Ntaryamira, the then Burundian President. This plane crash was one of the pretexts for the massacre in 1994, and Mushayidi remembers the time after his book came out as a terrible one; even close friends were too scared to talk to him. “People were scared; they were using pseudonyms to write to us" he said.

Just because the opposition is abroad does not mean they are powerless.

In March 2002, the Alliance for Democracy and National reconciliation (ADRN-Igihango) was formed. The Igihango - which means pact sealed in blood - united an umbrella of Tutsi groups with the FDLR, the political wing of the Hutu ALIR – the army of the Hutu-dominated Rwandan regime that carried out the 1994 genocide. Mushayidi was the spokesman for this alliance.

However, the alliance failed to find favour in Rwanda and the group dissolved. In 2004, many of the same members formed another party: the Partie Democratique National (PDN). For Mushayidi: "the two ethnic groups have been unified in exile despite numerous difficulties". He believes that even though the opposition is facing a number of internal difficulties there is still hope.

The Will to Change

Mushayidi believes that the international community is “tailoring their activities to avoid confrontation with authorities.” While “the EU has all the means to help” and put pressure on Kagame, “there is no will.” Without such a will, from both the international community and the Rwandan government, the future looks uncertain for the Rwandan people.