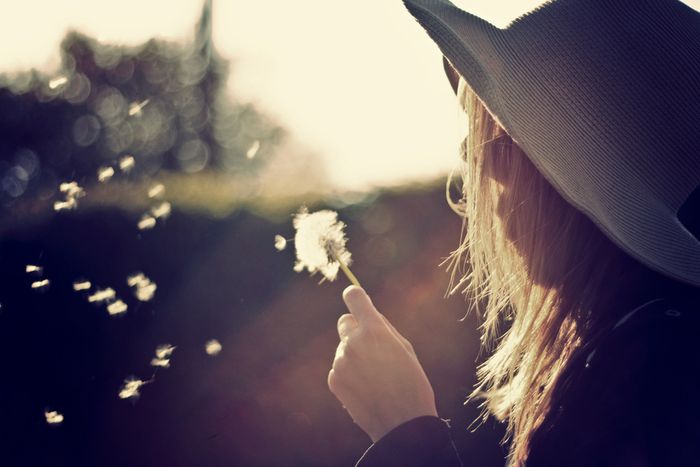 Denmark: The Land of the Happy Populists

In Northern Europe, there’s a small nation which, according to a UN report, is supposed to be the happiest in the world: the Danes. Their country’s economy is sailing nicely through the crisis, and the Danes are willing to pay European record tax rates for a strong welfare system. But the skies are changing above the idyllic country between blue seas and golden cornfields…

The clouds begin to gather

The Danes, regarded as being tolerant and cosmopolitan, marked the new millennium with a change of government. They replaced the social-democratic government with the liberal Venstre Parti’s candidate, Anders Fogh Rasmussen. Until then, everything had fitted into their harmonic image, but during his time as Prime Minister (2001-2009), Rasmussen swung his party heavily towards the right. Brussels saw a cause for concern not only in his measures affecting immigration policy, but also the reintroduction of border controls. Denmark was quite simply breaking EU Law. Rasmussen’s coalition partner, the right-wing populist Danish People’s Party (Dansk Folkeparti), was jointly responsible for this change in policy. At this point in time, it was just a junior coalition partner, but some things still looked set to change for them in the run-up to the 2014 European Parliament elections.

The luck of the Danes appeared to be wearing thin after ten years; the financial crisis had struck Denmark as well, and the Venstre lost the trust of the good-natured Danes. They elected Helle Thorning-Schmidt as their first ever female Prime Minister in 2011 and the Social Democrats back into office in Christiansborg Palace along with her. Nevertheless, amongst all the political change, nothing goes ahead in the homeland of the Little Mermaid without the smaller peripheral parties. So the entire left wing of Parliament also governs alongside the inexhaustibly smiley Helle, forming a minority government which is 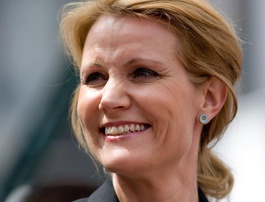 tolerated by the Opposition. They achieved radical change, however, and the disreputable tact of the previous Venstre decade was replaced with a humanitarian melody which has since faded out every year with a sensitive New Year’s speech by the Prime Minister. The velvety left-wing policies don’t seem to be really convincing the Danes, though. Helle Thorning-Schmidt has also shown a penchant for a flexible cabinet by sending ministers to the Queen on several occasions for them to be presented with their certificates of discharge, only to invite their successors to tea soon after. This has cast Denmark’s first female Prime Minister in a bad light. She was brought to reckoning on the ballot papers of the 2013 local elections. The Venstre were back, but there was also an old acquaintance emerging in their shadow: the Dansk Folkeparti (DF).

The Populists emerge from the shadows

Nobody could stop the resurgence of the extreme parties in the run-up to the European elections. The election results in Great Britain, France and also Denmark shocked many voters and politicians. Non-voters, populism and smart-alecks were à la mode for this election. The Front National’s victory in France was evident to most Europeans even before the Sunday of the elections, yet the vote of around 25% in favour of the French right was outdone by the Danes, who voted their Folkeparti to the top with 26.6% of the vote. 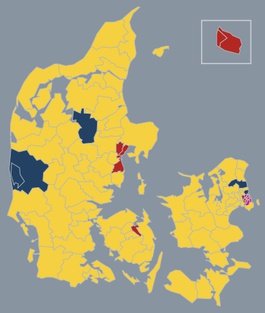 The DF had been able to win them over with the slogan “Mere Danmark, mindre EU… det er mugligt” (“More Denmark, less EU…it's possible”). If you’re after their winning formula, you can find it on their home­page with idyllic cornfield scenery in the background. The fact is that Denmark’s political landscape is covered by a wide blanket of Euroscepticism and manifest xenophobia.

It is rather odd: The Danes are prosperous, content and happy to help, and yet the fear of loss appears to have gripped the nation. Should all of the social achievements and the societal sense of togetherness only be for the Danes? This fear seems to have only been intensified even more by Brussels and the case of Lampedusa. There’s a fear of swarms of refugees with no intentions of becoming integrated into the little Kingdom and the Danes fear the diktat imposed on them by a disconcerting Commission in the distant country of Belgium. However, this fear seems to have little to do with the rosy reality in Denmark. In no way does the country appear to be suffering under an EU diktat; rather, it makes you think of the law which has ruled over Danish society since the days of the Vikings: the Law of Jante.

This law contains some codes of conduct, amongst which the most memorable is arguably “You’re not to convince yourself that you are better than we are”. That is what Danish togetherness is founded upon. People come together and nobody puts oneself above the rest. People care for one another and wish everybody well. It appears people are making more and more exceptions, though; such is the fear of being “the world’s social welfare department”, which is also a famous right-wing view in other parts of the world.

Can the Populists make us happy?

Similar problems with rising populism can be recognised in many other European countries. Solidarity is a value which people are clearly not willing to share for much longer with newcomers to their country. However, with 56.4%, the Danish voter turnout was above the European average.

How did the Danish press react to the swing to the right? Amazingly they didn’t seem too alarmed; the liberal-conservative newspaper Berlingske wrote about ver­ba­l attacks directed at the DF frontrunners and the left-liberal Politiken published por­traits of the newly elected members of parliament. Denmark’s largest television broadcaster DR1 showed off elaborate sta­tis­ti­cs, but remained quiet about the possible reasons for such a result.

“Something is rotten in the state of Denmark”? The Danes would like to perpetuate their image as kind-hearted Norsemen who are able to live happy and content lives with one another. They may be voting for the populists, but we should preserve the image of a nation that couldn’t hurt a fly and whose doors are left wide open to the world. There’s still a beautiful glow between the blue sea and the golden cornfields: just the country for happy populists.