This Saturday, on the 23rd of October 2010, στις 14:00 the organisation  ''BRING THEM BACK''  will organise a demonstration outside the British Museum in London for the return of the Parthenon's sculptures. In their efforts, important partner is the Cypriot's student network, ''METOPO"". The protesters will be dressed in black! 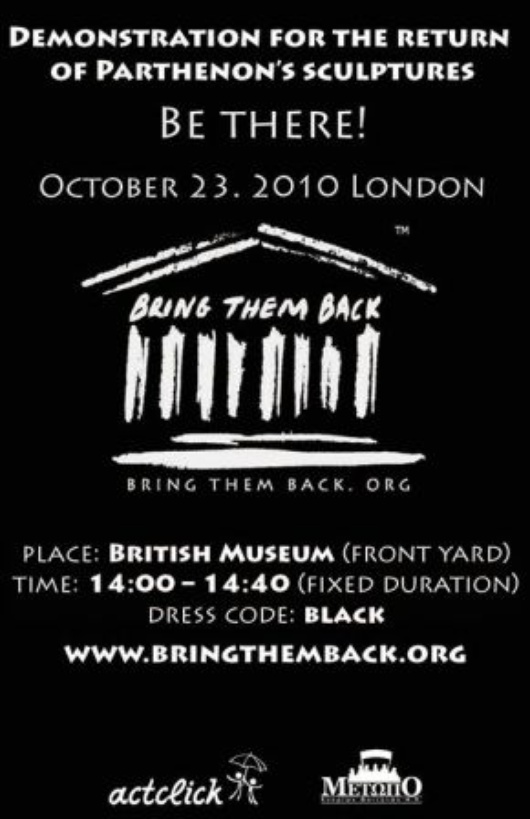 Whoever of you find himself in London on that date, please go outside the British Museum and unite your voice with the fair demand for the return of these masterpieces, which the ''civilized'' Lord Elgin and his British removed from the Parthenon, causing almost collateral damage to the temple.