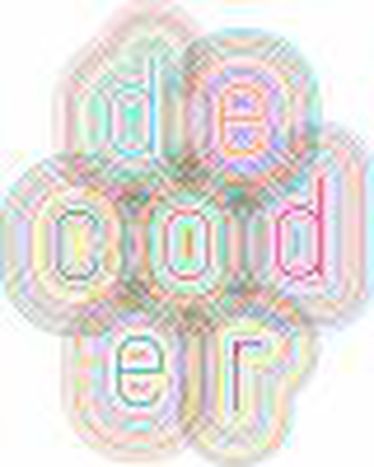 The artists of various countries with their video works, installations and films codify the perceptual and rhetorical mechanisms, which  affect and shape how people assimilate their comprehension of the world, inspires for the discussion about the circulation of social and political topics in art. This exposition took place in Mechelen town, Belgium. 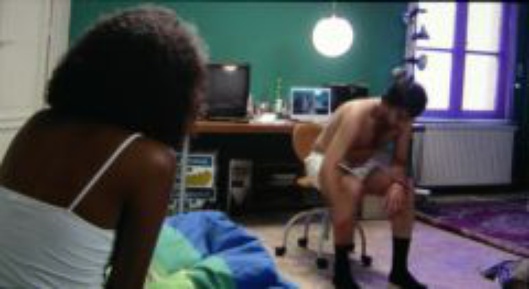 Cute kitchen-sink crossroad of the four stories in the flat block at Mechelen. 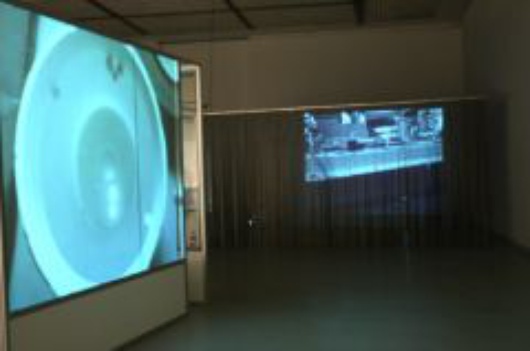 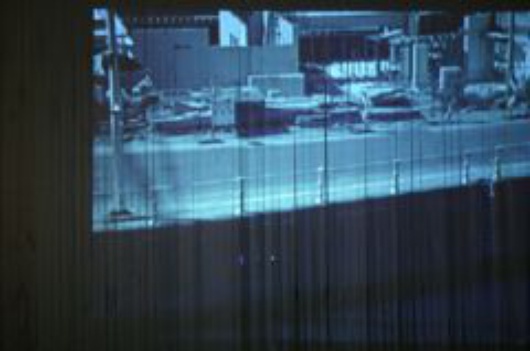 Curtain, seems made of paper strips, constantly streaming in the wind and a sight through the ocular of the microscope. The installation of the moving image and sculpture only reminded about the entirety itself... 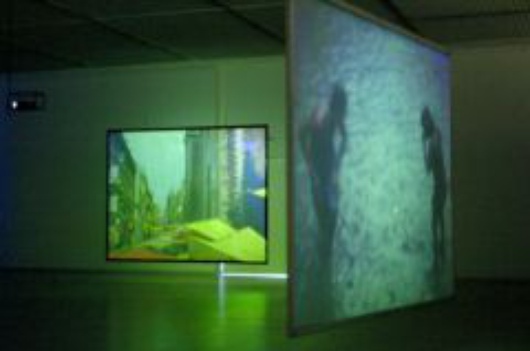 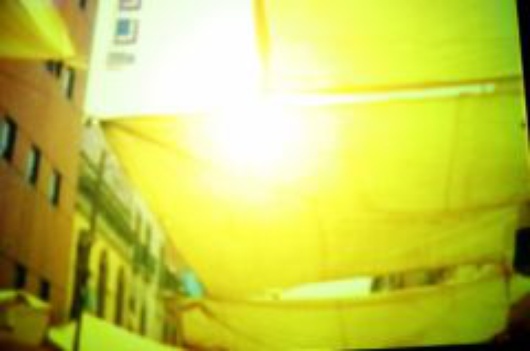 The installation of the three screens.

Behind the weightless "Sin Peso" video screen I heard myself like the resident of the Mexico  market pulsing with heat, then I looked up to the colorful materials above the head and remembered, that there is nothing more needed - life is enough. Biased towards the optimism and warmth.

Wet and dirty view through the "From the window of my room" projection. Awkward situation - the game of children with the outburst of aggression. Took to the rainy Africa.

The fine distinction act was shown, it did surpassed the stencils on the streets and stickers on the road signs. A map of the world scissored up and hidden in the pages of the books - a librarian can succeed to glue together the whole world if she gets bit by bit from every reader. 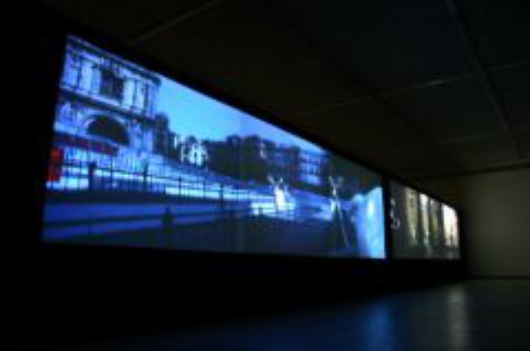 The multimedia project, which consists from video, sculpture, photography and sound lines wowed by the artists watching the unthinkable horror appearing in the collective conscious.

Maybe there is an allusion to the ecology problems ant their outcomes or political insight - the white  deers living in the blue streets of Europe or in the  scrap metal dump. Shocking and very beautiful work. 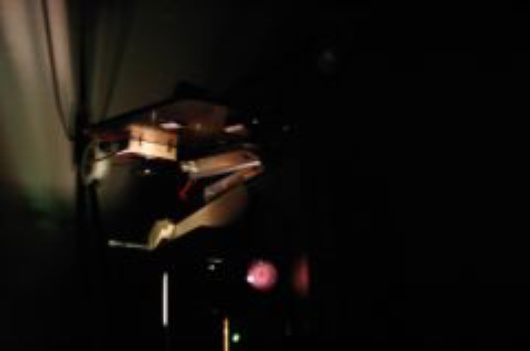 The strobe lights from the night shooting drops hints about the real stories of the artefacts and showpieces in Metropolitan. The sound of cinema projector brought back to the past. 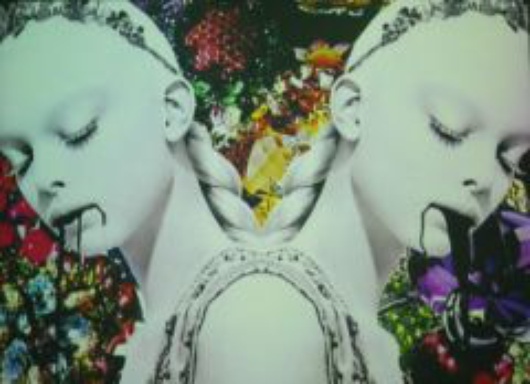 The short films exposed the relations between us and the urban environments - comic, pointless, useful, absurd, repetitive. Such are the episodes as well.

During a course of conversation with Saskia Holmkvist she is coached by the mass communication experts. Cameras, microphones, operators and the stage-managed sincerity - this is how the artist proposes the answers to the questions about the authenticity she analyzes in her oeuvre. Correct pronunciation, eyes, motions, breath and strong-willed rehearsals. Controversial and explicit film, where the conversation turns to a play and shows manipulation of the manipulation.

The installation of the seven LCD TV's. There is a different person every time in a screen who tells about the suddenly experienced or  intended  happening. Is it a puzzle or not artist leaves this for spectators to decide, but I can say, that those stories surely are connected with  some very important thing.

Those are not all the works you will see in the exposition - it is not too late to explore the DECODER. Visit CAC in Vilnius till the 23d of March.

I invite you to declare your opinion and to discuss about the topics, oftentimes chosen by the artists, about the protest or the absence of it in the Vilnius Babelforum.