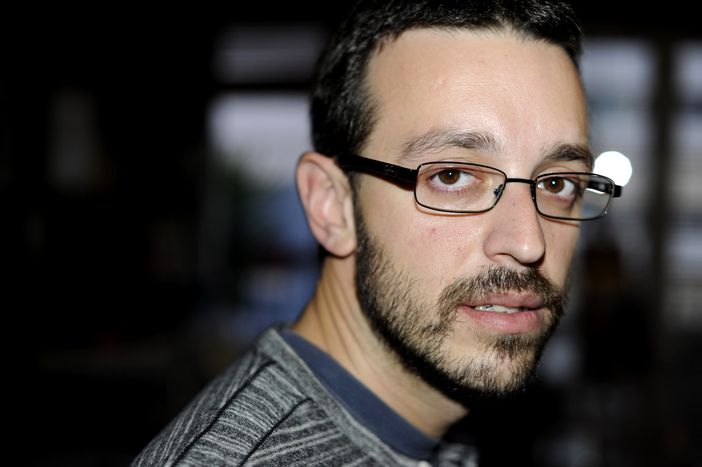 His documentary was seen by one million people in the first month. Many Greeks have learned that debt is ‘illegal’ and they don't have to pay for it. After leaving the conservative broadcaster Skai, the Greek television presenter has become a mentor for the movement of Syntagma Square.

It’s where he dreams of a ‘magic night’: when the prime minister flies away on a helicopter as the state declares its bankruptcy

cafebabel.com: Aris , the movement of Syntagma square continues to meet every night in front of the parliament. They ask for a new democracy inspired by the ancient Greece values. Do you think they have a future?

Aris Chatzistefanou: The Greek movement of the indignant ones is probably one of the most promising events in modern Greek history. It represents the end of the political landscape that dominated Greek politics for the last four decades. Unfortunately the same characteristics that give strength to the movement, like the fact that it is not affiliated with any political parties, means that it cannot use the political and organisational experience of previous movements. I do believe that using the spirit of the ancient Greek democracy is the only solution for the rotten political system. But I am not against parties or unions as vehicles of political mobilisation.

cafebabel.com: After the riots and the clashes at the end of June, did the movement lose credibility? 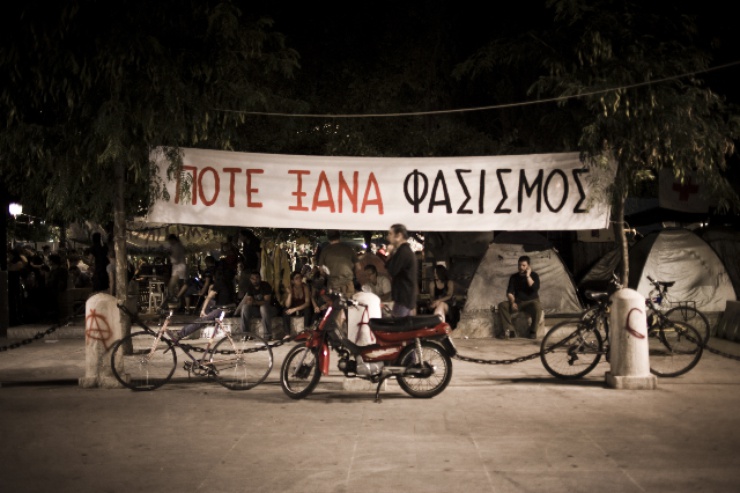 Aris Chatzistefanou:  On the contrary. For the first time people from middle classes who usually don't take part in big demonstrations saw the brutality of the Greek riot police forces with their own eyes. In the last demonstration riot police used more than 2, 800 canisters of tear gas (which is forbidden under the Geneva convention). Even amnesty international criticised the Greek government for their excessive use of force in June. Usually the mainstream media distort the reality on the ground and try to put the blame on small group of anarchists - which used to be the case some years ago. Now for the first time, thousands of people had the opportunity to realise with their own eyes that in some cases it is the police who start the violence.

cafebabel.com: In Debtocracy (2011) you forecast a ‘magic night’ like in Buenos Aires in 2002. How can you compare the Greek economic situation with the Argentinean one?

Aris Chatzistefanou:Argentina made many mistakes in confronting the crisis but in a way it moved in the right direction by defaulting and stopping the peg with the US dollar. It bears some resemblance to what Greece should do: default and exit the eurozone. In Argentina this was achieved by a right-wing neo-peronist government because of the constant pressure by the people. In that sense Greece needs a ‘magic night’, where the people would ask from the government to stop serving the foreign lenders and the Greek economic elites.

Read the official blog from the cafebabel.com team in Athens