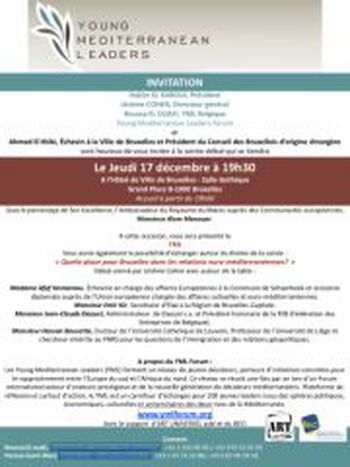 Thursdag 17 Decembre 2009 at 7 p.m., the Young Mediterranean Leaders Forum, in close collaboration  with Ahmed El Ktibi, Deputy Mayor of the City of Brussels and President of the Council of Belgians of foreign origin, organise a debate on the topic "What role for Brussels in the Euro-Mediterranean relations?". This discussion takes place at the City Hall of Brussels. 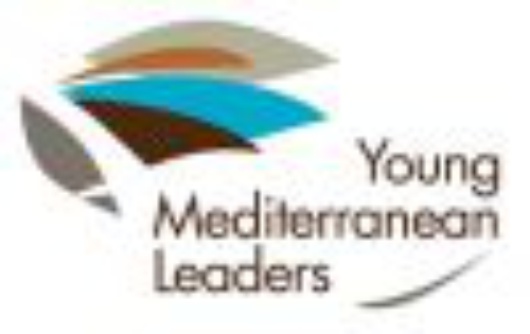 The Young Mediterranean Leaders (YML) is first and foremost an exclusive network and a platform for reflection and action that brings together young Mediterranean leaders, from the political, economic, cultural and academic spheres.  They all share the desire to build an integrated and solidary region, through concrete initiatives they can develop together. Their goal is to bridge the two shores of the Mediterranean, on the basis of concrete initiatives and with the help of a network of dynamic young decision-makers.  The creation of YML in 2008 was based on the observations that it is urgent to build the Mediterranean outside of speeches and that this development should be spearheaded by the new generation of leaders. Their mission is to enable the future decision-makers to meet so they can know each other, build ties and favour a euro-mediterranean rapprochement.

With this event the YML intends to extend its network to Belgium and its influence to the European institutions. This discussion will take place with Belgian personalities such as