The series Debate on Europe ('Reden über Europa') continues in 2012. The next panel discussion questions the EU’s cultural self-conception and the core values of it’s future foreign policy, In cooperation with More Europe, an initiative of European cultural institutes and foundations.

'The European Union made human rights one of the central aspects in its relations to other countries and region,' one could recently read on the European Commission’s homepage. Such statements have often remained unfulfilled promises, whenever political and economic interests were involved. Europe, wanting to see itself as the cradle of human and civil rights, has frequently failed to support democracy movements elsewhere. Human rights organisations have been criticising the ineffectiveness of sanctions against dictatorships and an arbitrary asylum policy for political refugees from member states for a long time. What core values will the emerging European External Action Service feel obliged to in the future? What will the role of cultural cooperation with third countries be in the future? Four days before the Avicenna Award ceremony for Iranian Nobel Peace Prize laureate and human rights activist Shirin Ebadi in Frankfurt, she poses the following question in Berlin: 'Does the EU possess a serious human rights policy strategy?'

Welcome: Henning Schulte-Noelle, chairman of the board of Allianz SE Johannes Ebert, Secretary General of the Goethe Institute 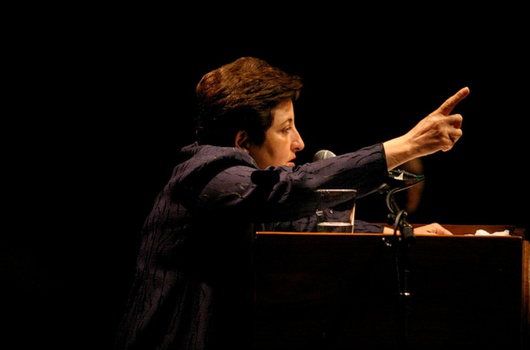 Panelists: Alexander Graf Lambsdorff, member of the European Parliament and member in the Committee for Foreign Affairs of the EP

An event by the Allianz Kulturstiftung and the More Europe initiative in cooperation with ARTE, Der Tagesspiegel, and rbb Kulturradio. Please sign up in advance under: allianzforum12@event-consultberlin.de or Tel.: +49-(0)30 / 321 80 82