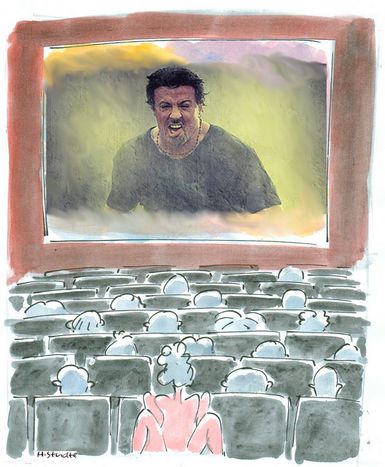 Death of the Italian stallion?

An August survey reports that the myth is dying, with Italian men becoming 'too feminised'. Whilst we make up our minds, a quick filmic tribute to Italian action hero Sylvester Stallone, who has long claimed the nickname and is back on the big screen, where sexual stereotypes from Europe are prevalent. Term of the week

A British blogger discusses the German stereotype on cafebabel.com's blog in Berlin

Historically, the best-known Italian stallion was Giacomo Casanova, an 18th-century Italian author famous for his powers of seduction. In the UK, a French lover is taking over the screens with the release of Gainsbourg, a biopic of the famous French pop star Serge; one review inThe Telegraph describes him as a louche (seedy) charmer and 'dissolute Casanova'. Best to go across the border and get Belgian, like the muscles from Brussels himself, Jean-Claude Van Damme, who refused to co-star in the Stallone co-penned and directed vehicle The Expendables.