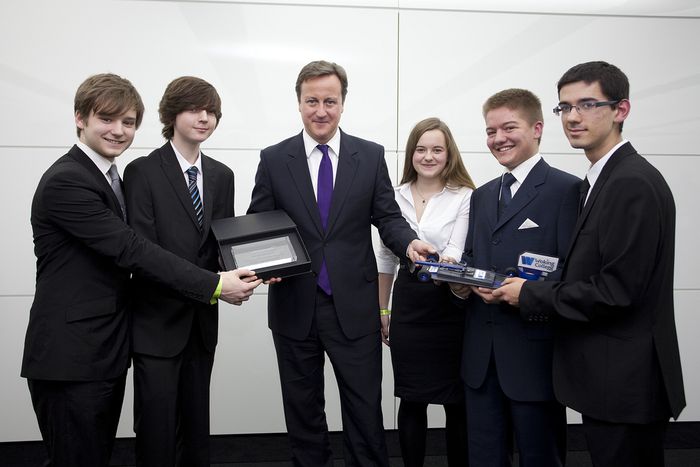 On 2 October, the UK prime minister delivered his keynote speech at the conservative party annual conference. In between opposition labour party-bashing and self-congratulation, he proposed various worrying measures which a non-coalition conservative government would enact. Cameron’s brave new world is one which looks bleak for young people, as he proposes cutting all benefits for under-25s

Dear Mr. Cameron (or may I call you Dave? I really feel as if you know me),

This morning, I had the dubious pleasure of reading the text of your keynote address to the conservative party conference. I was even able to watch a video of you as you outlined plans to essentially strip my generation of not only money and homes, but also pride, dignity and self-worth.

I’m squirming a little within my pigeon-hole here, as you compare under-25s to the intractable children of your addressees who must be cajoled into getting a job or education. You offer no positive image of the millions of young people who are in education, training or jobs, nor do you show any element of understanding or compassion for those who – for a multitude of reasons – are not presently in work, training or education. To suggest that young people of Britain are unemployed because they ‘opt for a life on benefits’ is a stunningly blinkered notion which fails to consider the reality of many young people’s situations.

I know graduates who spend their days applying for jobs; I have friends who have been employed steadily for years but have been made redundant due to the economic crisis and whose feelings of self-worth are intensely affected by their unemployment. I fail to understand how taking away their benefits while they doggedly seek work would ‘give people real opportunities’ or ‘give them a chance’. You want to see ‘everyone under 25 – earning or learning’ - yet your own measures of increasing tuition fees have put many young English people of my acquaintance off attending university. Where are these choices of which you so proudly speak?

I’m a Scot, and when it comes to the question of Scottish independence I’m as yet undecided. One thing strikes me though: a nation of people who did not vote conservative may choose independence through fear – fear of a government who has no compassion or understanding for people outside its own social strata, of politicians who consistently support the rich and remove benefits from the most vulnerable members of your ‘big society’. Your opinion, Dave, seems to be that poor people deserve to be poor, that the unemployed choose not to have jobs and that the youth of today are lazy and apathetic.

If you could walk a mile in our shoes, Mr. Cameron, you might be afforded a little insight, as your feet blister and your self-worth disintegrates. I can’t speak for all of the youth of today, for we have different experiences, but I know so many people who want to work, to earn a wage and to feel the self-respect which unemployment erodes. We’re not picky and we’ll work hard – but the jobs have to be there. We don’t want your patronage but we’d value your support.