The British rock chameleon has popped back up on the radar with a new song after a decade-long absence. He is embarking on a voyage back through time to one of the most exciting phases of his life. His first single 'Where Are We Now?' is a bitter-sweet homage to his Berlin of the late seventies

On 8 January – David Bowie's 66th birthday – the British musician released Where Are We Now?, the title track of his new album The Next Day, which will see its release exactly two months later to the day, in March. The public reaction was one of surprise but also of being deeply moved, considering that nobody at all had any prior warning of such a comeback. Since the release of his previous album Reality (2003), there had been nothing but an unbelievable silence from the man who had never really stopped talking since his first hit Space Oddity (1969).

This latest song marks Bowie's emergence from isolation, and is a tender and melancholy reminiscence of the years he spent in his late twenties in Berlin. The music video for the track shows archive footage of the city with an almost quaint slideshow-chic look to it. The director Tony Oursler has projected the faces of Bowie and his wife onto a pair of stuffed dolls at the beginning of the slideshow.

In 1977, Bowie confessed to the music magazine NME that he needed 'complete freedom from bases' - but had recently found himself drawn to the German capital. During his time in the city he would fall prey to a number of personal problems which would almost bring ‘Ziggy’ to his knees: a marriage in crisis, a cocaine addiction, paranoia and a delusional obsession with the occult and the fantastical. The pull that Berlin managed to exert on Bowie at the time must have been stronger than his demons. Early in 1976, he appeared on the American talkshow Dinah!, and exclaimed that 'There’s a sort of European wave happening!'

Back it was to Berlin then: after the storm of the ‘British invasion’ and the intensity of American showbusiness, Bowie was looking to put down some roots. In that year he moved with fellow pop legend Iggy Pop into an apartment at Hauptstraße 155 in the district of Schöneberg. He found the island city of Berlin to be an unusual but effective shelter. The walled city, in which he was rarely noticed, left him quite simply in peace. 'Berlin was my clinic,' the rockstar told the Berliner Zeitung. He really did reduce his consumption and instead focused his energies on music projects, producing the first solo albums of his difficult flatmate, Iggy. For the most part, the artist enjoyed anonymity in the divided city and followed quite a humdrum routine. During the day he would work on his music and was a regular in the Anderes Ufer gay bar two doors down from his apartment. A neighbour remembered having seen him sitting in the window playing the guitar. He was also to be seen going into the Delikatessen at the KaDeWe department store across the way. The ‘Dschungel’ which Bowie sings about in Where Are We Now? refers to an (in)famous danceclub which he remembers especially thanks to local celebrity Romy Haag. The rest is musical history. Bowie’s main influence for the three albums produced principally in Berlin (Low and Heroes in 1977, and Lodger in 1979) was part of the German avant-garde. It was not bad for a flying visit that ultimately lasted three years.

Anyone wanting to walk in Bowie’s Berlin footsteps won’t find the Anderes Ufer (which is now called the Neues Ufer) in Schöneberg any more. These days the bohemians like to hang out elsewhere. The places where the ghosts of the seventies can still be felt do exist, such as the tours round the hansa studios, for example. Otherwise you can do as Bowie did and take a trip to the Wannsee, or go on a bike tour through the city - perhaps to the brücke museum, where the great masterworks of the impressionists once inspired both Bowie the musician and Bowie the hobby-painter. 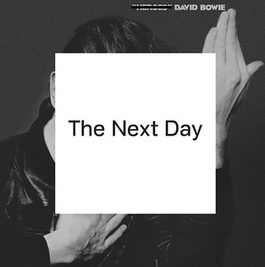 The myth surrounding David Bowie isn’t quite indestructible - at least he has Berlin to thank for the fact that his situation took a turn for the better. In spite of that, Bowie isn’t one to glorify the past. He told the Tagesspiegel in 2002 that he fully suspected that his Berlin didn’t exist anymore. Having chosen to live in New York, it’s clear that he has lost neither his stubbornness nor his sense of reality. In the documentary David Bowie - Sound and Vision we hear him say that he was accustomed to being 'obstinate and inscrutable'. We can see this in the cover art for his forthcoming album. The legendary Heroes album art from 1977 is covered by a white square bearing the title 'The Next Day'. Some will naturally conclude from this that Bowie is surely more than a 'hero, just for one day', as his lyric goes.