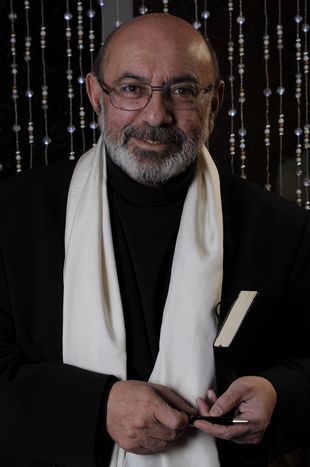 A convinced European and friend of cafebabel.com succumbed to cancer on 28 February. Riot was a self-proclaimed pest.

Having fallen for Europe as a young boy, he used to be a regular critic of both politicians and journalists and tried to join the European debate whenever possible

Sat in the journalists’ cafeteria at the European parliament, Daniel Riot talks of his idea of Europe – one that has been cultivated over the years and that he would like to pass on to future generations. A Europe that is generous, devoted to human rights and founded upon respect amongst nations. As he is keen to repeat, he is 'not a European Union nationalist', but rather an eternal defender of the European cause.

My grandfather, a farmer from Franche Comté, went over the top to be killed by German farmers'

To understand his affinity with Europe, one has to go back to his early years. 'I fell for the European ‘magic potion’ when I was young,' he tells me. 'As a child I was obsessed with a faded black and white picture and two medals that belonged to my grandfather. I never met him, because he died the day before the first world war armistice, yet I have always wondered why this farmer from Franche Comté went over the top to be killed by German farmers like so many others.'

A Europe of peace

From these early memories, Europe has been integral to his life. Whilst it was war that opened his eyes, Daniel Riot grew up with the deeply held belief that Europe was constructed as a source of peace. 'Little by little, I came to realise that this cause – the most beautiful political adventure that a young European can live - was the only one that I could stand up for as a citizen. I have never understood the concept of boundaries.' 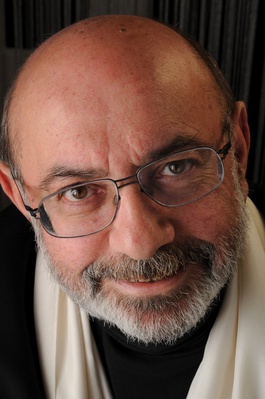 But even holding such profound beliefs, it is essential to stay vigilant. 'Peace is a beautiful thing, but it is not irreversible, so it needs to be permamently consolidated.' For Riot, Europe represents a guarantee for the preservations of peace, for 'it prevents us from being too self-centred, from going back inside ourselves like snails going back into their shells.' And this idea is not just limited to the European Union. 'I increasingly use the word ‘Eurosphere’. It is the cultural Europe, that is to say the Europe of the council of Europe first, and that of the Mediterranean Union too, one that is based on values like human rights and that uses democracy as a scale of values not just as the choice of the elite.'

Europe is not only about Brussels

Daniel Riot regrets the lack of interest that the national media show for European matters. With an air of nostalgia, he recalls the efforts that he put into trying to impose Europe in the media. 'I directed the European editorial offices in France 3 for ten years. I fought to make the programmes more European, and to create real European shows. Today, it is clear that this effort failed! In France journalists are no longer trained, they are almost indoctrinated – and Europe is not part of this process.'

'Europe is not only about Brussels!'

Before working at France 3, Riot was the editor-in-chief for the region’s main newspaper, Les Dernières Nouvelles d’Alsace, and was always keen to give an international dimension to news. 'In 1970 I created a page in the newspaper dedicated to Europe. Every day we received news from our correspondents based in every city in Europe to keep up with what was happening in neighbouring countries. After all, Europe is not only about Brussels!' 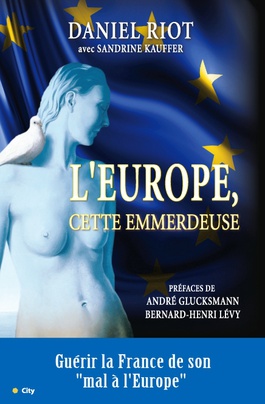 Riot feels that politicians ought to be the first to take the blame for Europe’s uneasy climate. 'It is the states and the politicians who, from the beginning, have been suspicious of Europe because it takes power away from them. Whatever good that can be done for Europe is down to them, but as for what they cannot do with Europe, it is because of Europe. Europe is too often used as a scapegoat as 'people talk about the community budget as a load whereas it is an investment. It is outrageous! To talk negatively about ‘Eurocrats’ when there are less people working for the European Union than for a city like Paris or Lyon is outrageous!'

Riot feels that there is a real problem of 'democratic incompetence' in French politics, as shown, for example in the March local elections. He observes that there were too many candidates who 'never think in a European dimension,' and being 'open to Europe is indispensable' as it would allow for the comparing and exchanging of good ideas.

Daniel Riot still has things to say, and is not going to abstain from expressing his views. After having travelled all across the continent, the young pensioner wants to continue to talk about Europe and is making use of new technologies to do this. 'When I saw blogs flourishing on the web, I created my own.' His blog Relatio was launched in 2004, its name inspired by a newspaper published in Strasbourg back in 1605 ('thirty years before Renaudot’s Gazette!', he exclaims). The first Relatio was a newspaper created by Johann Carolus, a printer in the Alsatian capital, and was a 'real European newspaper' as it received news from Britain, Italy and Germany.

The goal of his blog is to be a real and unique information tool that aims to 'make up for the deficiencies of a press that is in the throes of a crisis.' With Relatio 'the aim is to create a real online newspaper, with a part dedicated to news and the maximum possible amount of information, including deeper analysis, not only the European Union, but in Europe in general. It is an active approach. I would like to perpetuate creative journalism, with a personal tone that is very important to me.' Being trans-political, trans-generational and trans-disciplinary, Relatio is a 'doorway into the great corpus of European information.'