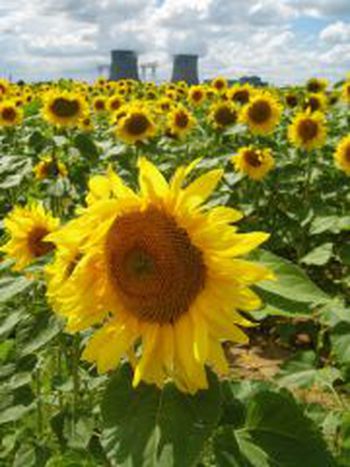 By Marie Verwilghen translated by Catherine Castledine. The between the and the entrusts the former organization with publishing information on the WHO’s behalf, casting a shadow over its neutrality, and with deciding the orientation of scientific research on nuclear energy and radiation. Eloi Glorieux, nuclear expert for Greenpeace, believes this agreement is a “.

According to the World Health Organisation (WHO), the Chernobyl disaster caused some 50 deaths and exposed 400 people to radiation. Yet the New York Science Academy puts the figure at 985 000. Environmental militants say the WHO’s figures are the result of an agreement the organisation reached in 1959 with the International Atomic Energy Agency. On the 25th anniversary of Chernobyl – and in the wake of Fukushima – a revision of this agreement seems a necessary condition for informing citizens about what’s at stake with nuclear energy.agreementIAEAWHOrecognised abhorration that goes against the underlying objective of the WHO: promoting public health throughout the world

According to Christophe Elain, member of the group that works towards independence of the WHO from the IAEA, says “”

INDEPENDENTWHOThe WHO was as ill-prepared for the nuclear accident at Fukushima as it was for Chernobyl. The lack of research on radiation, the closure of a local WHO office dedicated to devising an emergency action plan and the suppression of information on nuclear disasters are all caused by the authority that the IAEA exerts over the WHO

How can it be guaranteed that information on the consequences of the Fukushima catastrophe doesn’t share the same fate as that of Chernobyl?

In the wake of the Fukushima, and global concern as to its consequences, the EU is putting together its response. At the European Parliament, a resolution adopted on April 6 urges that “the Japanese authorities, the AIEA and the owner of the nuclear power station at Fukushima – Tokyo Electric Power Company (TEPCO) – show by providing information in real time on the evolution of the situation in Fukushima, in particular concerning radiation levels inside and outside of the exclusion zone.” A initially put forward by the Greens/ALE . It notes that the agreement between the AIEA and the WHO “prevents the WHO from taking steps towards the realization of its objectives, namely the preservation and improvement of health.” But these articles were not retained in the final resolution.

The has yet to give its view except on the checks to the safety of nuclear power plants already in Europe through . Behind the scenes, the pressure from energy industries does not alone explain this position.

In reality, it’s in few member countries’ interests to take nuclear out of their energy mix. .

France is the world’s second largest producer of nuclear energy, just behind the United States and Japan. Germany and Sweden are in sixth and 10th place respectively