From 1 January to 30 June 2012 Denmark holds the six-month rotating presidency of the European Union for the seventh time since joining the European community. In Budapest, the European Point information center’s programmes provided great opportunities in January to get to know the culture of the country.

We could get informed about a special Danish high school (called folk high school or Folkehøjskole), we could assist a Danish film evening, and at the end of the month, favoring the very young generation, Danish Children’s Day was celebrated.

Those who visited the lecture 'Copenhagen by bike' on 12 January, could learn a lot about the Danish transportation system. Beyond discovering the 'City of Cyclists', we could also see the photo exhibition of founder, . After the opening speech by , head of the The European Commission Representation in Hungary, , head of the said some words about the biking culture in Copenhagen. It was followed by short presentations given by , president of the and , traffic engineer at Danish origin architecture company, . While various statistics were reported, the audience could draw obvious parallels between the biking life of Copenhagen and Budapest. 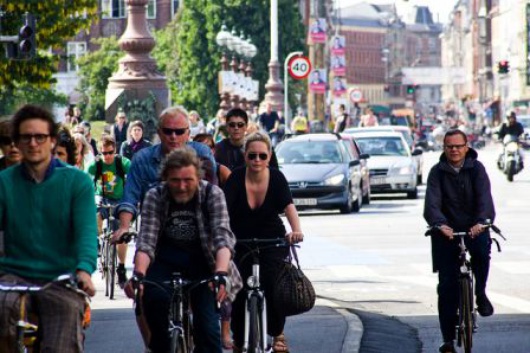 First of all, who travels by bicycle in Copenhagen? Everybody. There is a bike in every single household. As Hanne Tornøe put it, it’s like a vacuum cleaner, 'an everyday device one should have'. Every second person rides a bike on a daily basis and a third of the local population prefer going by bicycle nearly everywhere. In Copenhagen, there is a properly constructed, well-connected network of 400 km of bike paths available for the cyclists. And this is just a basic service there.The bike paths generally have two lanes and they are one and a half feet wide. They run parallelly to car routes and before all, the cyclists' interests were considered during their construction. Where the bike lanes prove to be narrow the width of the car lanes are cut in favor of the bikers and in wintertime in the first place the bike paths are cleaned from the snow. This is a very conscious way of deliberately limiting car traffic. Another, perhaps more radical way is reducing parking spaces by 2% per year and gradually increasing the parking fees. Thanks to these measures, the town emits 90.000 tons less of carbon dioxide per year, which explains why Copenhagen is entitled to the epithet 'green city'.

For the cyclists’ pleasure, emerge ideas such as tilted dust bin that allows you to throw away the plastic wrap of your salmon sandwich with a well-targeted shot without the need to get off your bike. 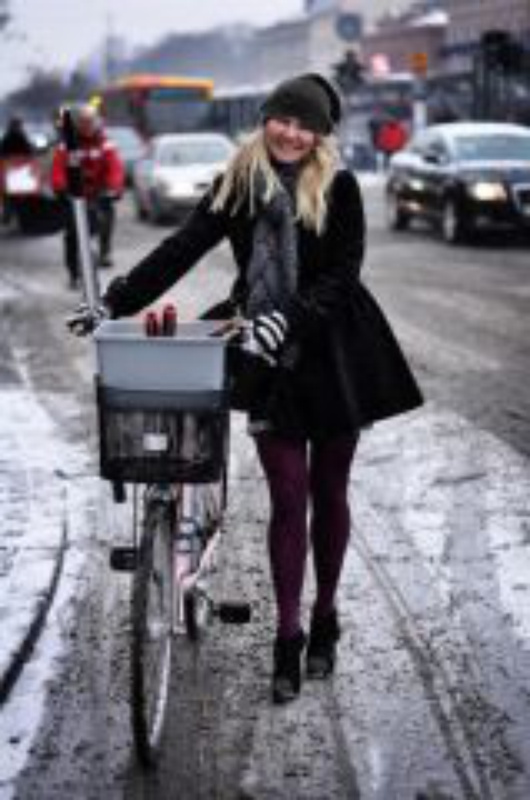 Not a surprising fact that the bicycle light, Reelight, was invented by a Danish engineer. The lighting system works on the principle of induction, the magnets must be bolted to the spokes, which then activate the lights during the gyration. Not only the battery will not discharge but the lamp will light even in daylight. And what about the family jaunts? The solution is a cargo bike, which is used for taking the kids to school, but shopping can be done with it as well.

Now let’s see the Hungarian situation! Who travels by bicycle in Budapest? Are the conditions given for it? We have only a few kilometers of bike lanes with sections which are not really connected and sometimes end in the middle of nowhere. Well, according to the president of the Hungarian Bicycle Club, probably these are the only excuses pertaining to the 'Why not to get on my bike today?' issue. János László did not accept any other excuses regarding cycling, however the audience blamed the bad weather, worried about their bikes be stolen, while someone had problems with cycling up hills in Buda. To the latter concern the president said: 'We have to peer off Buda!'. In case it is not feasible, he offers the compromise of combined transport for those who live in the mountainous parts of the city: they should ride till a point and then take the bus uphill. With regards to the eventual thefts, he brought up that in Germany 300.000 bicycles are stolen every year but those who travel by bicycle should know where to lock them. 'Those, who don’t, next time will be more cautious of their holy bikes' – he added. Concerning clothing, he said that any special equipments or clothing are not needed, we should just feel free to ride in our most casual clothes – and we could quickly get ideas from the Hungarian Cycle Chic Fashion Show which took place right after the presentation. Thanks to the Hungarian Bicycle Club, we could also make unique fenders against rainy weather at the event. 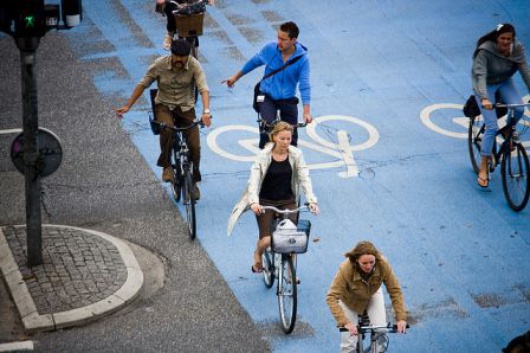 The presentations were well-prepared and tried hard to persuade the audience: it is never too late to switch to the cycling lifestyle. We could drew the conclusions: we can adjust cycling to our own needs, tastes, and style, it does not involve any inconveniences and we can make use of our bikes in everyday life. Compared to Copenhagen we still have a lot to do but the number of those who look upon their bike as others upon their vacuum cleaner is already growing.