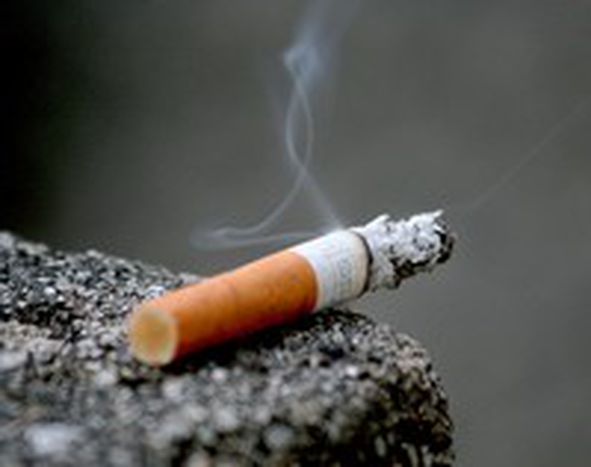 The smoking ban, in force in many of the 27 EU member states, may soon take hold in the Czech Republic. Prague’s anti-smoking lobby steps up its fight against the fog. Plus a smoking ban guide map in the EU

Which visitor to Prague doesn’t like the dingy pubs where the beer arrives at the table almost as soon as you sit down. More often than not, they offer an air quality which can only be described as thick; cut with a knife, if you like. For the majority of Czechs, cigarettes and beer go together, so the sentiment is to let the rest of Europe and the anti-smoking lobby in far-off Brussels think what they like. Bohemian bars are a haven of happiness for smokers at the moment, but the smiles may soon be disappearing. The anti-smoking contingent of the Czech parliament have begun a renewed effort to ban smoking in all pubs.

If the health commission’s ban was enforced, it would have consequences for the those smokers from Germany who are streaming in increasing numbers to the Bohemian public houses. Perhaps the biggest increase lies with Bavarian visitors, who have experienced a complete smoking ban since 1 January this year.

Czech restaurants, for example, see smoke blown into the air without restriction, and none, indeed, in sight. Pubs do however report German tourists erring on the side of caution and enquiring as to whether the establishment is smoke-free or not. Landlords welcome the boost the foreign smokers give to their turnovers, and thus the enforcement of any smoking ban would no doubt guarantee an appeal to the constitutional court.

Health-conscious Czech MPs have campaigned for a long time to rid the Republic’s drinking dens of smoke, but until now have failed regularly and somewhat pitifully. Above all, the largest force in the government, the Democratic People’s Party (ODS), consider a smoking ban an inappropriate infringement upon the rights and freedom of the individual. Every watering hole can designate a smoke-free area at the discretion of the owners: an ashtray signals a green light to spark up. Ideal are those pubs with a separate area which can be changed into a non-smoking section. These areas would be easier to spot: one simply has to note the lack of an ashtray.

By no means are the Czechs particularly rebellious on this score. Without a wimper they accept that they have to give up their fags in their dinner hour, but after work finishes, their lighters come out. Hardly anyone stops them and Czechs have shown themselves to be extremely tolerant in this respect. It’s true that a majority would welcome a ban on smoking in restaurants. The anger of the non-smoker towards smoker has been has been rather restrained, but not so in respect to work places. Smoking is banned in most offices, with smokers gathering around the butt bins mounted at entrances. Only a few employers are demanding the time lost during the smoke break is made up for at the end of the working day.

The lack of seriousness by which the current smoking ban is observed is clear to see at bus and tram stops. If the police come past, butts are quickly stamped out before the beat can issue a fine, but as soon as the officers are out of sight, smokers light up again. Those especially crafty smokers place themselves on the edge of bus stops to avoid having to stub it out. Indeed, the smoking ban has produced a lively and amusing debate as to what exactly constitutes the ‘borders’ of a bus stop …

Commentators are in no doubt that a smoking ban in bars is inevitable, but warn against exaggerations. Should the Czech parliament make the decision to introduce a general smoking ban, then there’s a chance it will be quickly rolled back. Tolerance towards the ban on smoking in public transport areas such as bus stops may sink further. After all, the commentators know the nature of their citizens, and Czechs are not the kind of people to accept commands from above.

Europe: to smoke or not smoke? Click on icons to check legislation around the continent