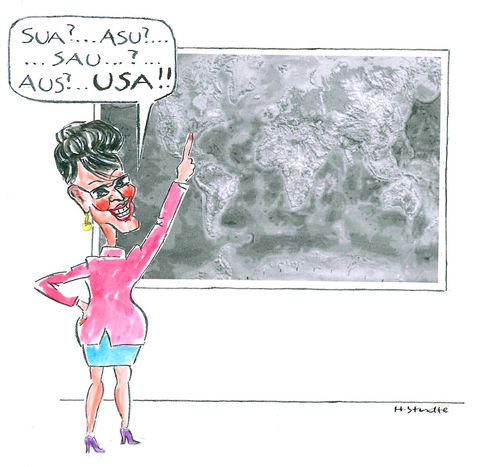 For us Spaniards, it’s easy to confuse the German for 'German' - 'Deutsch' - and the nationality of the 'Dutch', or the words ‘sueco’ (Swedish) and ‘suizo’ (Swiss). In a continent as rich as we live in, it’s easy to match its languages, identities and traditions with confusions (although football can help)

Europe is a small continent when you think about it – Saudi Arabia is the same size – and it has small countries, like the ones that the Catalan coach Pep Guardiola is from. Geographical confusion is at the order of the day, especially for those Spanish pub crawlers who prop themselves up at the bar, open up their latest copy of Marca and see that Madrid has just bought a Slovenian (esloveno) striker – or is he Slovakian (eslovaco)? Further down the grapevine, the same footballer becomes Estonian (estonio)...

It’s typical of us Spanish to give other countries our own versions of their names, especially since we use the letter ‘ñ’ in our alphabet in our country’s name (España). Of course other Europeans might feel lost about it. If we were to take it to the next level and create new state names, the nightmare would go on since an average European citizen probably still thinks that Macedonia* is nothing more than a great fruit salad.

Things are worse elsewhere; there’s Sarah Palin, a former governor of Alaska and one-time vice-presidential running mate of republican candidate John McCain, who has confused Russia with a region of the Czech Republic and has said that Prague should be bombed before Tehran. Maybe it’s a republican disease. But she wasn’t too far off; there was a lot of derision in the media when the Czech ambassador to the US felt obliged to release a press statement distancing his country with Chechnya, which was the home country of the two ‘Boston bombers’ who hit the deadlines for their terrorism in April 2013. As the Basque people would say, ‘those who were born in Bilbao can choose where they were born’ (los de Bilbao nacen donde les da gana). Back to the Czech Republic though, it deserves its defence: it is an independent country which still loves its old brother Slovakia, and the Spaniards would be hard put to forget them if you think about their excellent calibre of footballers - Pavel Nedvěd, Petr Čech, you are the bridging divide.

*'Macedonia' wouldn't be confused with the fruit salad that bears its name in Spain if it was referred to as it is under the UN - 'the Former Yugoslav Republic of Macedonia', or 'FYROM'