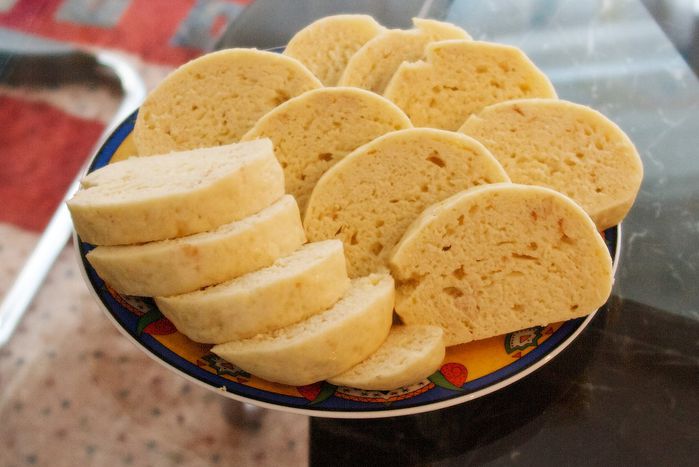 Culinary critics might say that it is impossible to find any spice or excitement to the boring Czech dumpling. Yet the Czechs don’t want anybody poking fun at their small, plain balls, which are also a staple of Bohemian cuisine. Chef-cum-entrepreneur Petr Kosiner insists that these 'knedliky' can win big, having devoted his life to this widespread yet unappreciated dish

Knedliky Laznicka (Dukelskych hrdinu 15, aka street) in Prague is unwelcoming, even sinister, with its loud traffic and gloomy buildings. But many cross the whole city just to come to the Holesovice neighborhood. Why the pilgrimage? They seek those prized balls - but not just any balls; only those of Petr Kosiner, who opened up this unique specialty store in late 2011. His shop specialises in edible balls, the first and only of their kind in Prague, which landed the entrepreneur of 45 years a gold mine amidst the economic crisis. He says he can barely meet the demand of such a popular side dish in the Czech Republic.

Petr Kosiner often finds himself at the counter to personally advise the regulars. After a while he became the supplier of some of the most famous restaurants in Prague. Yet his career as an entrepreneur was not achieved early on. He had also tried his luck as a carpenter, waiter and music teacher, but it wasn’t until he became a cook (and spent some time in the army -ed) that the idea of turning a well-known side dish into a main course came to him.

'Of course, I did not run blindly into this project,’ he says. ‘When I worked as a cook, I was one of the very few who could prepare dumplings themselves, instead of getting them delivered. Most cooks do not know how it’s done anymore. I sent a small sample to a butcher who supplies us with meat, and he said: 'You should set up your own business; almost no one knows how to make such good dumplings!'’ 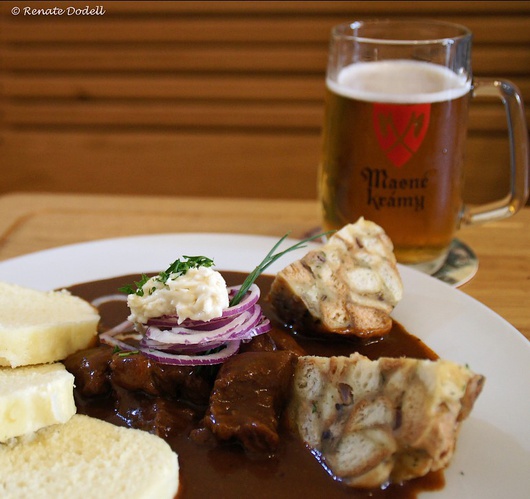 No sooner said than done. Every morning, Petr Kosiner climbs into his truck to deliver the goods to big-name customers. After his drive through the city, which lasts all morning, he buys all the ingredients and starts at 4pm to manufacture the goods for the next day. The self-employed boss works often until late at night and rarely goes to bed before midnight. Starting up was not easy: finding customers was a problem, according to Petr. He explains that the dumpling market is a difficult environment and that major manufacturers are not afraid of anything. 'The competition is enormous. I'd say it's particularly around dumplings that competition is important, more so than for other foods. Large customers, for which we buy thousands of rolls of dumplings, are often inaccessible unless you use bribes or kickbacks. The larger markets in this competition have also lowered the price significantly. For most people, the cost remains the most important factor.’

The Prague-based supplier prefers to convince the businesses of the dumplings’ high quality. Anyone who has tasted his balls can clearly no longer live without them. They are now in every mouth. The assortment is growing steadily too: traditional potato or fruit dumplings, meatballs with bread or herbs, dumplings with or without meat... In the future he would like to sell gluten dumplings (protein mixture - ed), which is a niche not yet exploited. Yet as it would be difficult to achieve alone, this successful entrepreneur seeks a partner so that his life can continue revolving around balls.

In partnership with Jadu, the German-Czech youth magazine of the Goethe Institute in Prague.