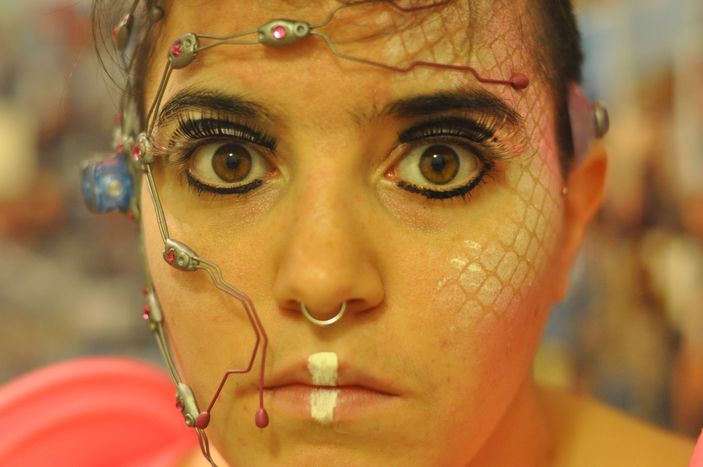 Cyborgs, technology and the human being of the future

Stefan Greiner is a Berlin-based cyborg scientist and co-founder of Cyborgs e.V., a scientific discussion platform. He is also known for observing and ‘hacking’ his own body and emotional functions, something known as hacktivism. An interview on humans, cyborgs and the future.

cafébabel: Could one say that the future is already here?

The experience we have in the subway when 90% of the people around you stare at smartphone screens - is quite a current phenomenon. We have the feeling that most of us are occupied and dominated by technology. I think this is just a transitional phase to a time when we will use technology in a much more cooperative way - comparable to how we move parts of our limbs - we are not distracted in moving our body when we have a conversation. We feel emotions with our bodies, it doesn't matter if our bodies are of biological or technological substances. With technological extensions, we broaden the scope of our emotional experience.

cafébabel: You have said cyborgs are humans who enhance their physical and mental abilities via technology. Are mobile phones an example of this?

Yes, they are a good example. It's on different levels that we outsource different aspects of ourselves to these devices. There are quite "simple" memory outsourcing tasks - you might remember one or two telephone numbers by heart, the rest is stored on your external memory on the device etc. It's not only the locally stored data.

The constant access to Internet and location services gives you as a smartphone user kind of a mental exoskeleton with a whole range of different capabilities that are seamlessly integrated into your daily life. As these devices get less bulkier and more comfortable to wear, my hypothesis for the future is that we will give more and more agency to externally organised and processed information concerning ourselves. By doing that, we live in a constant information-exchange of our biological and technological parts - which is a cybernetic organism, in short: cyborg. 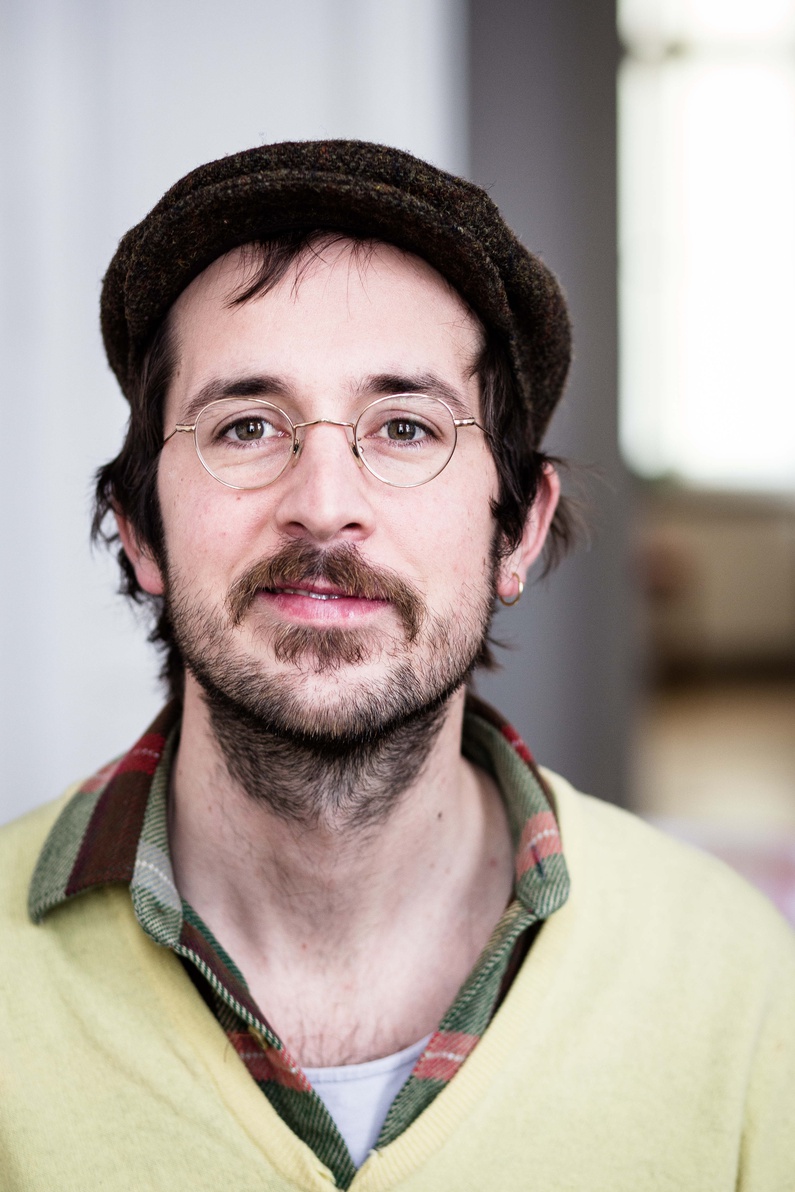 cafébabel: What about the interaction between humans and computers and its main challenges. How do you envision its future?

The way we interact with technology - think about sitting in front of your computer - is quite, let's say - inappropriate. Pressing keys on your keyboard, reading little letters on big screens makes up most of our interaction with computers nowadays. Most of this is limited to visual and auditory and most of it is still very time and resource-consuming.

In the future, I don't want to carry all my devices to the park to work from there. I'd be happy if these functionalities are at least partly integrated into my clothes, to give me subtle feedback that’s not only visual and auditory but for example also haptic (i.e. touch) and thermal. And hopefully there are just small lenses I can put into my eyes that overlay visual information onto my environment, so that I don't need these big screens anymore.

As with any interaction, future human-computer interaction will be much more of a dialogue characteristique and not master-slave relation. It's about combining the best of biological and tech capabilities, in an unobstrusive and "equal" manner.

cafébabel: Do you believe that technological evolution could change people by surrounding their life?

I guess the word "co-evolution" of technology and humans fits better to characterise what's been happening since we began to call ourselves "humans." Actually one of the unique human capabilities is to integrate complex relationships with non-biological constructs into our identies and selves. I support the notion of Andy Clark’s "natural born cyborg", meaning we as humans are made to constantly adapt ourselves with the help of non-biological tools to a changing environment. There is no dualism, no competition between technological and human evolution - they both go hand in hand. And brain plasticity is constantly rewiring our brain structure - even if we don't consciously realise that.

cafébabel: How do ethics come into this?

There is a general dilemma - ethics are based on moral conventions of a certain epoch, on the prevailing conception of mankind. Putting that against the rapid change of technological and human-machine co-evolutionary processes, present ethics cannot really keep pace.

In many ethical discussions there is still the picture of the autonomous and totally self-controlled human being that is kind of separated from objects and other life forms that surrounds us humans. From my point of view, that is very harmful and wrong idea - it has its roots in the Christian and Kantian philosophy. We not only share control with the technosphere (the technological world), we also share our identity with our wider environment/nature. As cyborgs we're also "just" a subsystem of a bigger system, our planet, and the universe as a whole.

We're in constant exchange with all of it, thus we're always only partly sovereign ourselves. I guess changing to this new cyborgian self-reflection is one of the biggest ethical challenges, to set up new ethical viewpoints for a cyborg future where humans are not seen as biological autonomous beings but share control and responsibility with broad range of other actors. 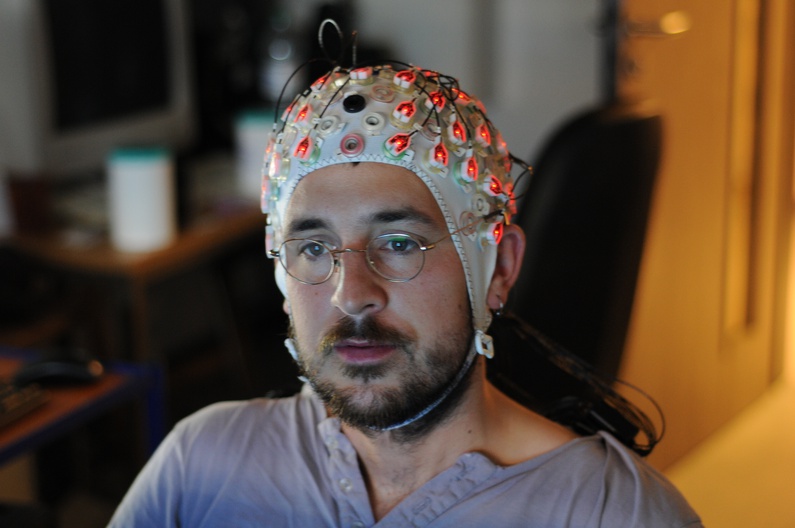 cafébabel: How do you see healthcare changing in the future?

Using technological implants for health applications has had societal acceptance for a long time. Nobody would question a pacemaker or artificial limbs/organs. Many of the applications that are coming up right now, blur the lines of what is called medical, fitness or enhancement. Wearables that track your physiological values and predict diseases open up a whole range of new applications for predictive medicine and a reorganisation of our current health system - towards a self-empowered patient.

From my point of view, the future of healthcare is deeply enmeshed with different kinds of technical assistance systems. There are already so-called biostamps, electronic tattoos that for example detect certain fluctuations in your biological system and can warn you if you for example lack a specific mineral or vitamin.

cafébabel: You say that men and machines have already merged. What are the positives and negatives?

The co-evolutionary process of humans and technology is neither positive nor negative. Besides the positives of gaining the possibility to develop a broader a view of what surrounds us, a new understanding of nature and new approaches in healthcare, the negatives are clearly on the side of our current capitalist system. Parts of ourselves not only inherently contain the capitalistic logic of building up new hierarchies and competition in an achievement-oriented society but also are owned by companies. We literally can go bodily bankrupt like companies within that system. It's against the idea of an inclusive cyborg society, where everyone who wants it should get access to upcoming technological capabilities.

cafébabel: In that relation, do you see a future divided between rich people who are “lucky” to have these provisions, and poor people?

If we follow the tracks and the societal norms we currently have, I'd definitely agree that future human-machine symbiosis will broaden the gap between rich and poor people. It's similar to what we experience with access to education - if you have money you can afford better education.

Technology itself is not only a tool for accessing future education, it's also a mean to develop your personality and your perception of the environment - thus granting or not granting access to technology will profoundly impact one’s life and democratic rights.