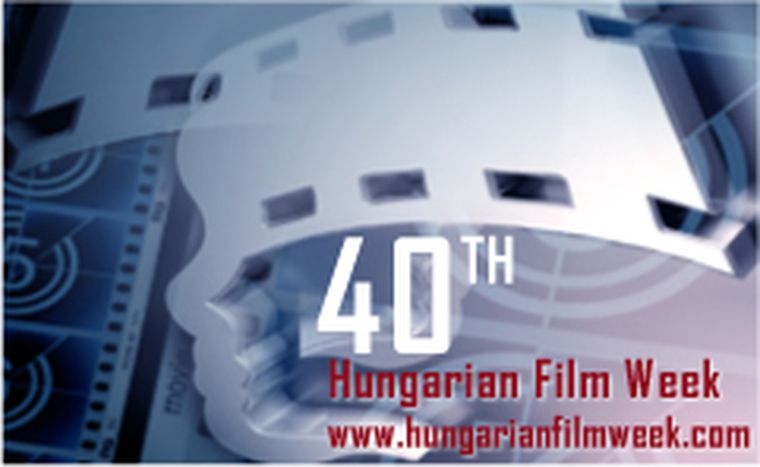 The carnival season has just arrived to Budapest and a lot of promising programmes will take place in February e.g. a dark-Gothic-metal carnival at the Bakelite Multi Art Centre but let's start from the beginning. 'La Nouvelle Vague' is the New Wave of French cult cinema dated as of the late 1950s and early 1960s and based on the defiance of conservative paradigm of classical cinematic forms.

And on 1 February A38 party boat presents a new Nouvelle Vague, the French band which have chosen to perform punk rock, post-punk and New Wave songs from the 1980s music era by way of using 1960's Bossa nova style or French chansons. It also has to be mentioned that the unique quality of the songs is guaranteed because the female singers of the band only performs songs that they had never heard before.

On the very same day the 'Comic Strip' exhibition opens at Club Gödör (1051 Budapest V., Erzsébet Tér), through to 1 March that presents a selection of flyers covering the promotion pamphlets of the underground party culture from 1995 till 2008.

The 40th Hungarian Filmweek started on 27 January and continues till 3 February, you may check out the movies in various categories on the website of the Filmweek and during the week you may also visit the 6th Hungarian Movie Poster Exhibition at MOM Park (1123 Budapest Alkotás u. 53.) and vote for the best posters online.

The Hungarian Contemporary Architect Centre (in Hungarian: Kortárs Építészeti Központ or KÉK) organized a one-day conference on 6 February and also opens an exhibition on the same day at Gödör Club under the name of 'Emerging Identities – EAST!'. The exhibition presents an architectural journey through contemporary built culture of the Central and Eastern European cities of the European Union (the project was started in Berlin and continued in the following cities: Bratislava, Budapest, Ljubljana, Prague, Riga, Tallinn, Vilnius, Warsaw) till 20 February.

Trafó House of Contemporary Arts (1094 Budapest Liliom u. 41.) for the fourth time in row presents the Festival Temps d’Images. During the Festival Trafó presents amazing pictures and thought-provoking performances, like new circus productions (performed by Ville Walo and Kalle Hakarainen - the Vanishing Point), theatre pieces, multimedia and live remix concerts and special films from ARTE television. The name of the Festival hints at the common attribute of these productions which is the complex usage of moving images.

On 14 February the Balkan Beats performs at the Club Gödör with Romano Drom, the Austrian !Deladap, DJ VANA and the French DJ Tagada. The day before Valentine Day the underground club Tűzraktér at 3 Hegedű utca reopens with an early carnival party and the Cökxpon Ambient Center gives home to the first Finnish multimedia festival.

Nevertheless as it was mentioned above the carnival festive season starts at the end of the month and the most interesting festival takes place at the Bakelit Multi Art Centre (1095, Budapest Soroksári út 164.) in a Gothic-Metal style on 28 February, just for devoted fans. Besides the Gothic party on 28 February the joint production of the Palace of Arts (MÜPA) and the Budapest Festival Orchestra presents another “composer’s marathon” and in 2009 the event is dedicated to Dvorjak. The concerts will be presented from morning to late evening at the several concerts halls of MÜPA under the artistic direction of Ivan Fischer.

For me the most awaited event in this month is the Gluttonous Thursday holds on 26 February. Gluttonous Thursday (or in Hungarian: Torkos Csütörtök) is the Thursday after Ash Wednesday (the day that marks the beginning of a 40-day Lent preceding Easter) in the Western Christian calendar. On Gluttonous Thursday gluttony is sort of compulsory since a couple of restaurants have joint the project and give 50% off the dining bill. The list of the adjoined restaurants can be found on the website www.menjunkenni.hu.