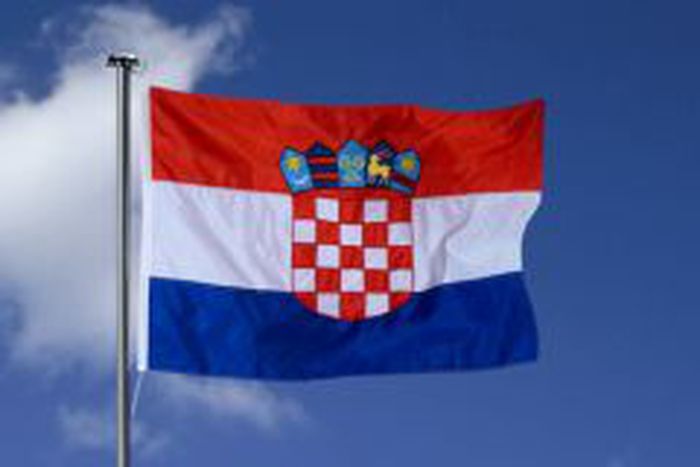 Croatia’s accession negotiations to EU: a pathway for South-Eastern countries

These statements reiterate the state of well being among the involved parts as warmly welcomed by President Barroso and Commissioner Füle few days earlier.

Croatia changed itself enormously during the last 10 years when the accession talks started, yet not necessary meaning that everything is done well. “As in all transition states, said Alexandra Cas Granje, Director at DG Enlargement, “market economy was overemphasized vis-à-vis political and institutional reforms”. For the ‘’ex-Yu”, “probably this is the best momentum to reconsider the past compared to the present”, added H.E. Branko Baričević, Ambassador and Head of the Croatian Mission to the EU.

The 6th enlargement of the EU brings Croatia as a frontrunner for EU’s accession. Amid concerns, there is strong evidence that talks will be concluded by the end of June 2011. Notwithstanding, support for full implementation of acquis should not be based on political alignment, but based on merit and facts. “We want to join EU as an equal partner“, said Andrej Plenković, State Secretary, Ministry of Foreign Affairs and European Integration of Croatia.

Overall, Croatia’s impetus to abide by all EU criteria and benchmarks unwrap the will of the political elite to overcome “accession fatigue” that has negatively coined to the countries of Western Balkans. On this basis, the Union’s supportive activities and commitments towards the aforementioned states is an additional indication of the determination of the EU to tackle successfully “enlargement fatigue”. For Croatia can emerge as a bridge between Central and Southeastern Europe maintaining good neighborhood and transferring knowledge and experience to both candidate and potential candidates countries, to mention just a few.

Perhaps for the small states “EU-isation” is a priority, most notably for the countries that suffered the abysmal of ex Yugoslavia’s disintegration. This approach largely follows what Dr. Baldur Thórhallsson, professor at the University of Iceland, said: “small states are more interested in joining EU because it’s on their national interest and their modest administration”.

Preamble to the negotiations talks between Croatia and EU is the Stabilization Association Agreement (SAA) signed in October 2001. The SAA was a good exercise for Croatia and paved the way for the country to apply in 2003 for EU membership. Later that year, Thessaloniki Summit confirmed the accession perspective advancing further the country’s dossier. In October 2005, Croatia became a candidate country, yet valuable time was lost due to Croatia’s commitments to the International Tribunal for the Former Yugoslavia (ICTY). Expressed satisfaction was reassured in 2009, when Croatia signed bilateral relation with Slovenia.

The Hungarian Presidency underlined the importance of Croatia’s accession talks with EU. To this direction, substantial progress has been achieved thus far in terms of acquis, yet 4 chapters out of 35 remain open. The Commission has drawn detailed conclusions regarding Croatia and now is up to the 27 Member States to decide about the future process of negotiations. To put it in a nutshell, “The ball is in the hand of the Council”.

The conclusion of the accession negotiations does not ensure automatic inclusion. Croatia needs to close successfully all 35 chapters. For H.E. Peter Györkös, Ambassador, Permanent Representative of Hungary to the EU, “acquis is a moving target”. “Croatia”, he continued, “must work hard going to details on issues regarding EU”. For the first time in EU’s enlargement history, European Parliament (EP) has to give its consent. In the meanwhile, a referendum will take place 30 days after the accession negotiations are closed according to the Croatian constitution. Herein, critics assume that there is not much time on behalf of the government to mobilize citizens and civil society. Moreover, the forthcoming elections should have been scheduled for after the closing dates. “Croatia’s accession within the EU is a victory of the people and must not work as a political asset of parties’ policies”, highlighted Hannes Swoboda, Member of the EP and Rapporteur on Croatia.

Croatia’s optimistic developments in what is now called a “Yugosphere” yield a positive sign. However, as Doris Pack, Member of EP, Committee of Foreign Affairs said: we must be very cautious when we deliver the message”. Croatia’s experience showed that political criteria, bilateral relations and internal problems, if not prioritized, they may lessen the negotiations. In a period that the EU’s values and future are questioned by the global economic crisis and significant social issues – discussed in the forthcoming European Council Summit - the re-starting of the enlargement process with the accession of a country suffered by a brutal inter-ethnic conflict just 16 years ago, could give impetus too both the EU and the SEE countries that are trying hard to meet the necessary criteria for accession.

A narration of reconstructing the Western Balkans