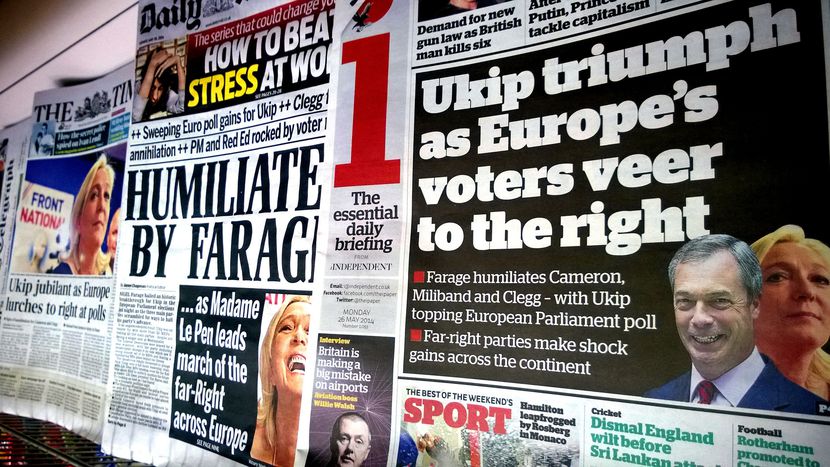 Crisis and far-right parties: guess who is supporting them

With the financial and economic crisis in the European Union, we witnessed the surge of new political parties from the left to the right in the political spectrum. After the elections for the Parliament, we had a clear image of how discontent citizens are across Europe.

Timo Soini, leader of the True Finns, won 12.9% of the national electorate, electing two parliamentary to Brussels. In Germany, the National Democratic Party leaded by Udo Voigt had 1% of the votes. Voigt had already problems with justice in Germany after declaring that “Hitler was a great man.” In Greece, the Golden Dawn is known as an ultranationalist party, resembling fascists and neo-Nazi’s ideology. Ilias Kasidiaris is the leader of this political party which elected three politicians for the Parliament with 9.3% of the votes. 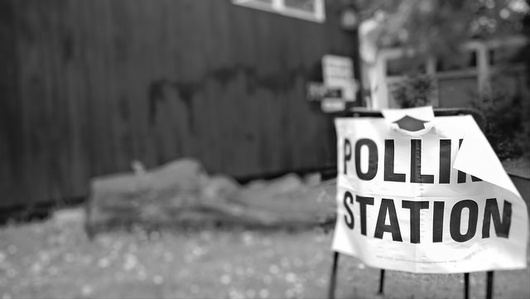 In the UK we see Nigel Farage, UKIP’s leader, more and more popular with a fresh new seat in the UK Parliament after a byelection triggered by the defection of former Tory Mark Reckless. UKIP won 26.77% of the electorate for the European Parliament, and after these new achievements, the future seems to be smiling for the coming general elections, in 2015. Another dreadfully successful case is happening in France, with Marine Le Pen leading the Front National with 25% of the votes for the European elections. A couple of months before, Le Pen had very good results in the municipal elections. In Austria, Heinz-Christian Strache is leading the Freedom Party of Austria, which collected 27% of the votes for European seats. In Hungary, Gabor Vana is leading Jobbik, considered, in terms of ideology, quite close to Greek Golden Dawn. With almost 15% of the electorate, the party assured a second place in the European elections. In Denmark, Morter Messerschmidt leads the Danish People’s Party, which was the biggest winner in the country, with 26.6%.

Who votes for them?

All of these political parties have now representation in Europe, and despite not being guided by the exact same ideology and principles, they all have in common an eurosceptic vision towards the European Union, and  immigration is a priority to tackle.

Matthew Goodwin, a political science expert and associate fellow of Chatham House, has been working on a study trying to find out which kind of population’s segment vote for anti-politics parties. Goodwin revealed that the surge of these parties is related with the way they communicate with people, focusing more on substantial questions rather than complicated political language which normally the common citizen doesn’t understand. “The big problem for the mainstream parties is that the radical right is presenting this as a challenge in a language that is far more resonant for the left behind groups than that used by mainstream parties,” said Goodwin in an interview to New Europe.

According to the Times, Front National’s leader admitted her party is receiving monetary support from a Russian bank, pointing to clear evidence that Putin is backing eurosceptic political parties all over Europe. The Kremlin’s support has also been reaching Greece’s neofascist Golden Dawn, Vlaams Belang in Belgium, Italian Northern League, Hungarian Jobbik and the Freedom Party of Austria. Reportedly, all of these parties, with exception to Greek Golden Dawn, are supporting Crimea’s annexation by Russia.

Some of these far-right parties are solidified by the image of a popular leader, which is the case of Farage in the UK or Le Pen in France, however, this newly announcement of “cash injection” is only going to make them stronger, especially when we know the support is coming from Putin...

On the other hand, we saw the recent formation of Portuguese left-wing party LIVRE, and even more recently, the Spanish party Podemos. As a new left progressive wave, these two Southern political parties were created with the aim of tackling the European crisis in a reaction to the toxic austerity measures implemented in both Portugal and Spain.

Portuguese LIVRE’s idea came from the former MEP Rui Tavares. In one year this determined political party was able to establish itself as a solid party with future plans of coalitions and counts already with support from influential figures from the left wing political landscape. Unfortunately, LIVRE couldn’t elect deputies for the Parliament, but if the exact same election would have been for the general election, they would have won two seats in the Parliament, which is remarkable for a newborn political party.

As for Podemos, MEP Pablo Iglesias Turrión was the creator of the party, being now its  Secretary-General. Its existence counts less than a year, but in Spain it is already believed to be competing with the main political forces – PP and PSOE – as in the last European elections Podemos obtained 5 seats. This outcome was completely unforeseen and the party has practically quadrupled in six months after gaining 1.2 million votes for the Parliament. Should we tie our hopes for these emerging forces of change?