Paris has gone on the warpath against climate change. The French capital has some of the lowest levels of recycling in Europe, which is why mayor Anne Hidalgo has launched an ambitious plan to turn Paris into the one of the world's "greenest" capital cities in four years. Can Paris lead the world by example?

Anne Hidalgo, has begun a genuine green crusade in earnest since becoming the mayor of Paris in April 2014. Or, at least, that's the image she wants to present to her 2 million citizens (or 12 million if you take into account the whole metropolitan area). After holding a "successful" climate conference last December, her team have started up a campaign to transform Paris into a city with "zero waste" by 2020.

The plan is nothing if not ambitious. Léon Garaix, Paris councillor in charge of waste disposal under deputy mayor Mao Peninou, explained to cafébabel that Parisians produce 5 million tonnes of waste per year. The majority of this waste (80%) is disposed of in incinerators despite the fact that half of it is  recyclable material. "Our main objective is to make sure that half of this 80% ends up in the yellow and white recycling containers," claims Garaix.

How will this lofty aim be achieved? The municipality has developed a four year plan that will increase the number of public recycling bins and launch "a major campaign" that will educate citizens on how to separate rubbish, including - and this is the big novelty - organic waste. "The idea is to reduce general waste by half by putting more waste in recycling," explained Garaix. This increase in the recycling quota will also include "about 15 to 20% of biological waste" through a door-to-door collection system. Hidalgo's cabinet has planned to put in place a system of organic refuse collection to create compost before the end of 2016 in the 2nd and 12th arrondissements of the capital, although the city still has not put this part of the plan into practice.

According to the ecological group 3R, the programme that local government are going to put in place in Paris is a "great step forward", given of course that the communication campaign is effective. "If they don't explain to you the errors that you may end up making, like, for example, throwing out a plastic bag within your rubbish, then this means that nothing in your rubbish can be recycled" says Anne Connan, from 3R. "In Frankfurt, there was a food waste collection service that went door-to-door, but only once a week, which meant that people just stopped doing it. It will be important to watch and see how they implement the plan in Paris to ensure that the same thing does not happen," she explains. 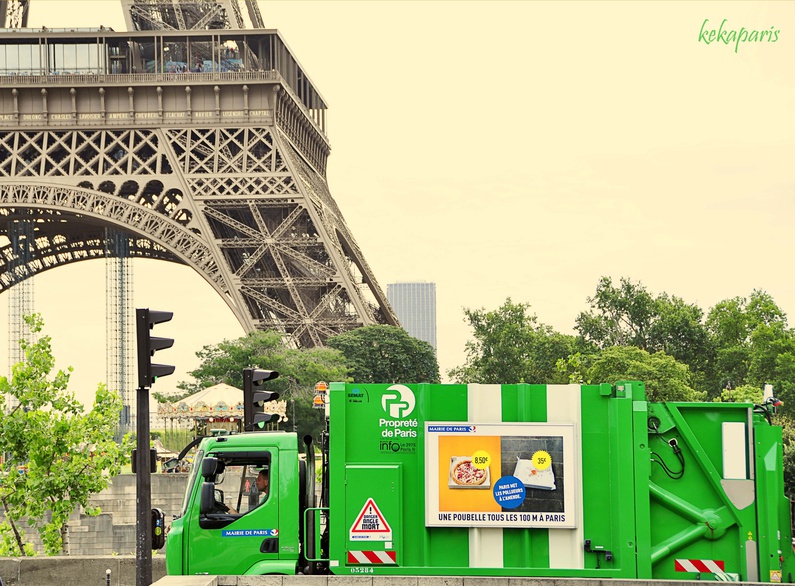 3R highlights the success that similar initiatives have had for some time in cities like San Francisco in the US or in Milan in Italy and recommend the fining system in place in Turin, the capital of Piedmont. "If there is a bin that does not meet regulation, they will find the owner - which is generally easy to do - and speak to them. If it happens once or twice again, the person is given a fine."

This type of programme has had considerable success. "In Milan, which had mediocre rates of recycling like in Paris, when they started to collected organic waste, it lead to an increased rate of recycling generally," claims Garaix. "In a few short years, Milan went from 20% recycling to 50%, which represents an enormous change. That's what we hope to achieve here."

Although 3R are satisfied with the initiatives put forward, hoping that they will quickly come into effect and that Paris will start "recycling properly", many ecologists are not convinced. Connan highlights that at first these plans will only affect households, which is a "significant" improvement as "organic waste makes up 25% of rubbish in Paris." Nevertheless, she stresses that public services and businesses will not be affected straight away (supermarkets, schools, hospitals, work canteens) and that these later changes depend on a 2009 law that states that new waste disposal measures must be implemented slowly.

"The problem with door-to-door collection is firstly that you have to organise collections so that they occur as frequently as possible," the activist insists. "Also, containers for organic waste have to be circular to facilitate regular cleaning," she explains, adding that it would be advisable to separate "dry" waste, which can be collected less regularly, from "moist" waste.

To face up to some of these issues, the mayor's office in Paris has planned to promote voluntary recycling by issuing skips in the streets and "Trilib" containers where glass, paper, cardboard, plastic and clothes can be recycled. Currently, there are only containers for glass and clothes recycling in the city and there are not many of them. 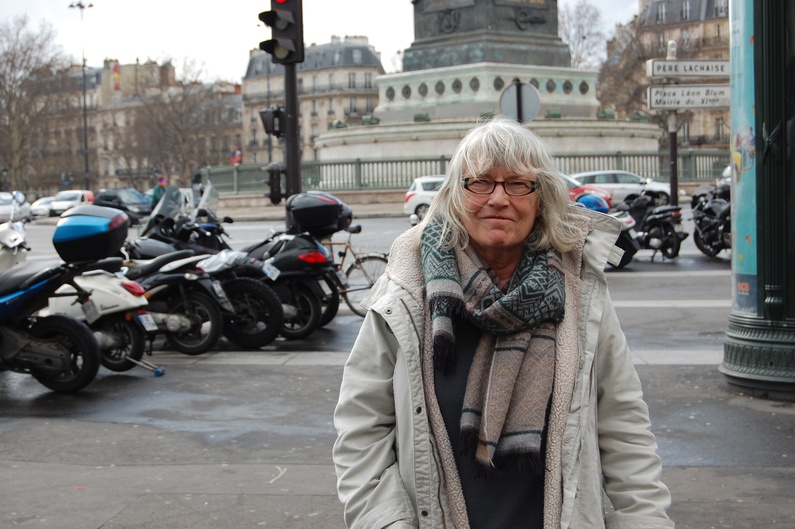 All things considered, 3R have stayed true to their radical spirit and continue to criticise the mayor's plan for not being ambitious enough. Instead they propose even more drastic changes in waste disposal and the complete elimination of incineration as a method of waste disposal.

"The use of incineration as a waste disposal method has massively hampered recycling efforts. We have ridiculously low rates of recycling of around 10%, equal to Marseille, according to Syctom (The Metropolitan Agency for Domestic Waste)", Connan laments. "We are very behind." As the Ivry incinerator has been renovated in the south of Paris, which has been one of the strategic battlefields of 3R for many years, ecologists suggest an alternative programme, entitled Plan B'om.

"It's aimed at the entire population of Paris and shows that we have no need to rebuild the incinerator if we put in place fairly simple measures that have been tried and tested in other cities in France and abroad," she explains. "It's not a zero waste plan, it's a reasonable plan. We cannot go from having 10% recycling to 65% in 10 years in Paris [as the law of energy transition demands] our plan is to reach 35%, which is not bad at all and it's very achievable."

Anne Connan admits that, at first, putting this programme into place will need considerable investment, but emphasises that it will bring long-term economic benefits. "At first, investment will be necessary, [buying] small refuse trucks, distributing rubbish containers and organising collection for different types of waste," she clarifies. "However, very quickly afterwards, everything will become a lot cheaper as it is a long-term investment." In other words, the plan would cost 100 million euros initially, which is a lot lower than the costs of rebuilding the Ivry incinerator, which would be around 500 million euros, according to Connan.

When asked about this thorny issue, Léon Garaix rejected the supposition that Hidalgo's plan will lead to the closing of incinerators, although he highlights that by encouraging recycling, the amount of waste that is incinerated each year will decrease considerably.

The fight against the renovation of the Ivry incinerator is a war that has had multiple key battles and, for the moment at least, it appears that the ecologists are winning. At the last local council meeting at Ivry, which took place on 20 October, councillors voted against the rebuilding of the incinerator and asked to put in place an alternative project that "avoids incineration and commits to an efficient and ecological management of waste", 3R announced in a press release. "This vote may have marked a turn in debates about the project, which has gone on for more than 10 years," remarks Connan, who applauded the result. 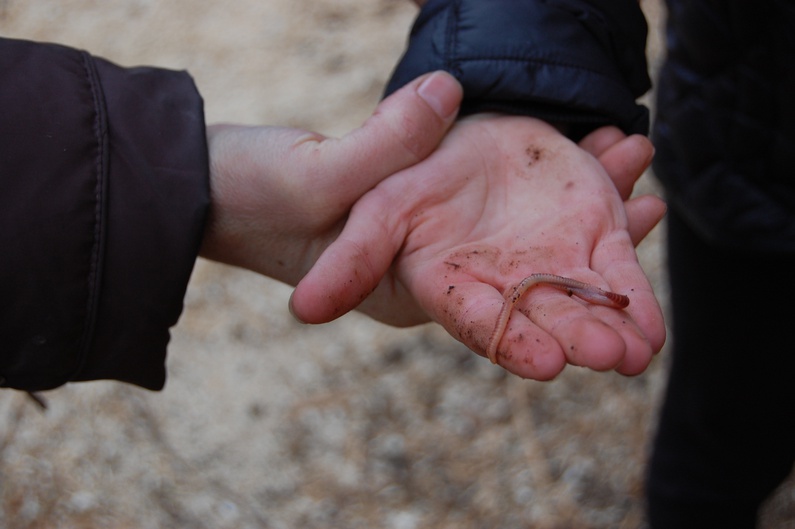 However, the green crusade is not limited to offices and businesses. The war on climate change is also being waged daily on the streets. Take for example, a neighbourhood group in the 13th arrondissement of Paris, in the south east of the city, which in June 2015 opened the first compost treatment centre run entirely by neighbours.

Nevertheless, head volunteer Isabelle Moréteau admits that opening up the centre was no easy task. The initial idea was to have a door-to-door collection service but this was impossible to put in place due to legal implications. In the end, they decided to open up a volunteer centre for waste management. Now, around 1.5 tonnes of waste is collected here each month, thanks to the help of around 200 volunteers.

"We are the victims of our own success," Isabelle laughs, as she glances at her two children who often help her remove decomposing waste. "We realised very quickly that people were very interested in donating their waste. There is no longer any space for it all! The fact that people come and get involved is a great feeling though." 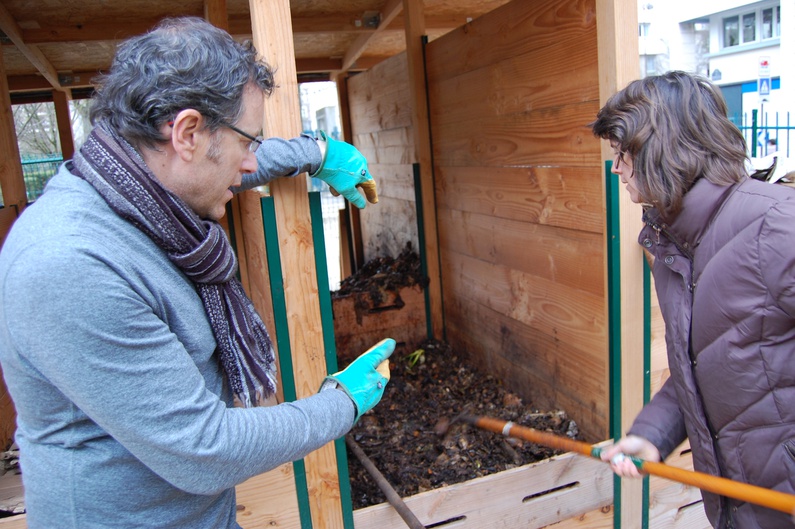 J'aime le Vert, a sister association that runs a similar project in Alfortville to the east of Paris, were originally in charge of the project for the first two years. "Within less than a year, a neighbourhood group was created here [in the 13th arrondissement] that would go on to run the project permanently," explains Damien Hubron, president of J'aime le Vert.

The centre cost 8,000 euros, which was paid for in part by Syctom, the local government, regional funds and sponsors. "It was built in a penitentiary centre, which they gave us to set up the centre, but the construction work was fairly expensive, so we built it ourselves in just one day in June 2015," Isabelle says, smiling at the memory.

Now, more than a year later, it's become a communal space for activities and social awareness raising, which has in turn created a more collaborative local community. The success of the project has been the result of team work and long months of getting signatures for their petition and protesting outside their local council, driven by the determination and conviction that, by working together, we can all create a cleaner society that treats the environment with all the respect it deserves.