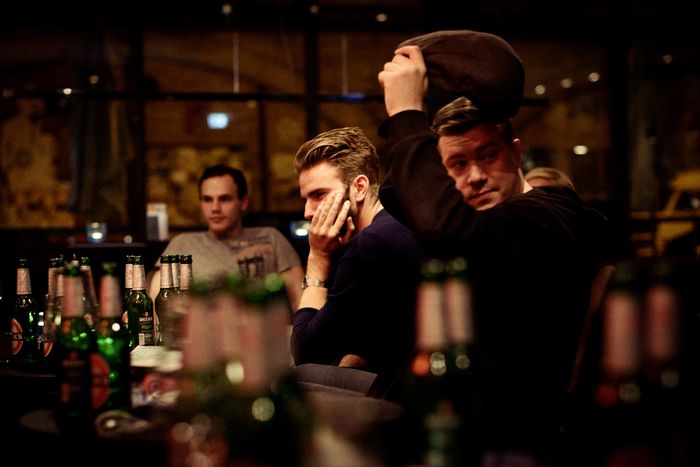 Crafting a Revolution: The Rise of Craft Brewing in Europe

In the 6,000 years since beer's existence, brewing practices have radically changed. While some breweries still like to toot the horn of tradition, such as with the Beer Purity Laws in Germany, consumers in recent years have leaned towards innovation and variety. An exploration of Europe's changing tastes.

On October 14, 1978, former American President Jimmy Carter signed a law giving home brewers a tax exemption for beer that was intended for personal use, effectively paving the way for a radical shift in the way beer has been produced and perceived. Although it hadn't yet become a cultural trend, craft brewing — as it's known today — became a new frontier for Americans who had grown tired of the watered-down lagers of large corporations such as Budweiser or Miller, two of the few who lent Americans the international reputation of being 'incompetant brewers.' But today, the tides have turned. Through the burgeoning of craft microbreweries in the United States, Europeans who have gotten a taste of American craft beers such as IPAs (India Pale Ales), farmhouse saisons or imperial stouts, among other varieties, have also grown tired of bland beers made by large European breweries who boast their ties to tradition and reputation. But will those breweries be able to live up to their reputations in light of a new emerging tradition?

Einstök - The Vikings have arrived 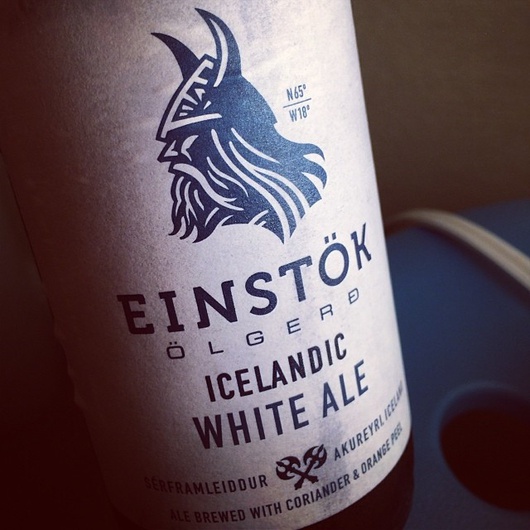 In 2008, Jack Sichterman was working with a group who was searching for new sites to create a new line of luxury bottled water. They soon found the lush rolling hills and valleys of Iceland and discovered it had some of the purest water in the world. Since water makes up 90% of beer, Sichterman, who had worked with Miller before, and who had helped launch Tsingtao in the United States, realised he'd stumbled upon a treasure trove. With only two breweries spliting the beer market in Iceland, both of which were producing boring, corporate lagers, he and David Altshuler knew they had to make land to brew good beer. In 2010, Einstök Ölgerð — which means "unique brewery" in Icelandic — emerged, brewing their first beer in late 2011 with the help of Baldur Karason (aka Baldur the Brewmaster), the most prestigious and accredited brewmaster in Iceland. But how receptive has the Icelandic public been to the beers that this young brewery makes? "It took a little while to change perceptions, but it's gotten to the point where bars and restaurants are finally using our name on their chalkboards, because they know it will drive traffic into their location," says Sichterman. To date, Einstök holds 45% of exports of all alcoholic beverages from Iceland. But Einstök was just the beginning of craft brewing in Iceland. Now there are craft breweries such as Ölvisholt, which has become known for their "Lava" imperial stout, Borg Brugghús, and Kaldi, all of which are experimenting with recipes to establish a new norm for beer. "Like anywhere else, we want craft beer to take its rightful place in the market. There are still a lot of artificial forces keeping us out of places where the big brewers don't want us to be, but we see that changing, slowly but surely, driven by consumer desire to have great beer." 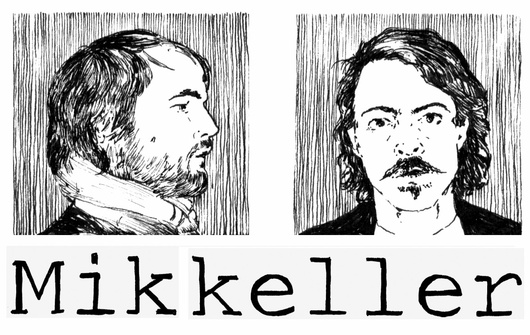 As you get closer to mainland Europe, you begin to see different approaches to craft brewing. In Denmark, a country that for decades has had the choice of either Carlsberg, or beer produced by the Royal Unibrew brewery group, it's estimated that there are now close to 200 microbreweries. Among them is Mikkeller, a gypsy brewery based in Copenhagen that's considered one of the most innovative. In the craft brewing world, a gypsy brewery is one that doesn't own its own brewing facility, but rather rents the facilities of and collaborates with other breweries, giving them the financial flexibility necessary to experiment with high-quality ingredients. Mikkel Borg Bjergsø, who was a physics and math teacher at the time, began experimenting in his kitchen in 2006. After winning a handful of brewing competitions, he decided to sell his beer on the market. Now, he exports to 40 different countries across the globe. Although there's still a long way to go, people in Denmark are keeping their eye out more and more for quality. "People want better beer, they want to develop their palates and have new experiences. The big commercial breweries simply can't offer that," says Bjergsø. For him, the difference between craft brewing and commercial brewing lies in the amount of passion put into the product. It all rests on quality ingredients, not compromising the recipes, and using the best brewing methods available. "We brew extreme beer and use extreme ingredients. We're known for that. To date, we've brewed approximately 700 different kinds of beers." One time, a Danish politician discovered that Mikkeller was using coffee beans that were first passed through the digestive systems of weasels, considered a delicacy in many parts of the world, as an ingredient for their 'Beer Geek Brunch' imperial oatmeal stout. Appalled, the politician reported Mikkeller to the Danish health inspectorate because they were using 'shit' as an ingredient. But because the beer brewing process effectively kills off any and all forms of bacteria, the case was dropped.

Hubris in the face of the 'Reinheitsgebot'

The one country that's been having the most difficulties establishing a new norm for beer has been Germany. The Reinheitsgebot, or German Beer Purity Law, which has been around since 1516 has caused a lot of problems for younger brewers who'd like to share a stake in the art of craft brewing. The law states that brewers are only allowed to brew beer with three ingredients: water, barley and hops. Little do people know that although most beers in Germany carry the seal of 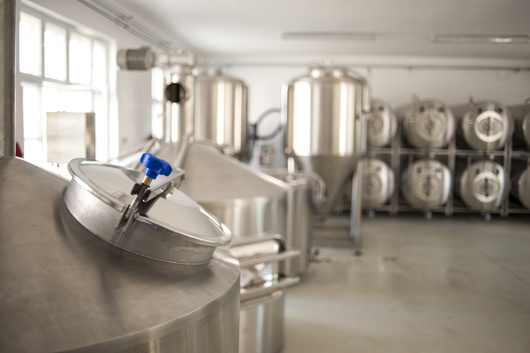 'purity,' the law has little to do with modern brewing practices. Historically, the Reinheitsgebot was implemented because of food scarcity and inconsistent harvests. Wheat beer, or hefeweizen, was so popular at the time that Wilhelm IV, then Duke of Bavaria, implemented the Reinheitsgebot to ensure that there would be enough wheat available to feed his subjects. But the law wasn't just aimed at conserving wheat. Spelt grains, rye and oats were also targeted, all of which have been used for thousands of years to produce so-called beer. So, what determines if a beer can be considered beer? Rather than being determined by the Reinheitsgebot, no matter how much big German brewers would have their customers believe, modern German beer is actually brewed according to a federal law that was enacted in 1993 to ensure that chemicals and other foreign matter that pose health hazards don't wind up in the end product. That has led to what some craft brewers today consider a very constricting situation when trying to explore new flavours and aromas. But craft brewers have gotten around that. "A dark beer with extra dark roasted coffee beans is simply called a 'Coffee Stout'," says Sebastian Mergel, owner of Berlin-based BierFabrik, formerly known as Beer4Wedding. Mergel points out that Berliner Weisse has historically been a traditional form of beer, but that because of its ingredients, it can't be labeled as beer, due to the federal law of 1993. But ultimately it comes down to consumer tastes. "Germans now recognise that other countries are also capable of brewing wonderful beers, sometimes even better," says Marcus Wanke, owner of Berlin-based

Wanke Bräu. "It's like in a kitchen. In a small restaurant, you're able to cook with love. In a cafeteria, you also get something to eat but it can't be cooked with love — most people can taste the difference in emotion." And this could have large implications for German beer giants who still pride themselves with labeling their beer with the Reinheitsgebot. Some of them fear that a radical shift in the German beer market could threaten their claim to tradition, such as with the establishment of foreign breweries in Germany. The American microbrewery Stone Brewing Co., for example, which is known for its very hoppy IPAs, will be opening a location in Germany come late 2015, early 2016, with the goal of tapping into new emerging consumers tastes.

But some brewers see the situation differently. Philipp Brokamp, who opened Hops and Barley in 2008, a pub brewery that has a seating capacity of 80, and which only serves its beers on draught, doesn't think the shift will be so radical. Although he also loves IPAs and loves to experiment with different ingredients like rye, buck wheat, rice and oats, he knows Germans love the long-established cheap prices of beer. "I think in the next couple of years, over 95% of German beer will be just as it is today. Craft brewing is a very small market and most customers like their 'traditional' beer. I recognise that many people think it's interesting to taste special beers, but at home, they have their cheap pilsners." But he doesn't lack hope. "If more and more small breweries emerge now, things will change. It will be slow, but it will happen."

Robert Pazurek, who was born and raised in Berlin, had been sampling any and all beers he and his friends Florian Sternke and Dirk Hoplitschek could get their hands on before starting an online database for beer. They lost track of the different varieties they sampled, so they decided to create a web app to track their tasting experiences. From that emerged the Bier Index, a website aimed at encouraging consumers to "not just say 'brand x is my favourite because the TV and my football team say so,' but rather to go deeper into the nuances of the beer and think about what you do and don't like about it," says Pazurek. With a little help from their Bier Index, creative projects and offline events, such as the Bar Convent Berlin, a renowned bar and beverage convention for professionals that they recently hosted, maybe Pazurek and his team will be able to help put Germany back on the international beer map.

Beer, as with any artform, expresses individuality. In the art world, some people may prefer a Monet over a Jackson Pollock, just as some people may prefer a Belgian-style quadrupel ale over a Baltic-style porter. But the fact remains: variety is the very crux of any diverse culture. Maybe we have the Americans to thank for giving us a lesson in beer culture, or maybe we should sing former President Carter our praises. But ultimately, it's the young and innovative European brewers today who are creating a new, vibrant and exciting landscape — a landscape that we can't entirely predict, but one that we look forward to with whetted taste buds.