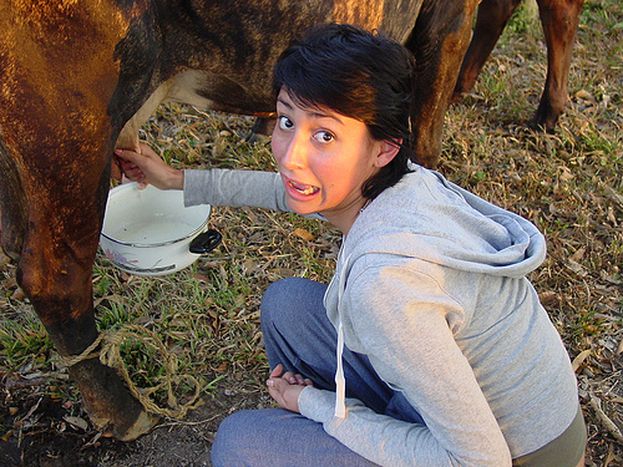 The busy beaches of Ibiza, Polynesia or the Seychelles are no longer the obvious tourist destinations. Times have changed, and travellers are demanding something different from their holidays. What could be better than immerion in nature, with plenty of wine and farm-fresh food to hand?

Lost worlds with an everyday, simplistic feeling to them are replacing exotic destinations and artificial paradises, or party destinations like Ibiza. In Italy, the movement is known as the 'return to origins', and it's got nothing to do with the stereotypes with which the peninsula is usually associated, whether the usual world-famous cities of art, coastlines, or pilgrimages in the name of fashion or religion. Ancient dwellings, once the summer residences of the Italian aristocracy, are joining humble farm buildings in becoming the sought-after destinations for the élite holidaymakers who manage to bag one. We are not talking about Florence, Venice, Rome, or Naples; but unknown towns such as Alberobello, Conversano, Noicattaro, whether in rural Puglia or in small-town Tuscany, tucked away from the tourist chaos of Florence.

Hiding from the tax collector 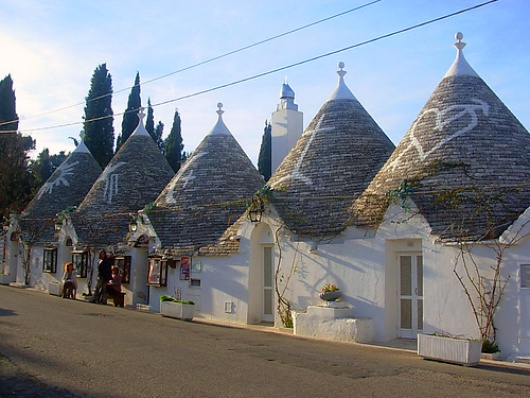 The Valle d’Itria, is known as 'trulliland' because of its trulli. Of ancient, prehistoric origin, trulli are the conical shaped, white-limed traditional buildings found exclusively in Puglia. The region has become increasingly well know since world heritage site by UNESCO. The interesting thing about this sort of building is that no-one would could have predicted that they would become coveted destinations for rich holidaymakers. The trulli were originally designed with this particular architecture in order to evade taxes on housing, and to use smoke signals to warn of the arrival of the taxman doing a spot check. The roof could be taken off so that the rest of the building would look like a simple heap of stones; once the danger had passed, the roof would be rebuilt and put back like a lid onto the stone shell. Today it’s not unsual to find big VIPs among the proprietors of such dwellings (perhaps continuing the tax-evading tradition) along with flocks of tourists from all over the world.

'Every local feels at home' 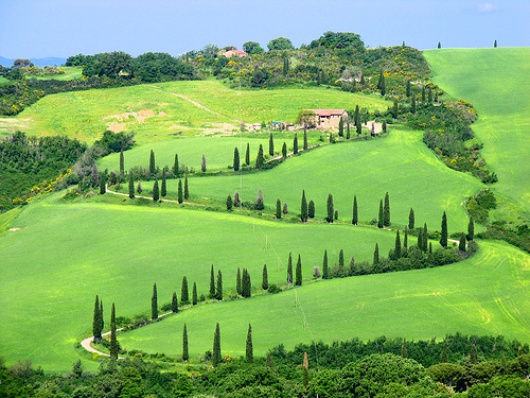 The style of 18th Century manor houses is altogether different. They are old aristocratic dwellings that are like hidden capsules of culture. Sanrà is the manor house of the Noja barons; found between the towns of Noicattaro and Mola in the province of Bari, an area which boasts a history intimately entwined with the lives of its citizens. Sanrà made the change from aristocratic residence to rural manor house (when it was known as Gallinaro) to become a refuge in the dark period when the plague swept the country. Today it has been restored and transformed into a large cultural project. It welcomes both private events such as weddings and anniversaries,  and also hosts cultural activities and everyday events. 'The power of these houses is not in the earth or the stones, but it’s in the magical relationship found between these structures and the land which holds them. Every local feels at home in this manor house; each one grew up here and feels that the house will continue to be a part of his life,' says owner Sante Radogna.

An insight into rural life 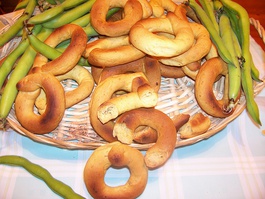 Another movement sweeping Italy is the phenomenon of agriturismo. Agritourism is a rural project to host tourists in the manor farms scattered throughout Italy. Remote villages in rural Tuscany are becoming more well known due to the opportunities they offer tourists to join in their traditional way of life, making pasta and dairy products and tending vineyards. All that is asked of the tourist is to enjoy nature and to take an active part in local production. The prices for these unusual corners of paradise range from 250 Euro to 20 Euro per day. There's no clubbing or continual entertainment; no trendy nightclubs, no queuing for museums. It’s a very different dolce vita (good life) from the one depicted by Mastroianni, but one that is all the rage among young European holidaymakers. All in all, a glass of wine with a couple of taralli (small, hard sweet or savoury bicuits), accompanied by some local cheese is a wonderful experience to be had in Italy. It's even better if you've picked the grapes yourself, made the pasta dough and milked the cow!

How to get there

- By car: take the state highway 16 to Mola di Bari and continue to Contrada Gallinaro between Noicattaro and Mola.

- By public transport: take the train to Bari, ferrovie Sud-Est or the Sud-Est line bus, or the Miccolis bus to Noicattaro, then continue with private transport to the Masseria (30 minutes’ travel).

- Alberobello: By car on the state highway SS110 in around an hour from Bari, or for the scenic route take the SS16 to the Alberobello exit heading towards Monopoli and then the SP113.

- By public transport: the south-east rail service from Bari central station. There are many tour operators who organise guided tours which include transport from various sites.